As I told you in my previous blog, everyone does have their breaking point; however, I’m not making an excuse or trying to justify my actions. After I lost my temper with Teresa and I realized what I had said, I apologized for my outburst. I felt terrible and I didn’t need a PR rep or publicist to tell me that I should apologize, and I didn’t need to check my Twitter or Facebook page to see what the viewers thought of my behavior. Right is right and wrong is wrong. It’s just that simple, so without leaving the couch and without anyone talking in my ear telling me what I should do, I said I was sorry. I felt bad for the things I said, because I allowed Teresa to drag me into a dark place after Teresa brought her mother and father into our conversation. Whether provoked or not, I am not proud of my outburst. I have never purposely tried to cause harm to anyone, and I do not live my life that way.

I know that you heard my sister Rosie from backstage. As upset and frustrated as I was with Teresa’s comments, Rosie was even more blown away -- she tried to leave the building and be alone. She needed to blow off steam, and who can blame her? I was glad that Lauren was able to talk to her.

We sat on those couches for over 12 hours, and it was a battle to be able to finish a complete sentence without the constant rude interruptions from Teresa! As Rosie is explaining our reasons for the distance at one time in our lives, Teresa interrupts and insists that she knows more about our relationship than we do. You can’t imagine how terribly frustrating it is to be asked a question, try to give an answer, and be continually interrupted by someone who truly has no idea what they are talking about! I find it amazing that the person who has the most difficulty maintaining any semblance of a healthy relationship claims to be the expert on my marriage, my relationship with my sister Rosie, and the relationship that existed between my father and his daughters. How does she come up with this stuff? Really! 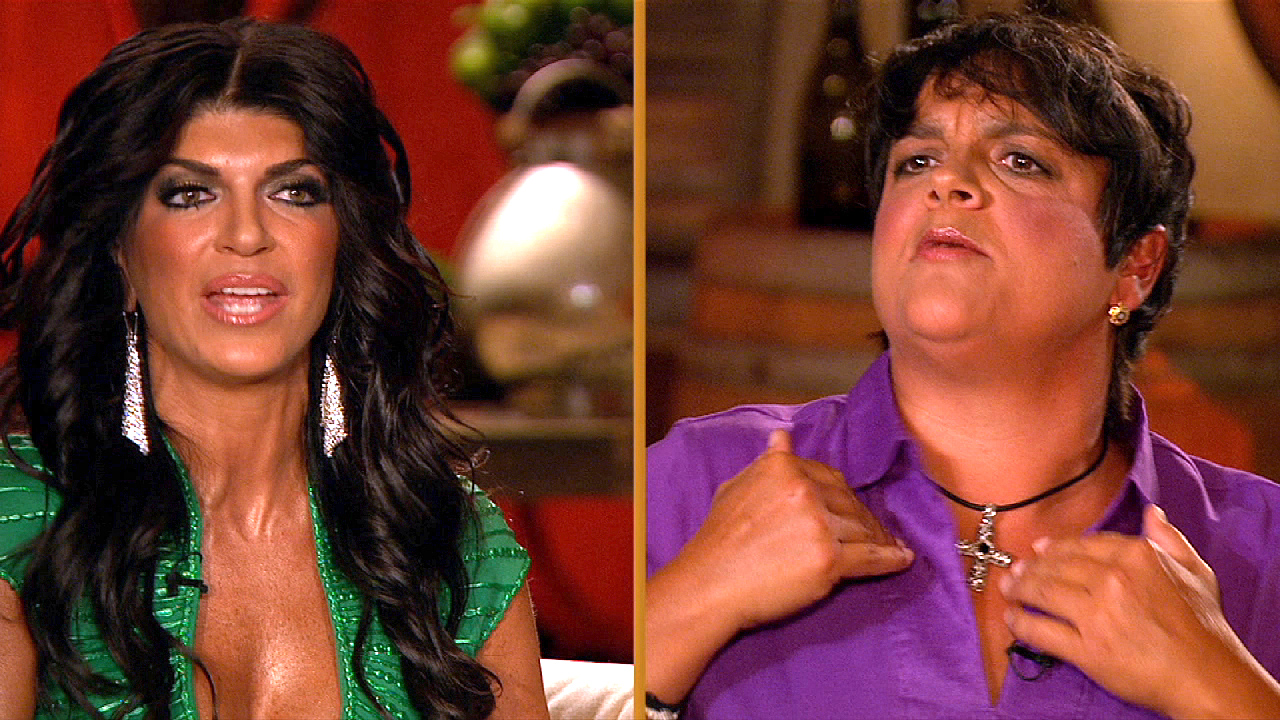 For the record, Teresa, going forward let’s keep our parents out of this.

Now on a lighter note. I got so many tweets from so many people about my appearance. Thank you all so much for noticing! I take it as a compliment. Can’t even try to pull a fast one on our observant viewers these days (not that I even tried). Being upfront always works for me anyway. As I mentioned, the only permanent thing that I did was have the bump removed from my nose.

I got so many tweets this week after I tweeted a picture while we were having dinner with our friends Lea Black and James Davis aka Elaine Lancaster from The Real Housewives of Miami this week. No, no, I didn’t get new bubbies! Haha! That’s all me and maybe a new bra!

Talking about looks, I find it fascinating to look back and see how appearances have changed since the beginning of the show. I especially like to note the fashions, hairstyles, and hairlines that have evolved since Season 1. Now there’s a basis for comparison! Next time Bravo runs a marathon, check it out for yourselves.

As we wind down for the final segment of the reunion, I have so many feelings both positive and negative. It has been a roller coaster ride from beginning to end, so please stayed tuned, because you need to know that it isn’t over yet!
Preview
The Unforgettable New Jersey Conclusion 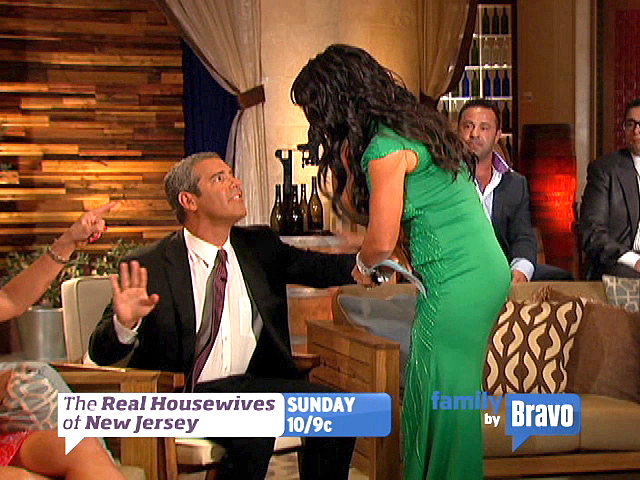 Dolores Catania Will Not Be Moving Into David Principe's New Home

The Girls Say Goodbye to Joe Giudice in Italy

How Does Danielle Staub Feel Heading Into the Jersey Reunion?