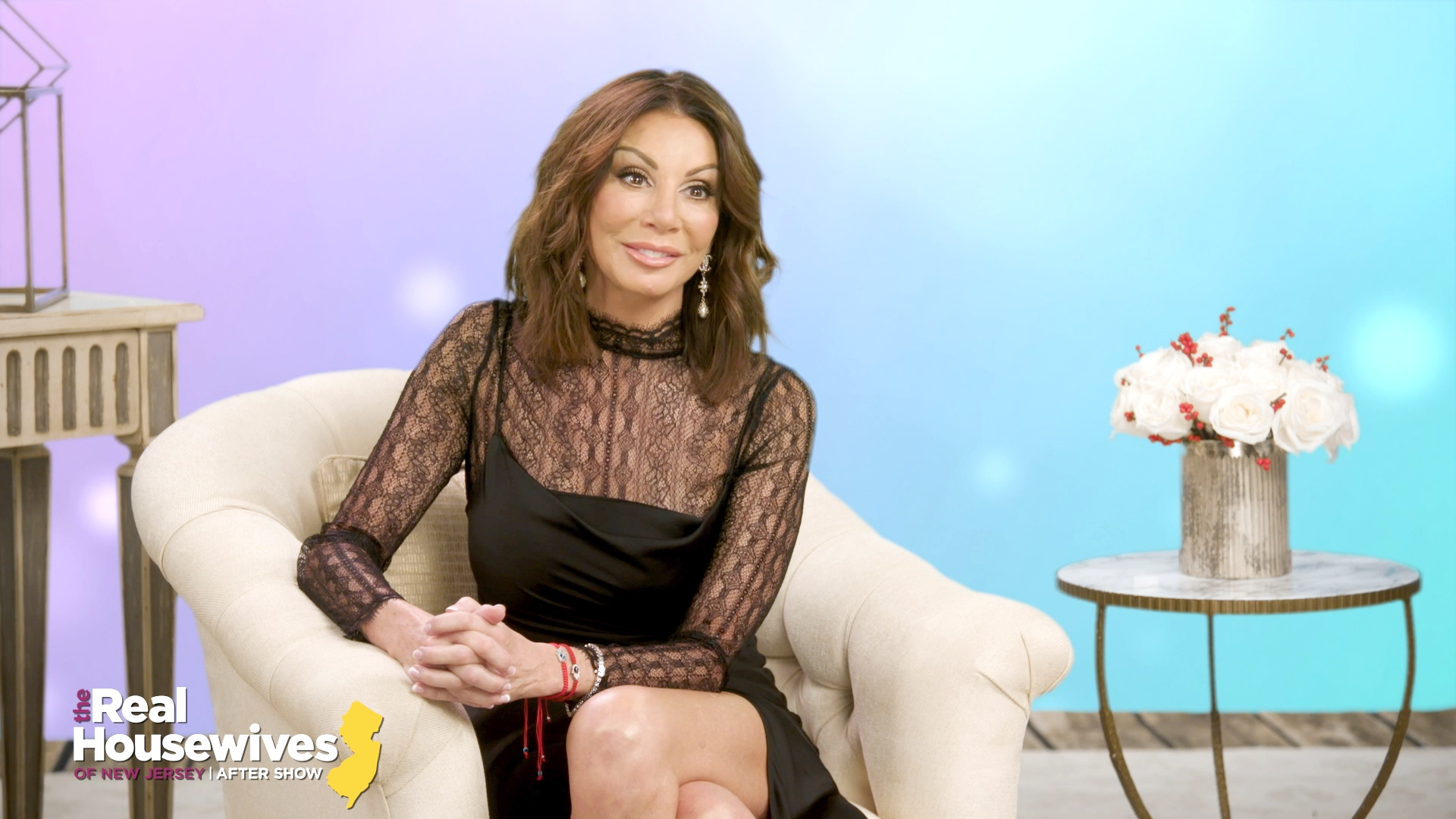 Danielle Staub has a rather unique — or, let's call it modern — living situation. After marrying Marty Caffrey back in May 2018, and then getting divorced about three months later, The Real Housewives of New Jersey friend is still shacking up with her ex. Huh? you might ask. Let Danielle herself explain.

In the RHONJ After Show interview above, the New Jersey mom responded to the brewing scuttlebutt that she's only living with Marty so that she can keep their house. "It's so funny to me that when people want to tell my story and they don't even know what my story is, that it translates to just bullsh--," she said. And then, she dove in a little deeper.

"Marty's in love with me," Danielle claimed. "And I don't use that against Marty. Eventually, someone feels it in their gut, and Marty did." Then, she singled out former friend Margaret Josephs with this opinion: "Margaret's having a hard time believing that I could actually have a home that's nicer than hers."

Danielle added: "The only reason that Marty and I stayed in the house together, and still do, is that I haven't bought it from it yet. Am I buying it from him? Yes. Am I working on that? Yes. Does he have a deposit? Yes. Is he giving me time? Yes. So the only reason I'm in the house is that I'm buying the house."

Watch the video above for the full scoop.