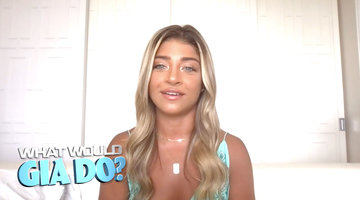 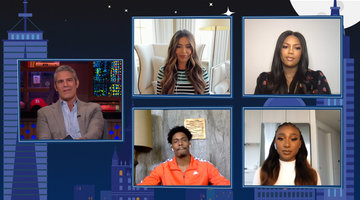 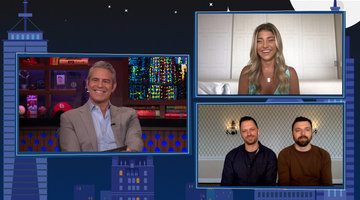 Frankie Catania's hard work has paid off. As The Real Housewives of New Jersey viewers saw this season, Dolores Catania's son temporarily lived at David Principe's house to study for the GMAT test. Not only did he do "very well" on the exam, as Dolores explained on Part 1 of the show's Season 11 reunion, but he went on to pass his Series 7 exam as well.

Naturally, reunion host Andy Cohen wanted to know "what's next" for Frankie, and he was stunned when Dolores and Teresa Giudice revealed that Frankie is now working for Teresa's boyfriend, Luis "Louie" Ruelas, in real estate. "He's making a lot of money already," Teresa shared. "He's killing it."

On a recent Watch What Happens Live With Andy Cohen After Show episode, Frankie opened up about his recent career move. “I’m graduating from college this May, from Sacred Heart University,” he said in the clip above. “I had an amazing four years there. And now, I’m an asset manager at a real estate company in New Jersey called Revolve Capital.” When Andy asked if he was “still competing in bodybuilding competitions,” Frankie responded, “Still bodybuilding, but I don’t think I’m going to be competing any time soon.”

In addition to being Frankie's new boss, Louie is also making major real estate moves with Teresa. After the couple reportedly bought a $3.3 million dollar home together, Teresa explained on a WWHL episode, "It's an investment property, so we'll see where it goes from there."

Watch more from Frankie in the videos above!

Life is better as an Insider
Bravo Insider is your VIP pass to never-before-seen content, exclusive giveaways, and so much more!
Sign Up for Free
All Posts About
Home & Design
Dolores Catania
Teresa Giudice
Real Estate
Frankie Catania
Related

Dolores Explains Why She Moved Into a New Townhouse

Get a New Look Inside Robyn’s Stunning House

Get a Closer Look at Robyn's Gorgeous Sculptural Wedding Dress