Margaret Josephs and Marge Sr. Are Gorgeous in Their Cheerful Easter Ensembles 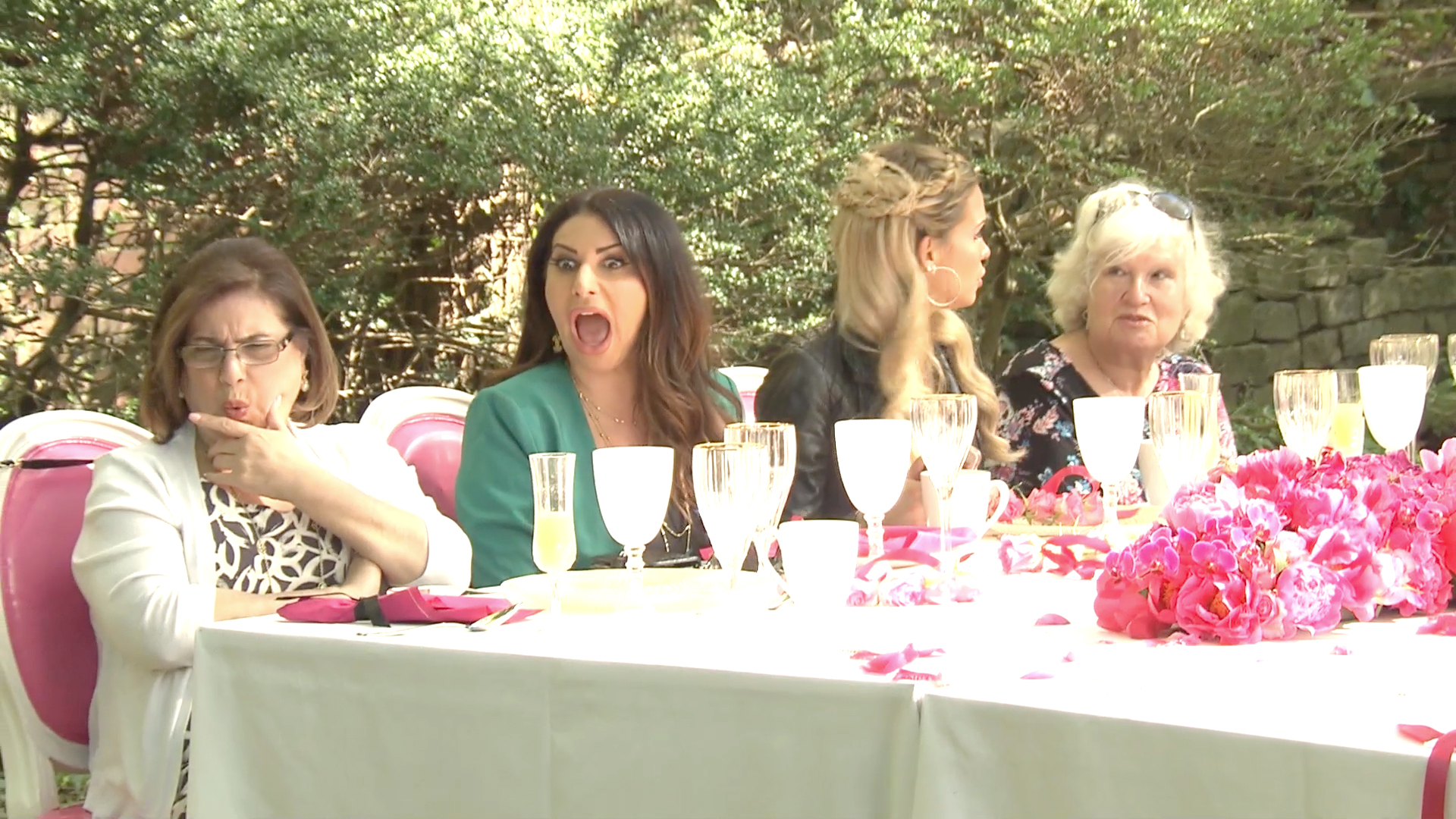 Margaret Josephs and her mother, who's affectionately known as "Marge Senior," know their way around a mother-daughter style moment. We've seen The Real Housewives of New Jersey duo stun in matching sparkles, and they were gorgeous and glowing in their Mother's Day flower crowns last year. (Perhaps you recall their memorable brunch, as seen in the clip above?) So when Easter rolled around this year, it's hardly a surprise that the two blonde beauties pulled out their Sunday best.

In an Instagram post from April 12, the MacBeth Collection founder cuddled up to her mother for a holiday selfie. Margaret wore a patterned, black-and-white dress. Her mother also wore a printed look, but Marge Senior's fluttery dress was decked in pastel florals.

Clutching freshly baked sweets, the beauties both had expertly groomed eyebrows, and they smiled at the camera through peachy-pink lips. (Margaret's pearly white veneers, the work of celebrity dentist Dr. Apa, drew favorable comments from her followers.)

In her caption, Margaret wished her fans a happy holiday — and offered a taste of what was on her Easter menu. "Happy Easter!!! Thought we would throw it back to the 1950’s since I haven’t left the kitchen in 3 weeks. Luscious Lemon or Blueberry Bundt," she wrote. Both look gorgeous.

And we're not just talking about the desserts.

Happy Easter!!! Thought we would throw it back to the 1950’s since I haven’t left the kitchen in 3 weeks.. Luscious Lemon or Blueberry Bundt ?🐥🐰💋👧🏼💕

Want more The Real Housewives of New Jersey? Catch up on the latest season through the Bravo app.