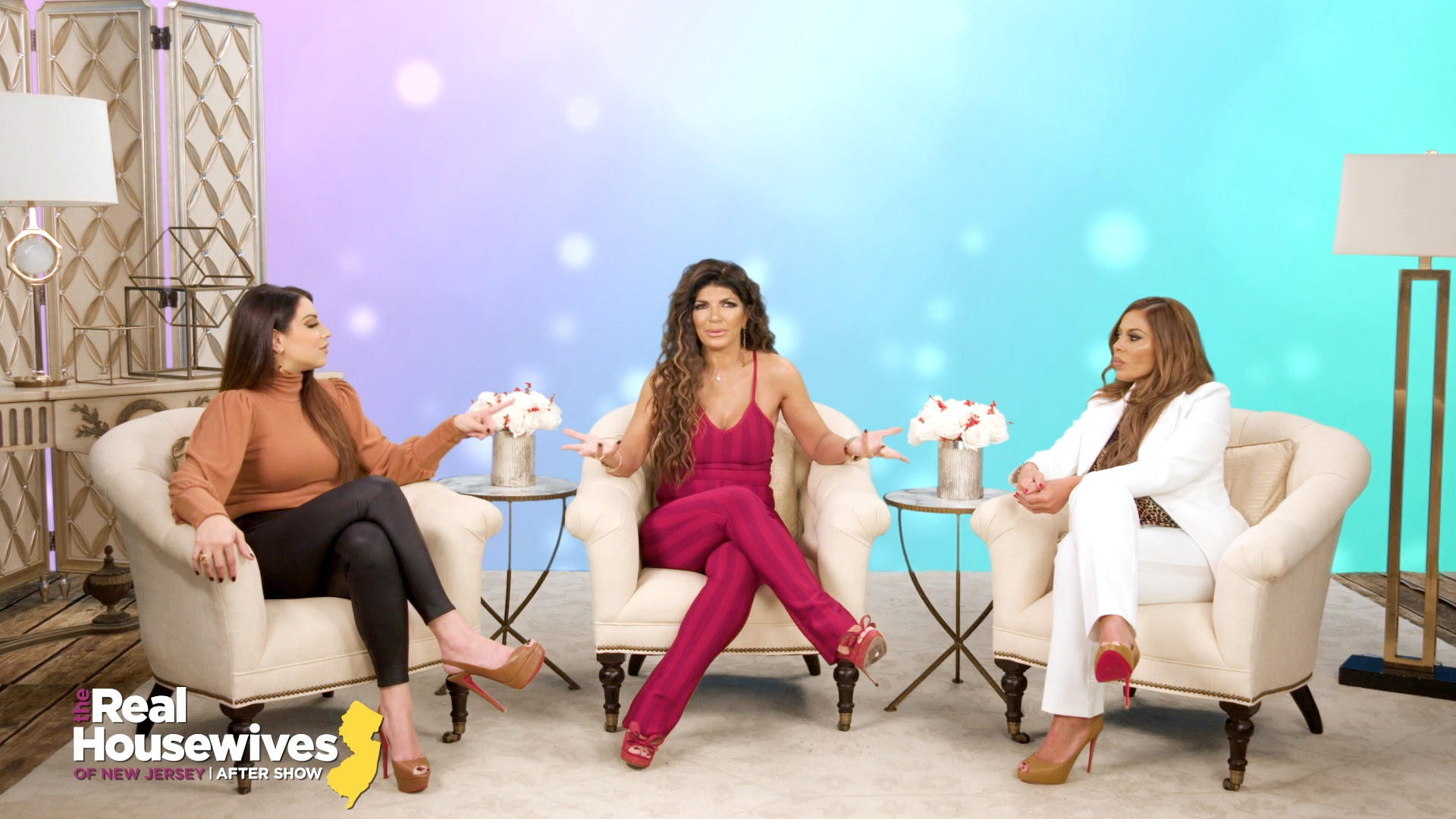 The Real Housewives of New Jersey ladies served plenty of drama in its 10th season. Between a shopping trip gone awry, the fanciest-ever Hamptons home, and Nonno's hot-sauce habit, the ladies will have lots to hash out when they sit down with Andy Cohen for this season's reunion. But first, they have some hair and makeup to tend to.

The Jersey 'Wives are filming the sure-to-be epic showdown today, and they're letting us into their glam sessions with intimate behind-the-scenes snaps.

Margaret Josephs and Melissa Gorga traveled to the Big Apple together. "I'm pajama glam," Margaret said on Instagram, as she chilled in a town car with an oversized black fur topping her comfy clothes. Later, we saw "the Marge" in her makeup chair, with an army of products surrounding her and her glam team bustling around in the background. Melissa's beauty look, which was still in progress in the videos she shared, combined bronzed cheeks with a nude lip.

Dolores Catania also shared some footage from her glam session, showing off tumbling waves and a smoky eye as she lounged in peach, silky pajamas. (Speaking of pajama glam.) "We're done; we're ready for reunion!" she announced. And later, she confided, "The biggest thing I did to get ready for reunion was I got my new smile from Dr. Apa."

Over in her dressing room, Teresa Giudice held an impromptu dance party with makeup artist Priscilla DiStasio. Other photos indicated that a bottle of Veuve Clicquot might have fueled this merriment. (It's the champagne of Bravolebs, in case you didn't know.) Jennifer Aydin was hanging with her makeup artist as well, wearing a bright pink pout and a straight, sleek coif.

As for Jackie Goldschneider, who filmed a video from her hotel room: "I'm here with my glam team... and we are getting ready to slay the reunion," she teased. The writer had a sultry smoky eye and spiral curls.