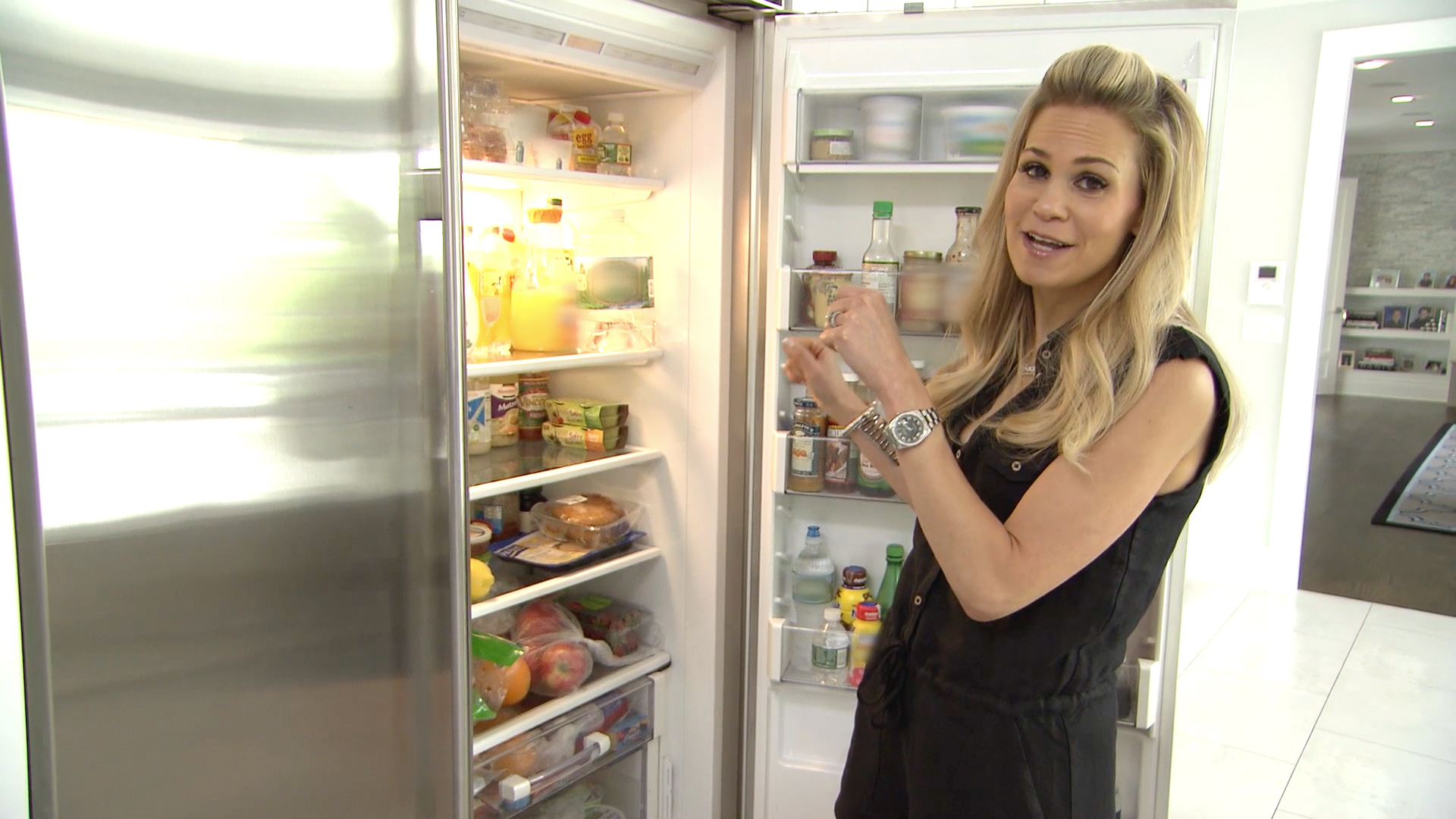 When The Real Housewives of New Jersey rookie Jackie Goldenschneider invited Bravo cameras into her home, one cold kitchen fixture was a hot topic. "Welcome to my refrigerator," the journalist announced, before pulling open the door to show us what's inside.

First, let's get some context. "I have four kids who are always hungry, and a husband who wants food when he wants it, and I don't cook at all," Jackie said. "So my fridge is very much set up for a hungry family that needs stuff on the go." So, let's dive in!

One shelf of Jackie's fridge is devoted to breakfast drinks. "We try to keep the beverages healthy, because the rest of the meals are really not that healthy, I will admit," she confessed.

Other items chilling at Jackie's house include two jars of matzo ball soup, because, as she asked: "What's a Jewish home without matzo ball soup?" She also has two containers of pickles, "because my children eat like pregnant women." Jackie also keeps tons of meats and cheeses — but just wait until you see what's in her freezer.

"This is the quintessential freezer of a mom who can't cook," she said. There are boxes of waffles, pancakes, and toaster strudels, as well as other "assorted nonsense." That includes frozen fish, veggie burgers, muffins, and even ready-made ice cream sundaes. "I don't even need to do anything," she said.

Watch the video above to see the whole frosty tour.

What Does Dolores Catania Keep in Her Refrigerator?

Teresa Giudice Reveals the Inside of Her Fridge