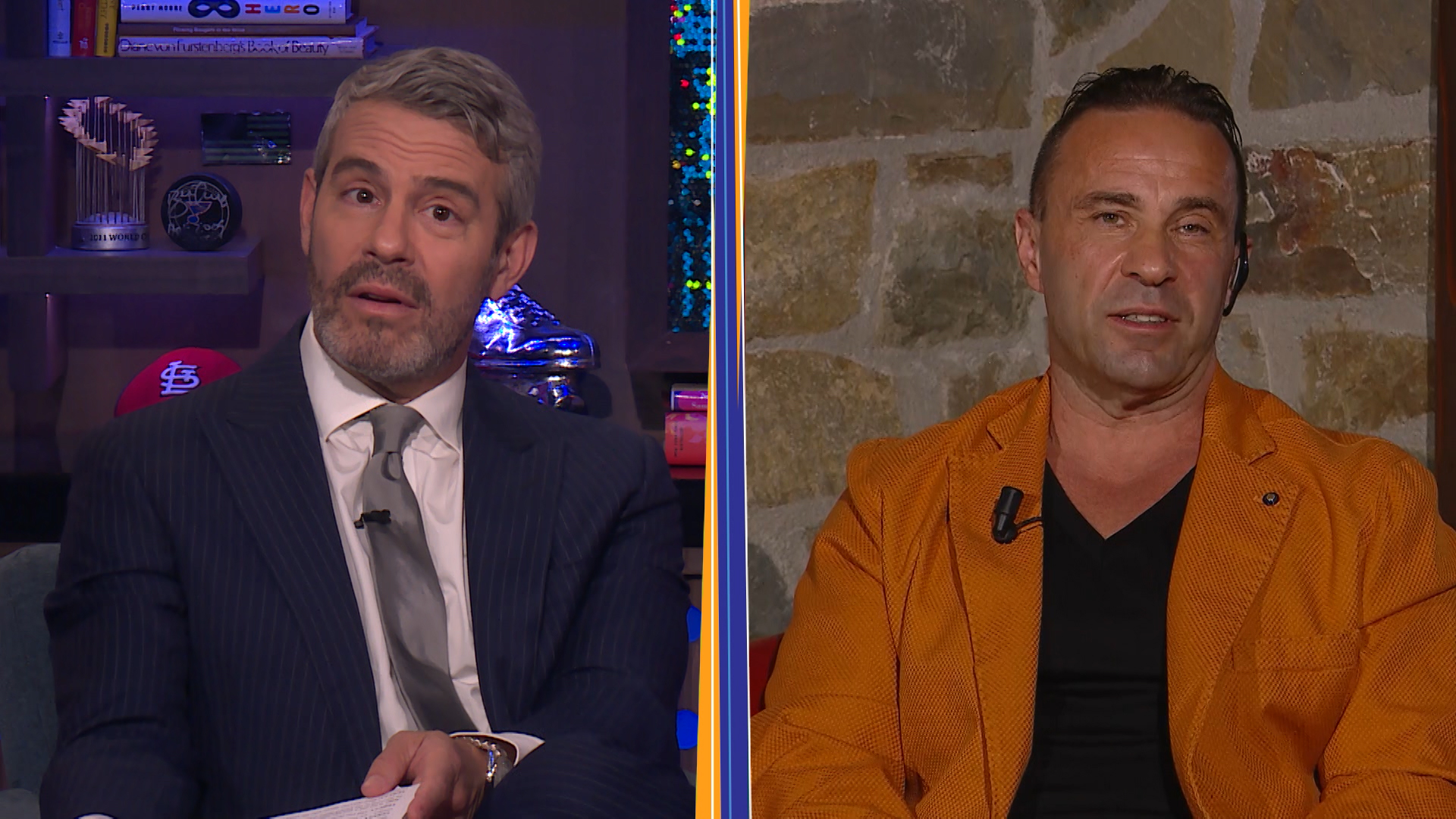 Never let it be said that Joe Giudice doesn't know how to make lemonade (or limoncello) out of lemons. The Real Housewives of New Jersey dad is still awaiting the final ruling in his deportation case, and he's spoken openly about missing his daughters' milestones while living it Italy. But while his case plays out, Joe's found some happiness in reuniting with friends and family in his home country — and he even had a special visitor from America.

After joining Instagram just days ago, Joe has posted snapshots of his life in Salerno. And from what we can gather, it looks like he never eats alone. "Always a full table," Joe wrote, to caption one photo of himself a a table crowded with plates, wine, and smiling people. And at the head of that table ...  wait a second ... could that be Teresa Giudice's dad Giacinto Gorga? (Take a peek at the photo — you'll see a familiar RHONJ face!)

Indeed, while Teresa and her daughters are set to travel to Italy next week, it looks like Giacinto has already landed in the motherland. Joe later shared an Instagram story of himself toasting his father-in-law in Italy, with the simple caption "#Salute."

Teresa's Dad Celebrated His Birthday with a Boozy Cake

Vanderpump Rules' Dayna Rocks an Open Blazer Over a Bra