Dorinda Medley: This Girl Was in Pain

Preview
Jules' Pizza Has a Surprise 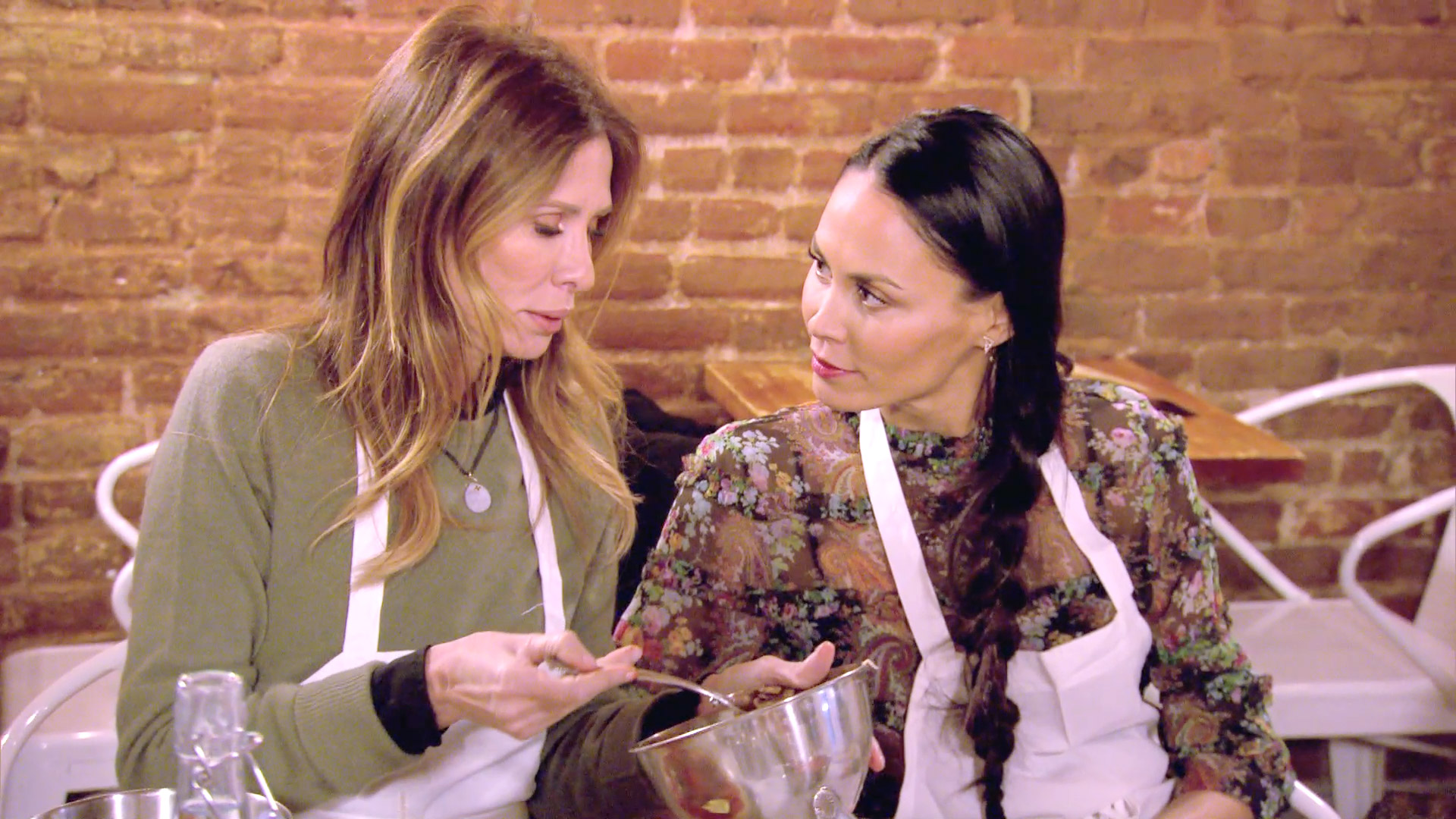 And we’re back! A little bickering, a little crying, a little dead horse beating, a little mean-spirited antics and a lot of spirited vajayjays… quite the week! So let’s get started.

I was very excited to have dinner at Wild (@eatdrinkwild) in the village! It’s a great vegan pizza restaurant owned and operated by a very dear friend of mine, Walid. And listen, Jules had just gotten out of the hospital that morning, and I was quite surprised she made it out to join us. She had just had a dreadful, and I mean DREADFUL accident with her precious petunia (no pictures please, thankyouverymuch), but she was the first to arrive. That’s impressive! Even with a broken vahoohah, she exhibits graciousness and good old-fashioned manners. And this girl was in pain…seriously. How else would you get a nice prescription for “happy pills” like that?

I was also surprised that the dinner started on a good note, but even MORE surprised when it quickly turned into a dissection on Jules and her eating — or non-eating. Look, I will not say “disorder,” as I am neither a doctor, a therapist, or the one enduring it, and I have very little experience in this area. But it is a given that Jules has grown to always be nervous around Bethenny and Carole and also likes to deflect with humor. I think the stronger and more battle-worn you are, the more likely you view things from a different angle — sometimes a sarcastic one, sometimes a silly one, but always a lighthearted one, am I right? But let’s get really heavy, because a dissection isn’t supposed to be lighthearted, it needs to be focused, probing, scrutinizing, and ultimately dead-set on getting to the heart of the issue by basically ripping it out. It’s agenda is simple: intrustive, invasive, and insensitive. Carole does this with such amazing precision, it’s almost artful. Even if it’s none of her business, she finds an artful way of taking a scientific approach at the very least. (Listen, with this group, I’m sure there are plenty of pharmacy counter pick-ups.)

Did I get the calzone supremo prank Jules made with most of everything BUT the kitchen sink (literally)? Not entirely, but I thought it was just a silly joke and meant to bring a lightness to the all-of-a-sudden heavy tone the dinner took. Between prescription scrutiny and health scare/family concerns, I think we could all use another lighthearted laugh, because Ramona walking out with restaurant china just wasn’t enough. I don’t think the calzone itself needed to be dissected à la Vanna White for the world to see, as if a cat was dragging up a dead mouse for its master. This wasn’t a biology lab or an operating room, it was a pizza place in Manhattan… No one died, no one got hurt, no one ingested a “measuring cup” (or a sauce cup to those of us who actually know our way around a kitchen); this just seemed like another sorority hazing designed to make Jules feel uncomfortable, unaccepted, and unwelcome. I guess only some jokes and some pranks are cute or agreeable enough to indulge in…and Jules’ never are…apparently.

Preview
No One Is Taking Care of Jules 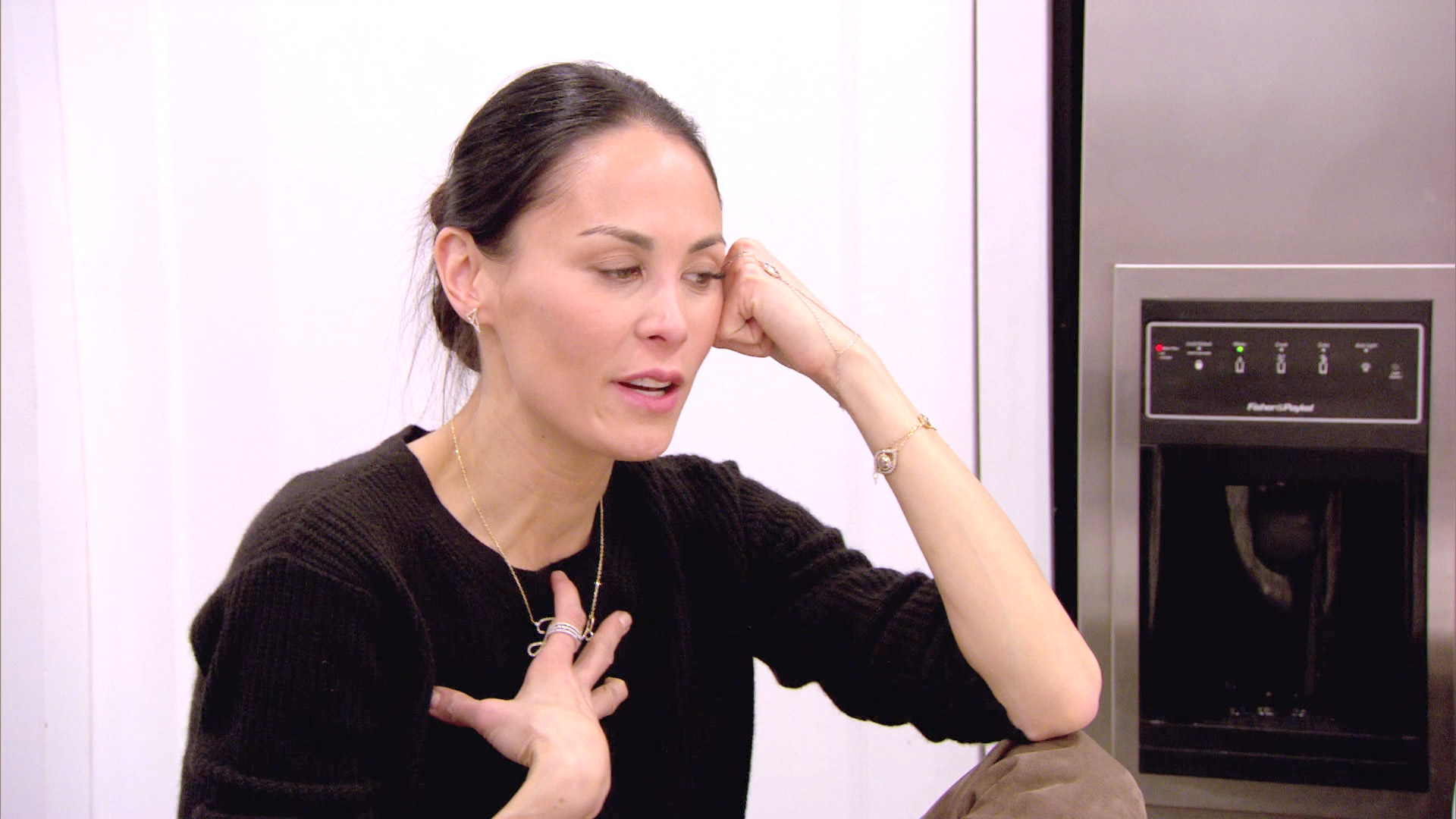 So yes, I was very upset and almost hurt FOR Jules when I saw her the next day. Once again, she was feeling terribly uncomfortable, awkward, and just plain sh--ty. Aside from physical pain and the emotional struggle she was starting to endure with her marriage, she now felt like she was being set up for a mild crucifixion every time she got together with some “friends.” Who wants that? As a real friend, I wanted to hear her out, give her some advice, and just be real. It’s not sh---stirring advice, it’s just frankness and truth! Jules is a dear friend of mine and I get her humor, however silly and odd it may be some time… Hey, I’m an oddball too! It comes off as awkward at times, but I know for certain that’s it’s just a deflection of her anxiety and nerves. Let’s face it: there’s been an over-focus zooming-in on Jules, her life, her family, her lifestyle, her style, her hair, her body, her everything. Jules needs to step it up and use HER voice and defend HERself! Not just with these “friends,” but with life in general. We all need that, and sometimes we all need to be reminded to do just that. My mother reminds me of that every six to eight years on average. There’s never a need to go home and feel wounded. If you don’t like something, say it. And if someone starts up with pointed questions about your personal lives, turn them back onto them — simple as that. Let’s face it, no one is perfect — never has been, never will be. Set your boundaries, defend them, and whoever doesn’t like it can learn some humility and the art of apology for the next time.