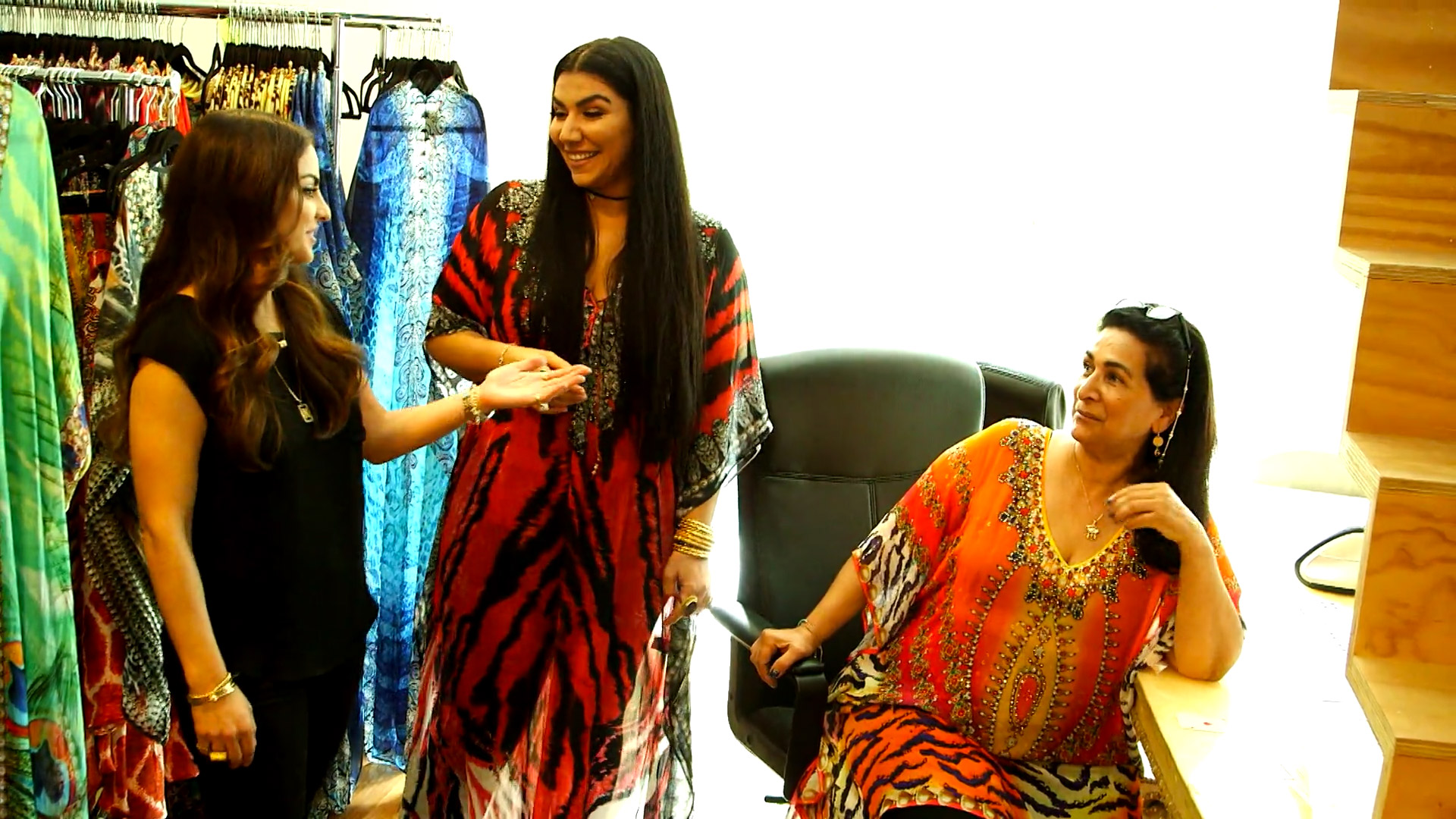 ICYMI, Asa Soltan Rahmati owns a boutique in Venice Beach, California. And from what we can gather on social media, the sun-filled spot is an absolutely magical place to shop. Whether she's showing off mysterious glass jars or tempting us with her velvet turbans, the Shahs of Sunset alum has us convinced that we need to visit Asa Kaftans ASAP — and it looks like Bethenny Frankel has fallen under Asa's spell as well. While visiting the West Coast, The Real Housewives of New York City pal made a point to visit her pal Asa's shop, and she got a taste for turbans while she was there.

In a January 28 Instagram snap, Asa shared a photo of her famous shopper playing dress-up. "My girl [Bethenny Frankel] came to play," Asa noted. She added that Bethenny's turban and sunglasses were from her shop, as were her own rings and kimono. And as an aside, can we talk about Bethenny's amazing fringed skirt? You have to see this photo:

Bethenny was born to rock those amazing sunnies. But, is she about to embrace that kaftan life, too — and bring Sonja Morgan with her? In her Instagram Stories, the RHONY pal posted a photo of two chic kaftans in the boutique window, quipping: "Sonja and I on vacation."

Asa Soltan Rahmati is "Working on Something Very Magical"