Sonja: We Could All Relax and Be Ourselves

Cupcakes and liquor? Why didn’t we think of doing this before?

Between Ramona pulling out her wine paraphernalia and Bethenny’s Skinnygirl setup, I couldn’t help thinking back to Luann’s housewarming party and me pulling a beer out of my purse--should have done it again so I wouldn’t have pick sides! I really enjoyed myself at Bethenny’s Georgetown Cupcakes party. I love when us girls can get together and not have any drama and just act silly. Ramona, Dorinda, Bethenny, and I could all relax and be ourselves, because we didn’t have uptight girls telling us what we should be feeling and how we should be behaving. Without them judging us and criticizing. Or worse, making stuff up. They can really pull it out of their hats at another's expense.

I consider Dorinda calling me Marilyn Monroe to be the highest of compliments! I’ve performed as Marilyn Monroe in my caburlesque performances on Watch What Happens Live and recently at a party hosted by Andy Cohen to celebrate WWHL talent producer Anthony Lella's 30th birthday. So...maybe my stage persona is coming through in my real life. Haaaappy Biiiirthday Mr. President!

I’m glad that the girls are all so receptive to going on a trip with me to celebrate the ending of my chapter 11. It has been a rough road, a necessary experience, and I am thankful that I am finally able to see the other side. The girls haven’t always been supportive of me and have made up nasty, untrue things about my reorganization process in the past and implied I'm not focused on my businesses, but I’m hopeful that we can all come together on this trip. Bethenny is right that we don’t need another Atlantic City. That trip started off so tense and then there was no turning back. Where was the sympathy for me when my sister called saying she had lost her best friend and would not be able to come watch my daughter while I was away? I was panicked. I took care of things and quickly came down.

No one can say that I’m not resilient. The girls all bashed on me for the entirety of the last trip that I planned and here I go creating another glamorous vacation for these girls. What can I say, I’m a lover and deep down I don’t want any of us  to be fighting. At this point, I am ready to put the past behind us and for everyone to just have a greeat tiiime, even though having a good time has proven to be very difficult with these women as of late. New York City is so fast paced and Turks and Caicos is a different and more relaxed lifestyle.

Between that shirt and Carole’s role as potstirrer in Bethenny and Kristen’s fight, Carole is practically advertising herself as trouble. I like that she was able to fess up, though, and give Bethenny a heads up that Kristen might be mad. Owning your missteps is an integral part of being happy, and we can't help some of the things we do. Girls will be girls! Bethenny’s face when Carole told her about the sex dream and how she went to her bikini region to relax her...was priceless! Bethenny’s face was so tense she looked like Chucky. She was far from relaxed after that comment. 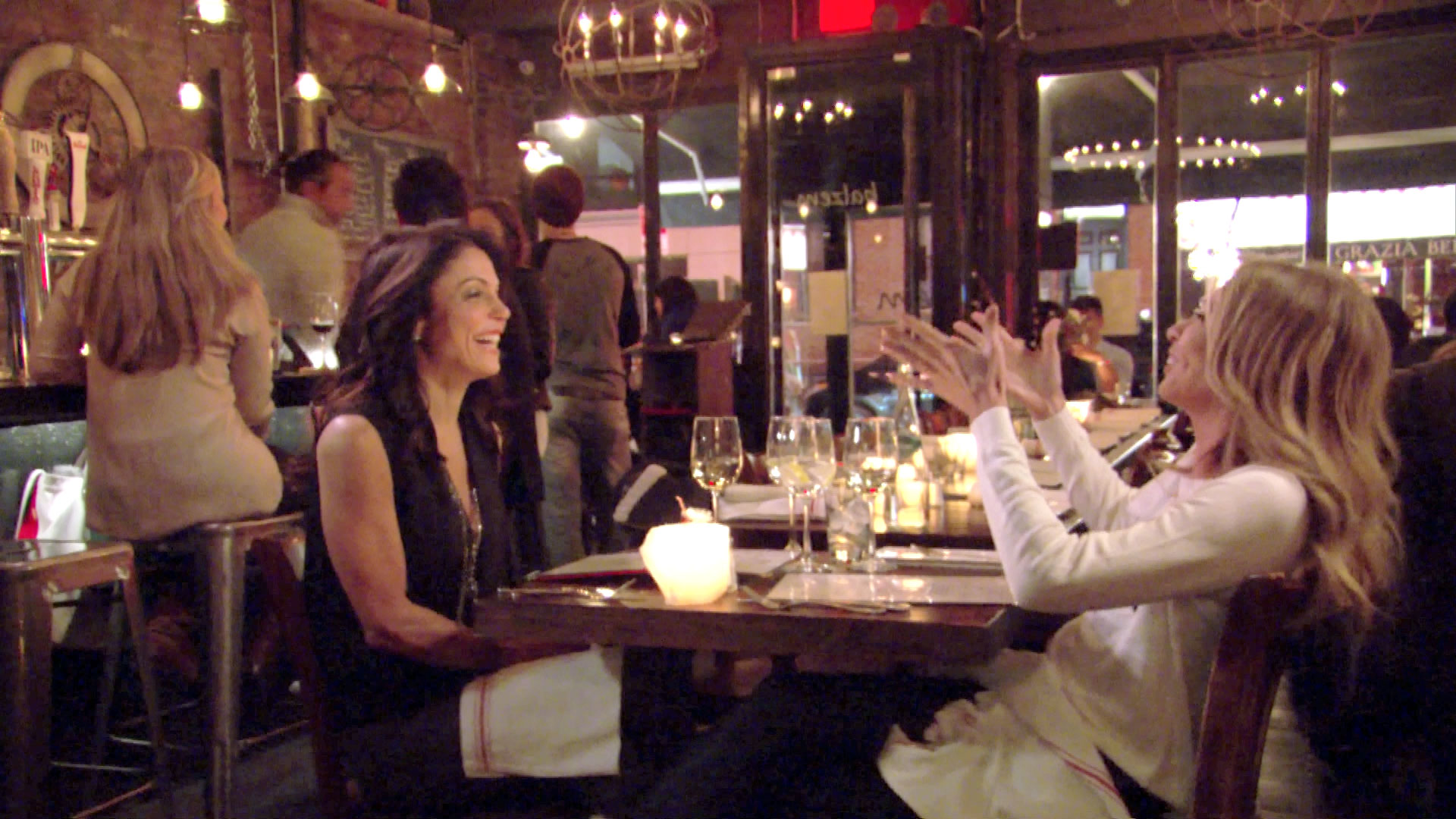 Luann’s clothes looked amazing at her photo shoot. I love Luann’s logo, and I have so much respect for what Luann has accomplished. She’s still a great model, too! Why was Heather trying to act like none of the other girls had ever been to a photo shoot? In her typical style she walked in and acted like she was the only one with an ounce of business experience. I am very sympathetic to Bethenny’s situation with Bryn. I also love her Sonja hat! As a mother, you never want to be away from your child, especially when you have a young daughter. I only travel when my daughter is with her father or when one of my family members can come into town to look after her.

When Heather freaked out at me in the limo on the way to Atlantic City, she didn’t understand that I wasn’t willing to leave until I knew my daughter was being taken care of. My sister was supposed to come stay with her, but just as we were leaving she called to inform me her friend had passed away, which complicated her ability to look after my daughter. I don’t know why prioritizing children over friendships is so difficult for some people in this group to understand. I completely get where Bethenny is coming from, and I would never prioritize a trip to Turks and Caicos over spending time with my daughter. As she says, there is no decision to make. Children always come first. Heather has children, so she understands this problem on a certain level, but she has never been a single mother, so she does not understand what it feels like to leave your child with someone else. She should keep that in mind when she is harassing Bethenny about not wanting to leave for a week. 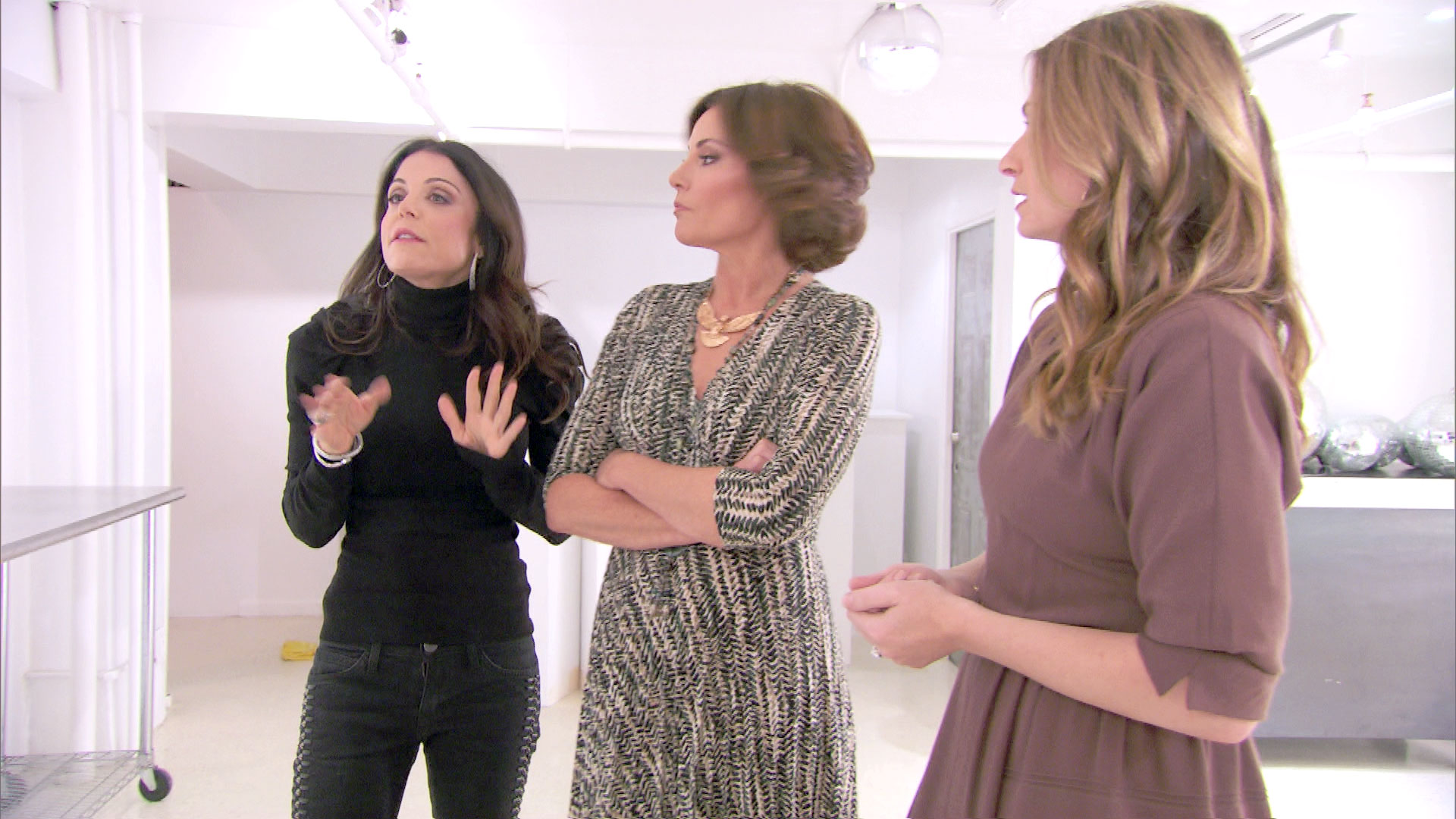 Luann, Dorinda, Betheny, and Ramona sure tore me apart on that trip to Queens! I’m not going to apologize for kissing my friends when I party. Luann said herself that I always try to kiss her when we go out, and I certainly don’t want to have sex with Luann! Kissing is innocent! The girls only feel comfortable saying that I’m “out of control” when I’m not around. They know that if I were there, I would bust them. The truth is that those girls like to go out just as much as I do. In fact, I can’t even keep up with Luann and Heather when we go out. Don’t throw stones when you live in a glass house. Just because I had a one off in Atlantic City does not mean that I have a problem. When we went away to the Berkshires I only sipped on my glass of champagne, and in Turks and Caicos, you will see me continue to have fun drinking without going overboard. The girls don’t seem to remember that we were in Atlantic City, the place where you go with all women because you can go crazy.
Show Highlight
Is Ramona in Denial Over Sonja? 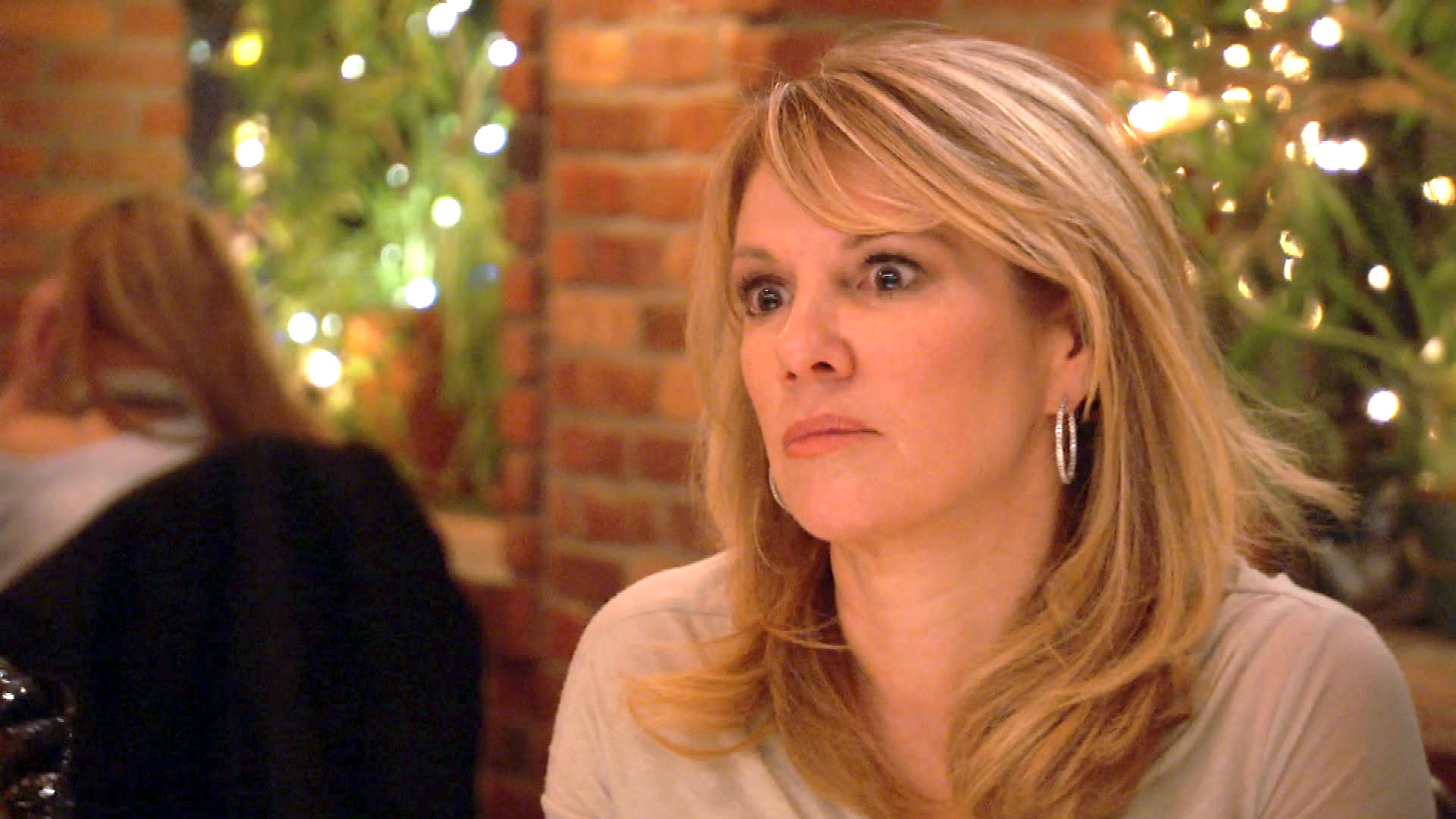 The ladies calling me weak is laughable. If being weak is keeping it together through a divorce, a major lawsuit, filing for a chapter 11, raising a child with no partner, and then being able to come out on the other side and start a new business, then I don’t know what strong is. I have never felt stronger or wiser. These women all know how trying the last few years have been for me and my family, so for them to say that I’m weak hurts. I wish that they would bring these issues up with me instead of always talking about me behind my back. At least I’m not a liar or coward. At the end of the day, I am going to be the bigger person and rise above all of this silly drama. I don't want to say what the other girls do when they drink. I would never treat anyone that way. They should be ashamed of themselves. They are no angels. The ladies saying that they are worried about me doesn't ring true to me, because none of them are telling me in intimate settings--except for Bethenny in Atlantic City--that they are concerned. For the record, none of these women need to be worried about me. I have everything under control, but it would be nice of my friends to be supportive.
I’m not surprised that Kristen feels isolated. Kristen needs to accept that she and Bethenny don’t know each other and aren’t good friends. But Ramona has a point that just because Ramona and Bethenny haven’t shared the intimate details of their personal lives with Kristen, that doesn’t mean Kristen can’t understand that they’re both going through a divorce. And, its no secret. How could she not know that it is difficult? I guess that’s why they say not until you walk in another man’s shoes should you comment.

I wish I could tell you that all the drama ends when we go to Turks and Caicos, but we wouldn’t be us if we didn’t have a little drama, right?

Before They Were Housewives: Sonja

All Posts About
Sonja Morgan
You May Also Like...
Recommended by Zergnet
Latest Posts