What a ride - and it's just beginning! It was strange to watch myself reliving moments in my life. I can't believe I managed to maintain such an upbeat demeanor during that move back into our house. (And how cute was that head jewelry thing? I think I should wear it more.) I think I was happy that our things had finally arrived from St. Louis and I was beginning the start of a new chapter, especially with Hayley. I remember having so many expectations at the time, it's funny how so much of life can go completely against what you've planned. It's easy to see that Jimmy doesn't share my happy demeanor, he is stressed about this move because it means that our deal fell through (our buyer couldn't get a loan for the house while we were in escrow, we lost a lot of money on this failed deal). He's also stressed because he knows that he will be the one flying back and forth between St. Louis and Orange County and his family is once again split up. But he does need to sit back and smell the roses! A little traffic never hurt anyone! And especially on PCH, traffic is practically a prerequisite! As for the wedding ring, he was missing that dang thing for weeks. He finally found it after we moved into our rental house about a month after that dinner with Hayley, it was floating around a rogue suitcase. I think St. Anthony might have had something to do with that discovery! 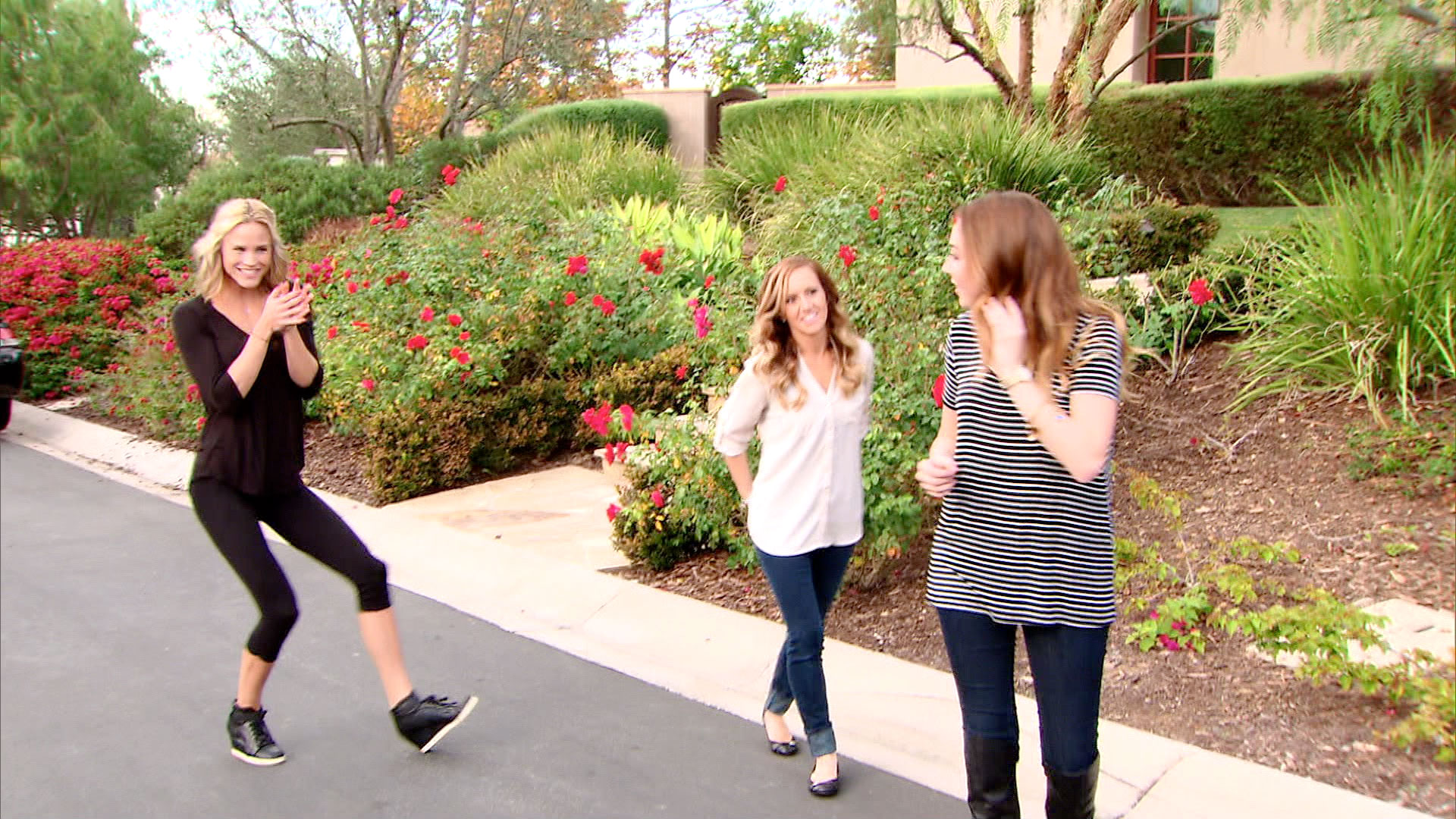 I think it's cute how I am gushing over my husband and he's basically like "I don't have time for this"...now in reality that's not a cute reaction and I would have his head, but seeing it play out on television just goes to show that I need to learn how to not sweat the small stuff.

I had so much fun with Heather and Terry that night at dinner. Heather is just so easy to talk to and always makes me feel comfortable. She has a great attitude and is a ball of energy.

I can't believe what Shannon and David went through by showcasing their marriage woes. That was intense and uncomfortable to watch, Jimmy couldn't even watch it because of how emotional it was. It just hurt to see them going through that pain, the worst part was watching Shannon try not to cry.

Interesting how Briana's first reaction to Brooks' cancer was that of suspicion. Briana is a Registered Nurse so she knows that someone who has cancer doesn't necessarily look like they are sick, so I have a hard time believing this was her only qualm. I've never met Briana but I would have to think that she is smarter than Vicki is making her out to be.

I can't believe Tamra had her boobs done! I was shocked to see this, I texted her right away. They look amazing but I do not envy the pain she endured! I think I would've stuck with what I had because those looked good too. But then again Tamra is probably used to the pain at this point, lord knows that woman has been through the ringer. And now she has her baby, I wonder what Sarah has to say about that! Ava is not her baby, she's Sarah and Ryan's!

Before They Were Housewives: Meghan