Meghan: There Was No Ambush

And so Phone-Gate continues. Even watching this was exhausting because it was so stupid and petty for Shannon to storm off on me like she did and make a scene in the Bello's home. If Shannon reacted like an adult she would've swallowed her pride, apologized for unintentionally offending me, and explain she was caught off guard, the issue would have been laid to rest. There was no ambush as she described it unless she was recreating history in her own mind. What the cameras show was what happened. There was no prodding from production for me to talk to Shannon about this or to make the phone call in the first place, it was all my idea. 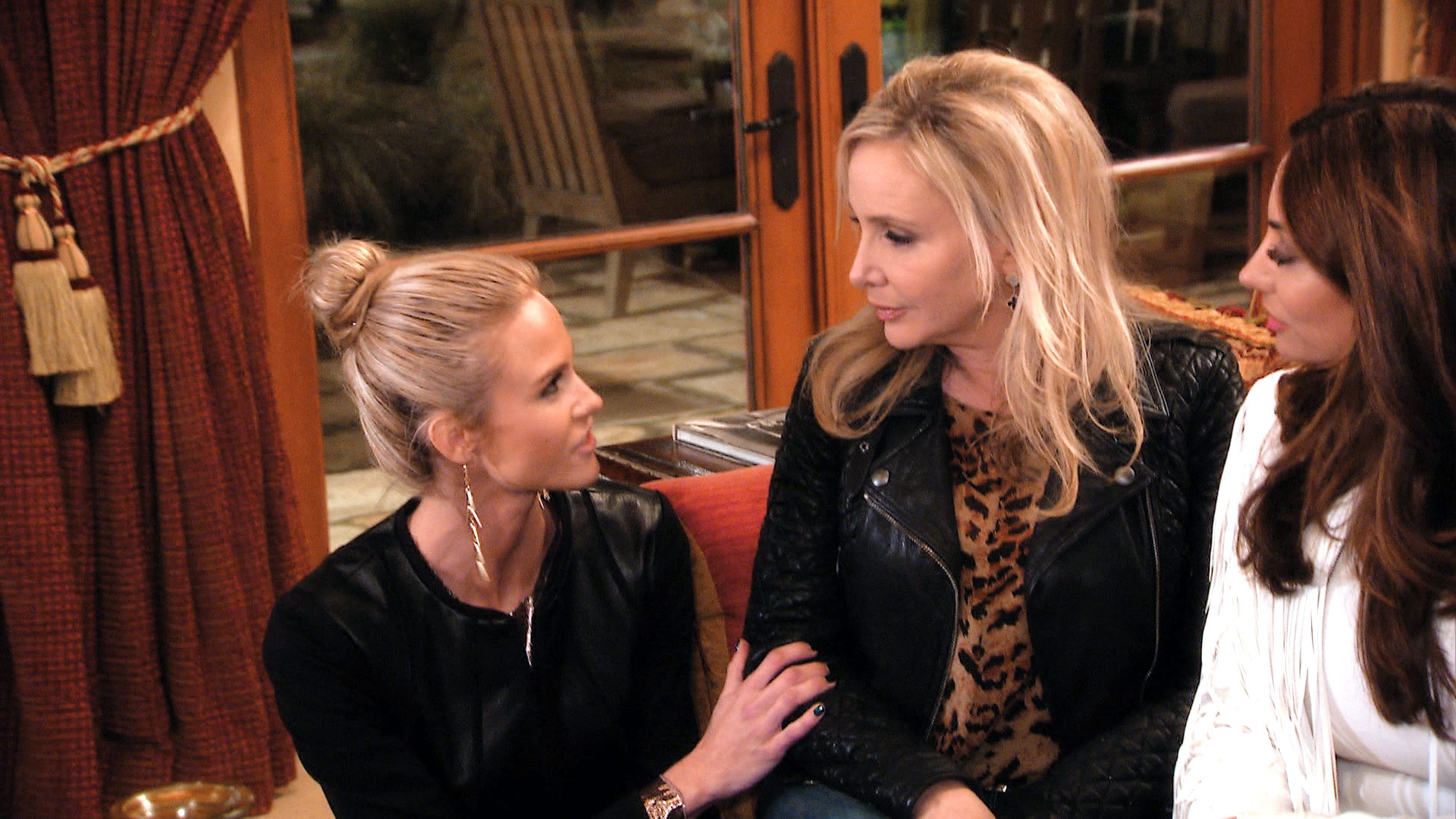 Anyway, I was angry when I saw Jimmy turn away when I tried to kiss him at the Bello's. He was embarrassed that I was involved in a dramatic scene at his friends' house but he should've trusted me to know that I wasn't "ambushing" Shannon. He should've kissed me and looked me in the eyes. I had no idea he reacted this way until I saw the episode because I was so preoccupied with the ridiculous drama. When I asked him about this moment he told me he acted this way because he doesn't like drama and he apologized.

It was plain for all to see Shannon wanted nothing to do with me. Additionally, who calls someone to tell them they aren't invited? That's just weird. And she made it clear that she was upset I had her private cell number so there was no way in hell I was going to call her unless she gave me her number personally. Lastly, Jimmy didn't want Shannon at our home because of her blow up in Napa. He knew how hard I had been working on the JDRF party and how stressed I was with our upcoming move that he told me she was not allowed to step foot in our home until I had de-stressed from our move. Jimmy and I made it clear to Shannon and David after the fact that it was Jimmy's idea to not invite the Beadors and there were no hard feelings.

Preview
You're Either Invited or Not! 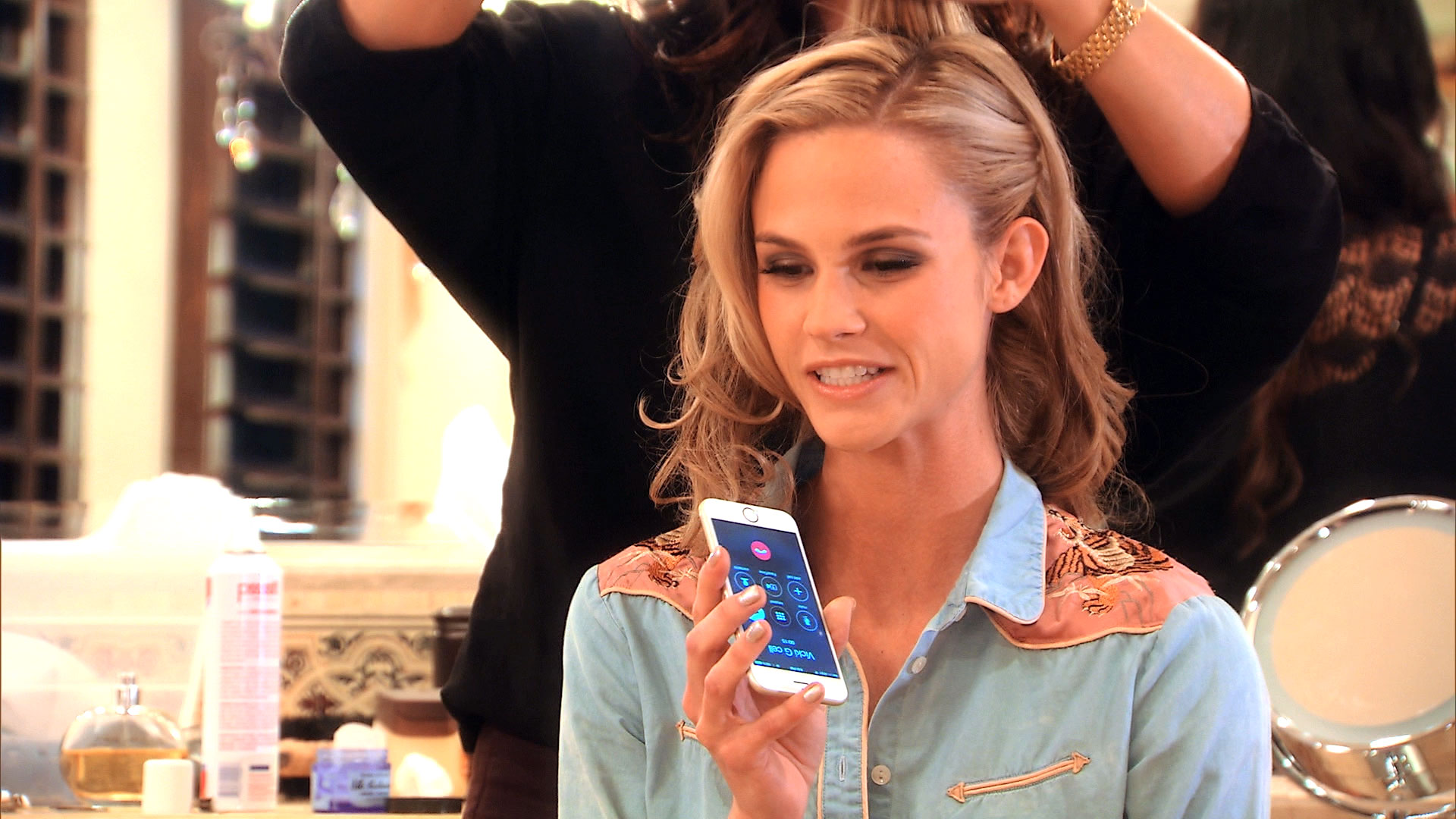 I loved the JDRF wine procurement party at our home.  It felt warm and fuzzy to see how beautiful Brooke made my home with the help of Karla Flores at Elegant by Design and of course the always delicious Red O thanks to Rick Teasta. All three donated a large amount of their services on behalf of JDRF Orange County. I also loved seeing the scene with LeAnn (Jimmy's first wife) and myself. I have such a special relationship with her and I think it's clear to see from this episode. LeAnn is very sick with cancer and looks extremely different than she did at the party. It's hard to watch her losing her battle but I'm glad to have a special moment between us caught on camera.

I don't know why Tamra is so stuck on my age, it's odd to me. My brother is 23 and is friends with Valentino who is 83! I guess the King family is just progressive like that because clearly the Housewives struggle with that concept.

And a note to Vicki - you're right, the old house wasn't mine and it wasn't "my stuff" in that house, it was Jimmy's. But since we've gotten rid of everything and have started over everything is "ours". I was blessed enough to grow up with a stay at home mom (and sometimes ICU RN) and a dad who worked his patootie off every day. But 39 years later my dad still calls every penny he earns "their" money and always has. Jimmy and I see that as a testament to their teamwork and we strive to model our marriage after that "teamwork concept" which may be foreign to the selfish individuals who constantly remind their spouse how they have their OWN money. Oh, and if you are still suspicious of whether or not "we" own a home together with "our" money, check the real estate records. Hashtag burn.