Wait, Did Andy Cohen Just Admit to Having a Sex Tape?

Show Highlight
Which RHOC Lady Has a Sex Tape? 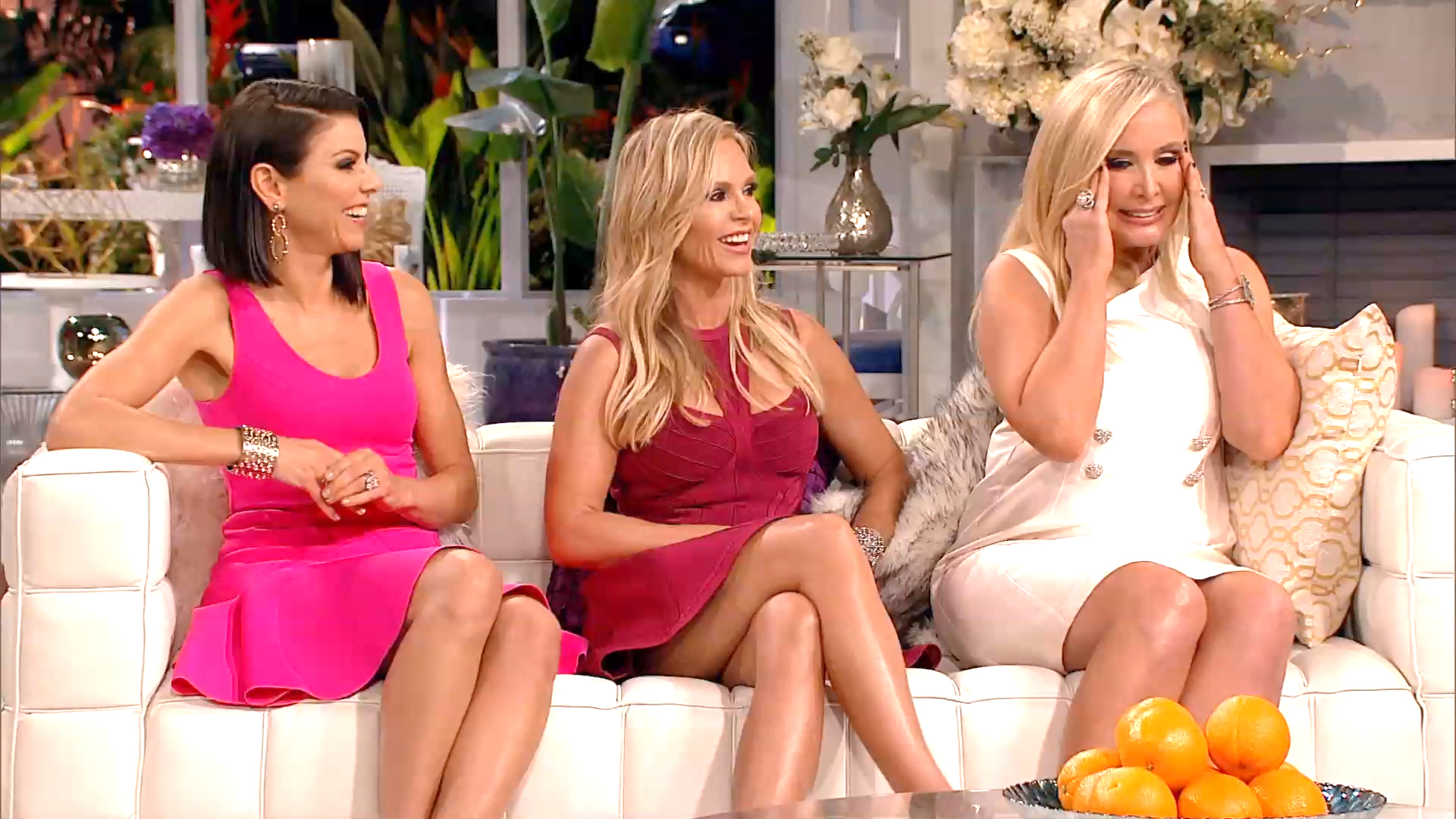 When Andy Cohen jokingly asked Shannon Beador if she and her husband David made a sex tape, we never expected the conversation to turn into an episode of Taxicab Confessions. Oh but it did!

During The Real Housewives of Orange County Reunion Part II, Andy asked each of the Housewives if they've ever made sex tapes. Heather Dubrow, Shannon, Vicki Gunvalson, and Kelly Dodd all said no, but Tamra Judge and Meghan King Edmonds said yes. In fact, Tamra admitted she and Eddie have made "a couple."

Perhaps most surprising was when the ladies turned the tables on the host and asked Andy if he's ever made a sex tape. It took him a second to remember, but Andy answered, "Literally once, like 15 years ago."

Get Your Behind The Scenes Look at The RHOC Reunion

Even Andy Cohen Loses It at the RHOC Reunion