Shannon Beador: I Was So Surprised to See Kelly Playing the Victim

Preview
Tamra Breaks Down After Kelly Talks About Her Daughter 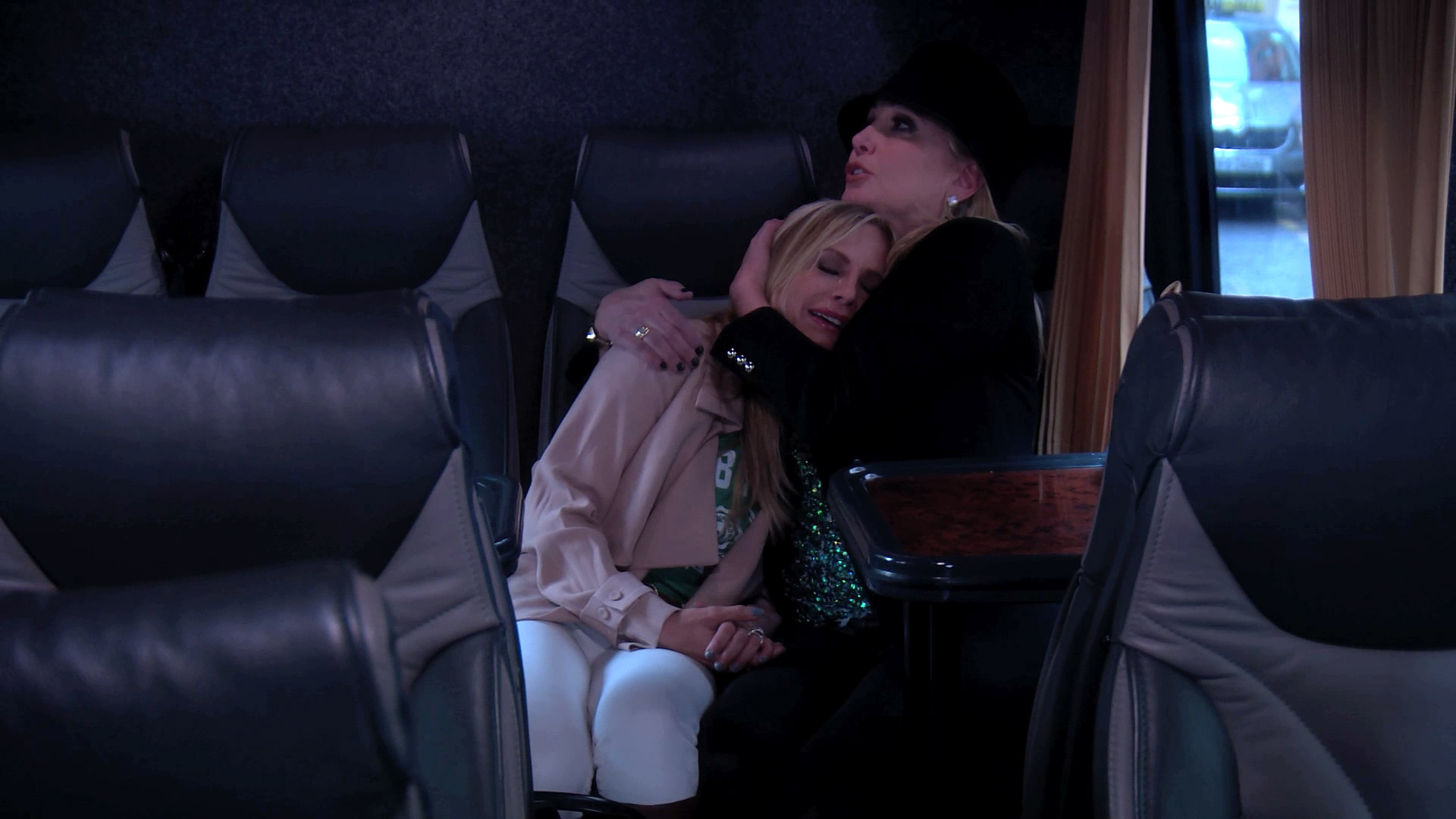 I can’t tell you how excited I was for our Ireland trip! I was living in a nightmare of boxes and just needed a few days to get away from it all...and not have to put on a bathing suit!!!

Ireland is absolutely beautiful! Our hotel was incredible! I was literally brought back to my life a few weeks ago prior to the move, because when I walked into my room, every detail reminded me of our old house! Old school and traditional — love it!

I know I sound silly, but I really wanted to get an Irish accent down by the end of the trip. Despite my numerous attempts at “Top of the mornin’” and “Top of the evenin’,” I just couldn’t put it together!

Preview
The Ladies Throw Back Shots in Ireland 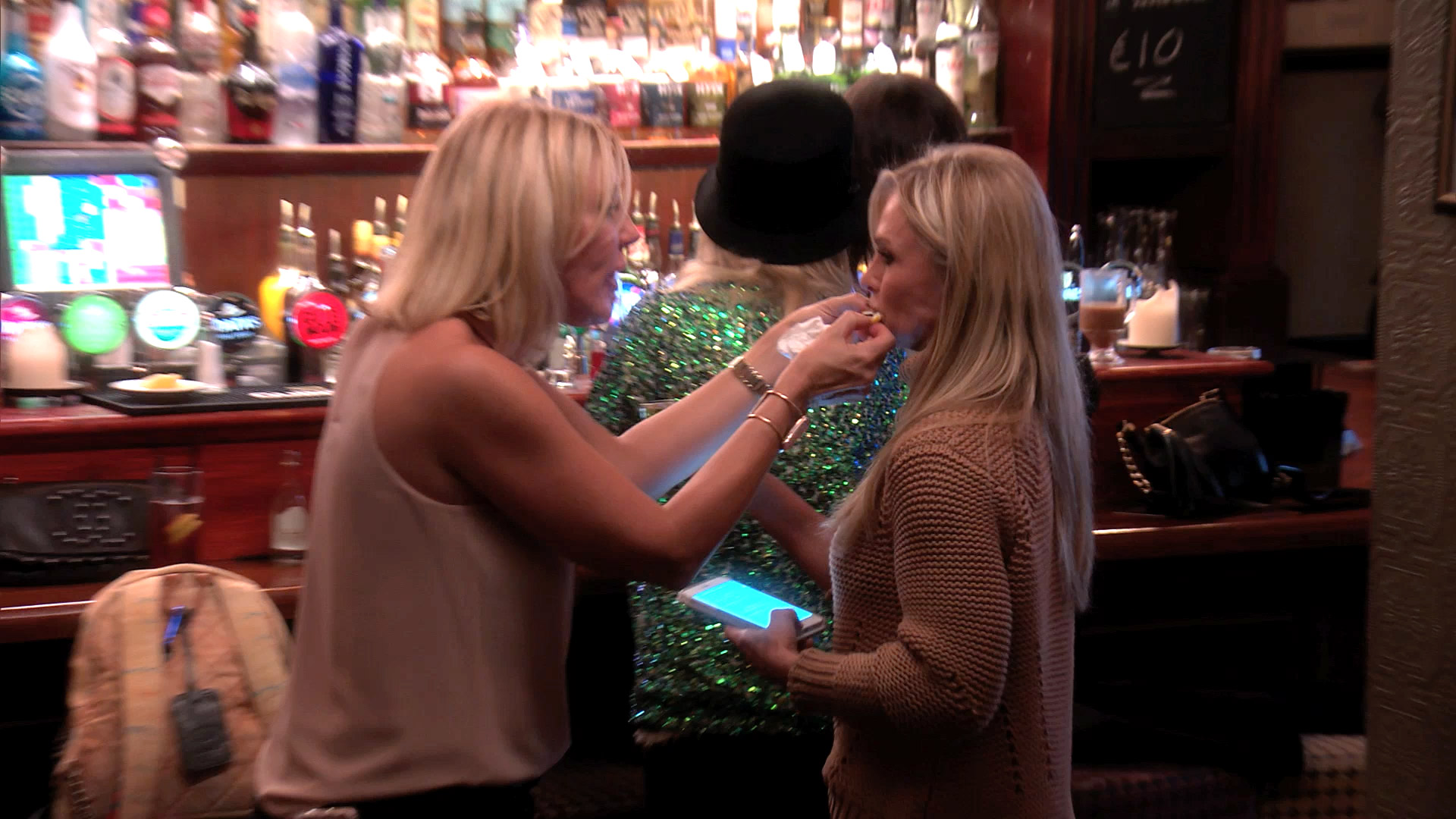 It was really nice that everyone got along at the beginning of the trip. We had a “whale of a time” at the pub crawl. Everyone was laughing and getting along together! But after Kelly consumed a few cocktails, the demeanor of the day drastically changed. Kelly’s sense of humor can be quite juvenile, and all of us were tired of her repeated nose-flicking practical joke. But when Kelly got wind that Vicki and Tamra were complaining about it, she took things to a whole new level. And it got worse from there. I know that Tamra had continually defended Kelly in times that were even unwarranted, so it was shocking to hear Kelly go off on her. Especially when Vicki was the person having a real issue with Kelly’s joke. 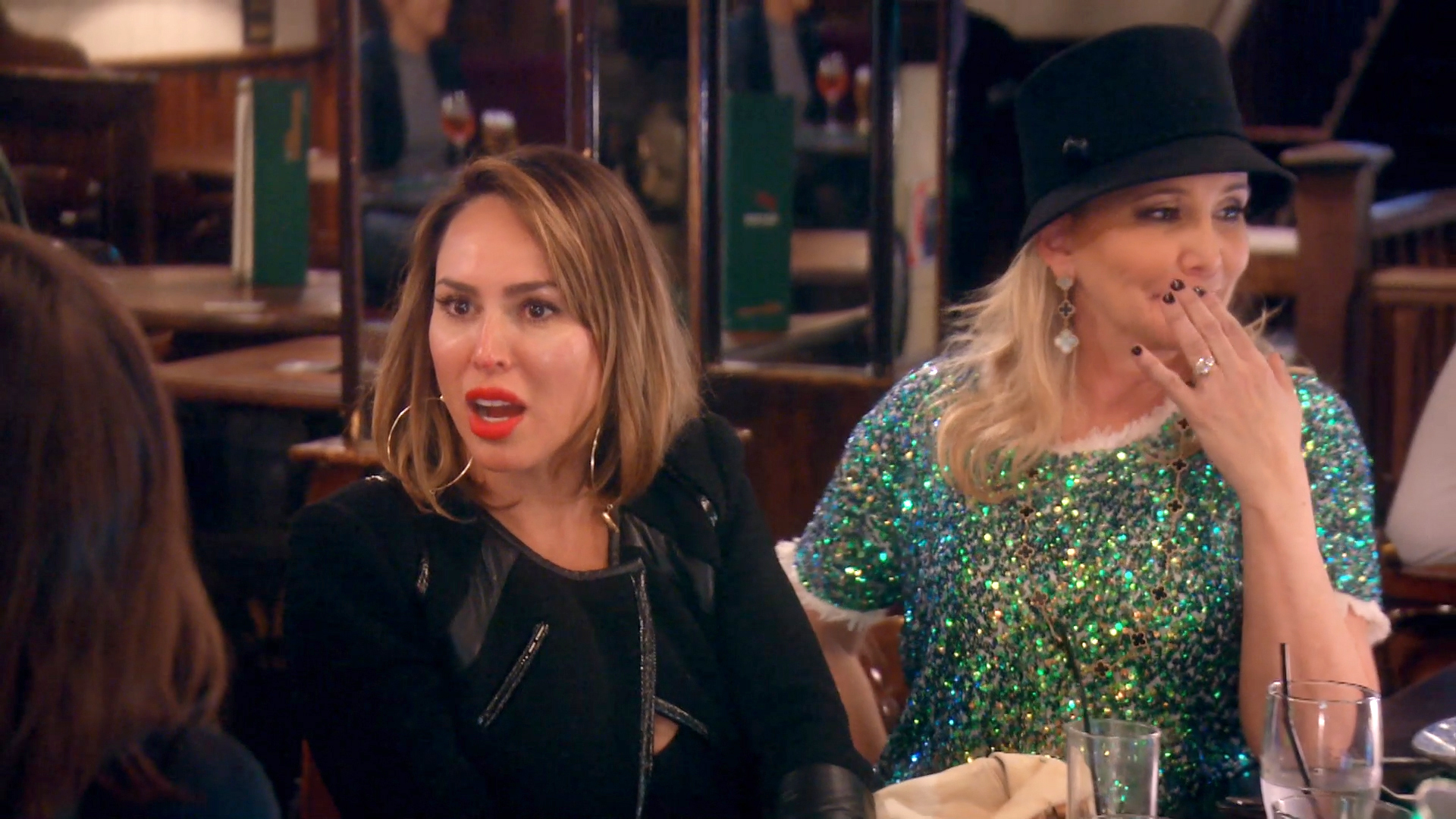 I was blown away when Tamra brought up that Kelly looked into Heather’s property records. Kelly’s explanation in defending herself made no sense. And then she moved into making racist remarks about Jewish people. I attempted to try and smooth things over with everyone, but it didn’t happen. It is interesting that Vicki is so close to Kelly, yet literally removed herself from the whole situation.

As we left the pub to go shopping, I still tried to have a conversation with Kelly to bring everyone back together on the way to the bus. And then she made a horrendous comment about Tamra and her oldest daughter. I am very close to Tamra and know the devastation she has been suffered in the last two years. I quickly told Kelly that her comment was hurtful and inappropriate. After we entered the store, Tamra asked me what Kelly and I were talking about on the way to the bus. I am not a liar, so I told her the comment made by Kelly. I know I will receive backlash from this, so I will say that if the tables were turned, I would absolutely want to hear what was said about me and I know that Tamra feels the same way.

Kelly pushed a very understandable button within Tamra. Tamra is an incredible mother that puts her children first. Always. Kelly knows the pain Tamra has experienced because she explained it at Meghan’s kitchen demo. But that is Kelly. I know it all too well. She comes up with the most hurtful thing she can say to someone and blurts it out — never giving consideration to the pain she will cause. She did it to me by saying, “No wonder David cheated on you,” and now she has done it with Tamra and her family situation. It is vicious, unbelievably cruel, and unacceptable behavior. And it will continue throughout the trip...

I was so surprised to see Kelly playing the victim with Meghan when we arrived home after the pub crawl. She is the one who started the attack. It’s mind boggling how she never takes responsibility for her actions.

Show Highlight
Vicki Gets Her Flirt on in Ireland 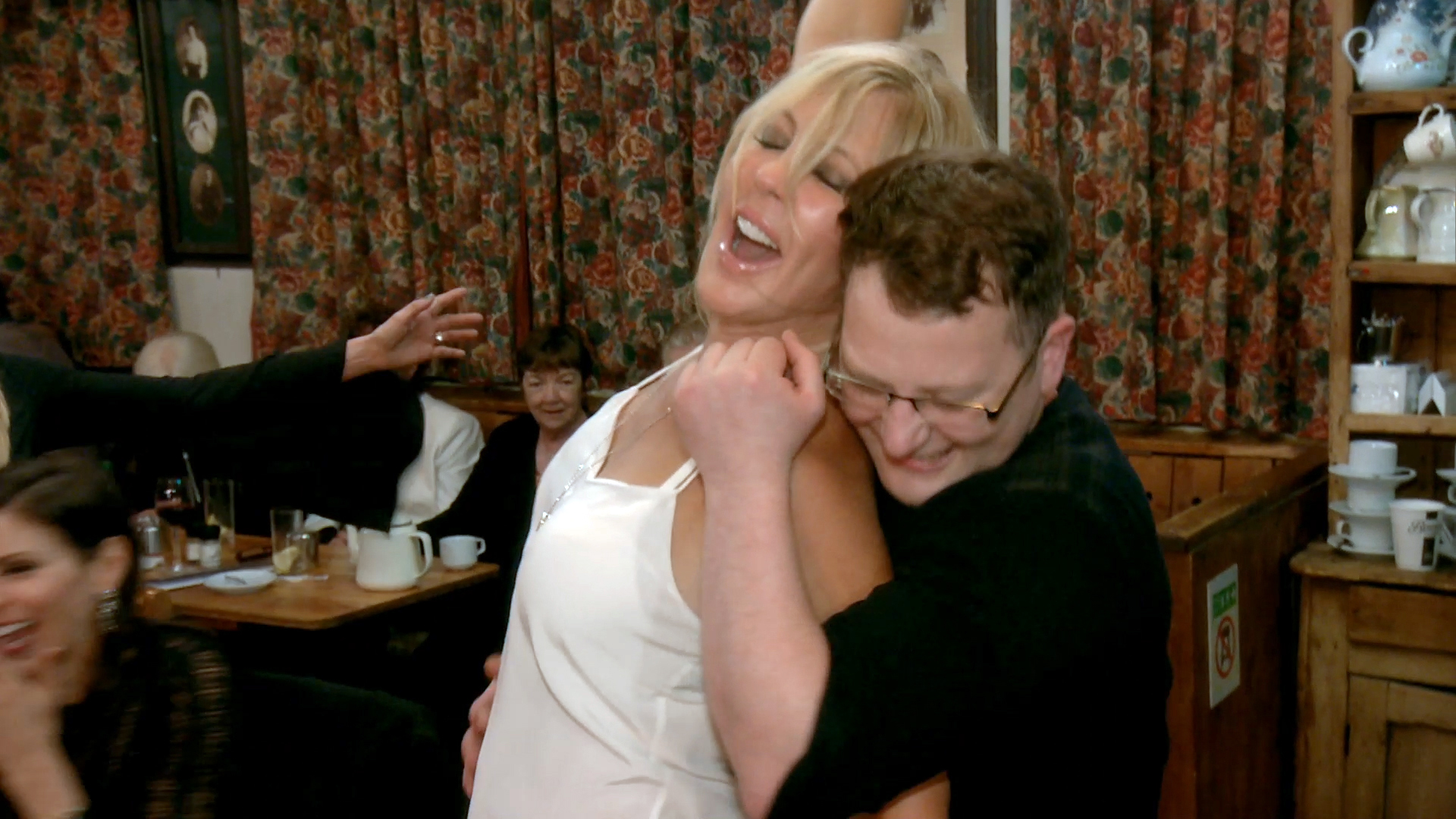 It was probably best that Kelly didn’t join us for our Hooley Kickin’ night at Johnny Fox’s because we had an incredibly crazy fun time and there was no tension! I think it was truly one of the nights where I have laughed the hardest! We danced with the Irish dancers and sang with them all night! 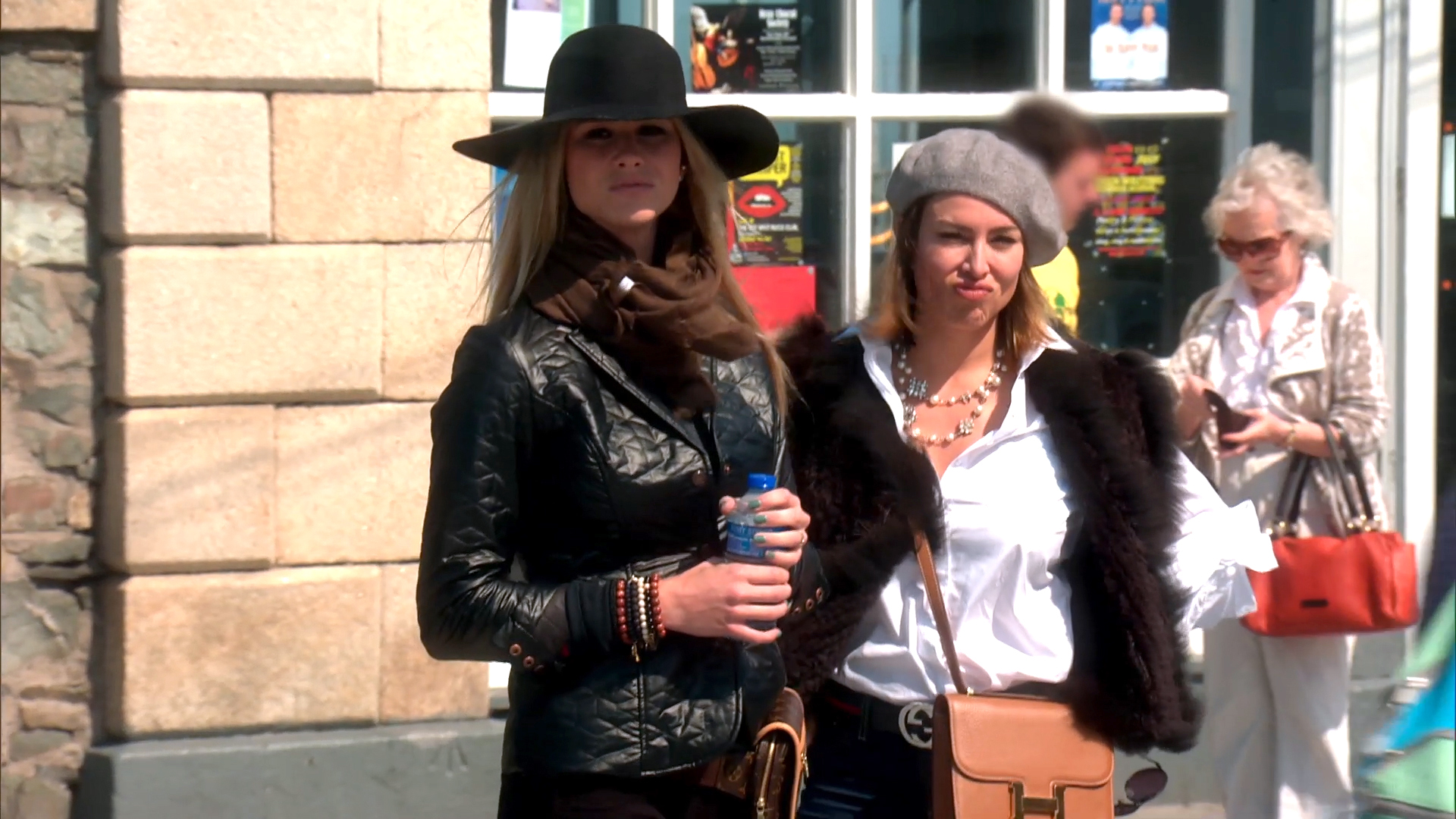 Next week it gets uglier than I ever thought possible. Some people really know how to ruin an amazing vacation. Tune into see how that goes...