First of all I'd like to say Happy Mother's Day to everyone! I hope you all celebrated with people you love. Motherhood is the best and most important job I've ever had. I'm so blessed to have my four little angels who showered me with homemade cards and special handmade gifts. You can see pictures of how we celebrated Mother's Day on my Instagram @heatherdubrow

It's so hard to watch this episode, especially after spending such an amazing day with my family yesterday. This all happened seven months ago, and it's difficult to relive that challenging and upsetting time in my life and marriage.

My husband is wonderful and gives me so much. I am very grateful for the life we have created together.

However, during this period of time, I needed some support from him. I wasn't getting it. After a while of trying to communicate and getting nowhere, I got frustrated and started lashing out at him.

I don't have a switch off button. If something is upsetting me, it takes me time to get over it. Saying I'm sorry is a great way to start, but if its a pattern of behavior that's not changing the words lose their meaning.

I just wanted support the way I've always supported Terry. "I want what I give." This guest star role on Hot in Cleveland is only a five day job. It shouldn't be such a big deal for Terry to help out. That night while getting dressed for dinner, I wanted to explain how I felt, yet still, he had to interrupt me to make a joke. Thus, proving my point and further frustrating me. 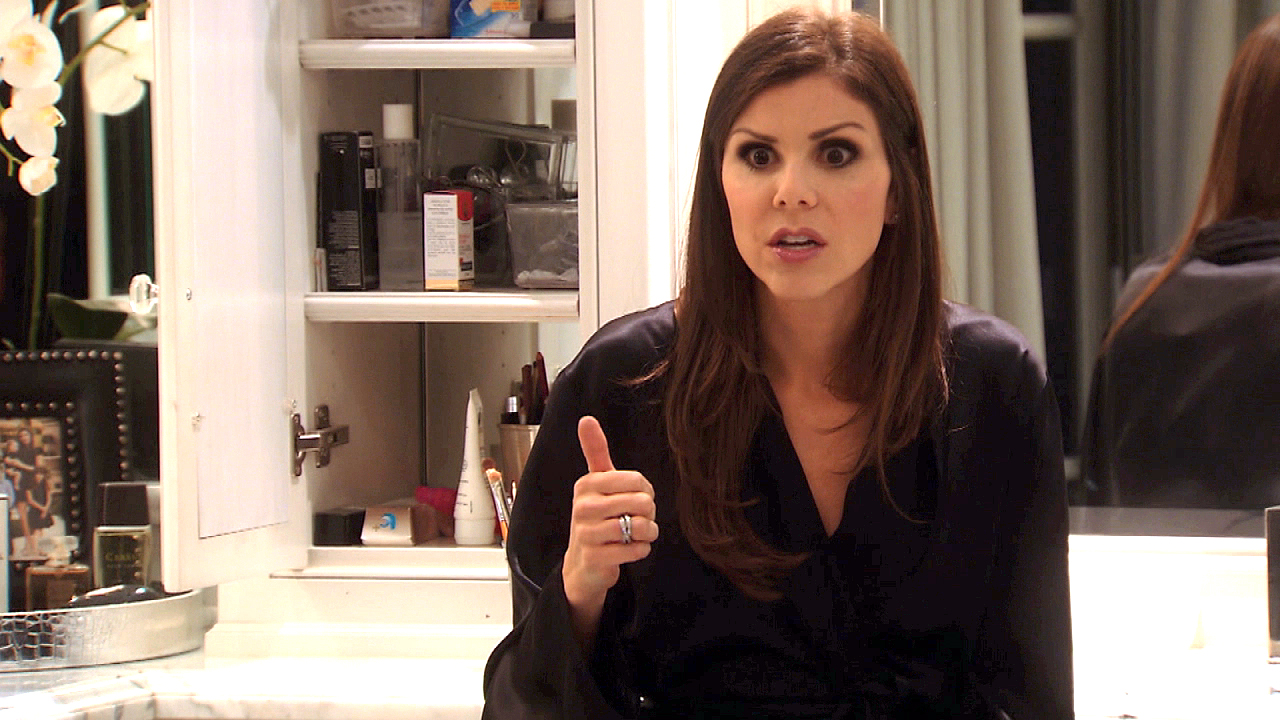 You should know that Terry and I talked a lot after this evening and got to a better healing place. It wasn't completely over but we were heading in the right direction.

So, a weekend in Malibu sounded like just the ticket for us. A little time away from the kids to reconnect. . .

Brunch in Malibu: "You need to be what your PARTNER needs sometimes." This statement is true for me at this time in our marriage, as I feel that's what I've done for Terry, especially in the last few years.

I'm not someone who usually talks about my relationship in front of a group of people. I was surprised Terry brought it up at the table. You may think I'm still overreacting, but the fight that continued off-camera after our dinner at ZOV'S was very intense and hurtful. 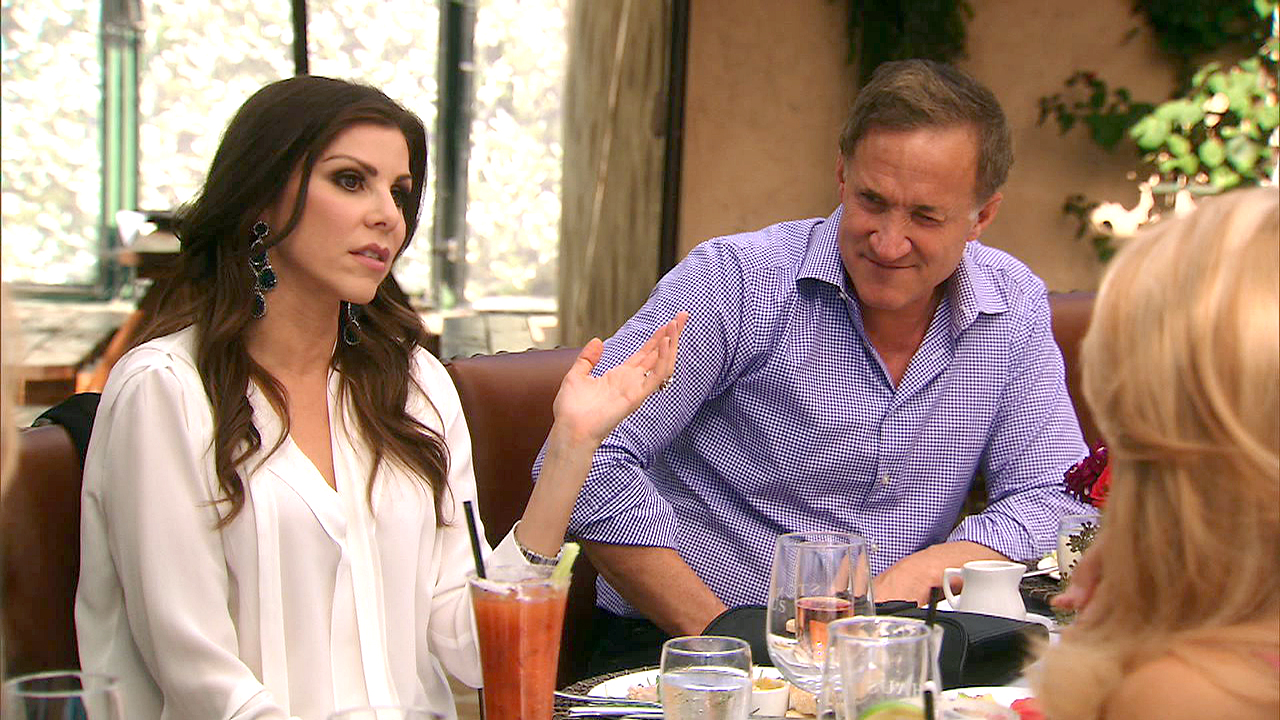 I also don't cross the line when I fight. I think it's dangerous to do that in a relationship. Although I so appreciate that Terry was trying to protect me, I'm very embarrassed and still hurt and shocked that Terry had chosen to discuss this in front of a table of people. It brought back all of the emotions from our earlier fight that the audience didn't see.

I'm not trying to punish Terry. I already forgave him. I just want him to be supportive of me, and I'm also trying to find a place to put my emotions from the fight.

That's why when we are at SIP wine tasting I said "Let's hit the pause button." I was really glad that Terry pulled me aside to make sure I was OK. Clearly we love each other, but it's not going to be resolved in one day and I want to enjoy my stint on Hot in Cleveland. Sometimes it's OK to walk away from an argument.

The key to a healthy, strong relationship is communication -- of which we had a breakdown. Our marriage is stronger because of this. I don't regret it because of that, but its still hard to watch on-screen and share with the world.

I'd like to thank everyone for the supportive tweets, Facebook messages, and notes to my website. I'm so appreciative of everyone who understands that relationships aren't always perfect, and you all seem to be proponents of seeing real moments in our lives (good and bad) instead of just making "nice nice" for the cameras.

On a happier note, next week you get to see me in action! Back at work as an actress with a great guest star role on TVLand's Hot in Cleveland! I had a great time and I'm excited to share it with all of you! If you'd like a sneek peak you can check out scenes on my website HeatherDubrow.com 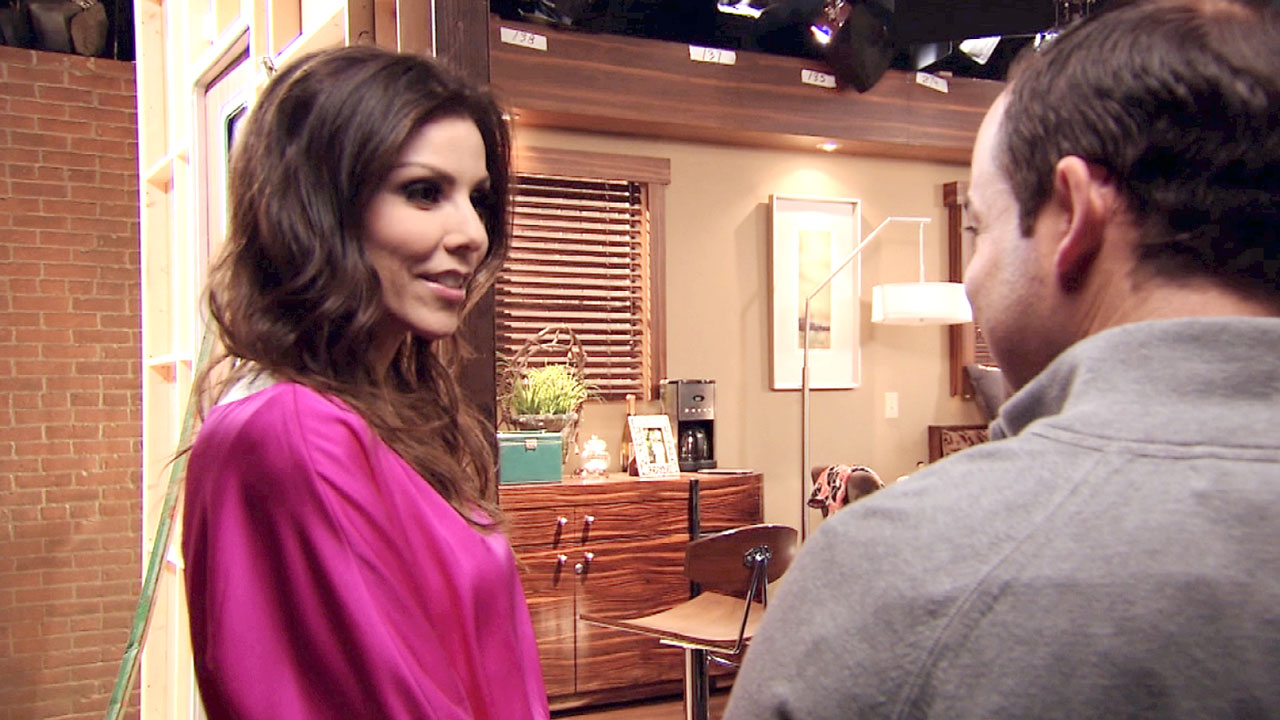 Thanks again for watching. Until next time!