As the season is coming to an end, it's so weird to watch this episode and reflect back. My relationships with many of these women have changed and grown. So to go back and see where I was when we shot this and what I was feeling is a little challenging, but I will do my best.

Walking into Vicki's house was a real treat. I knew she had redone everything since her divorce and the remodel job she did was exquisite -- down to the finest detail. It was cool to support my friend in her beautiful home. She takes a lot of pride in it and she should!

I had never heard "Radio Slade" or any of the comedy bits about Vicki before she played them for us that day. I don't think I can express to you how sad, awkward, and broken that moment was. To see Vicki's obvious pain from Slade's words was hard to stomach. We sat there listening to him ripping on her until I finally had to ask her to turn it off. Slade should have to sit in a room with Vicki while she listened to his words. Perhaps this would help him realize how powerful they are. That said, I don't think people are all bad or all good and I don't think Slade is some horrible man. I believe he has been hurt, and so he is trying to hurt in return. That is what I meant when I said "Hurt people hurt people." That doesn't excuse his actions at all. I just hope when he watches this he can grow from it. 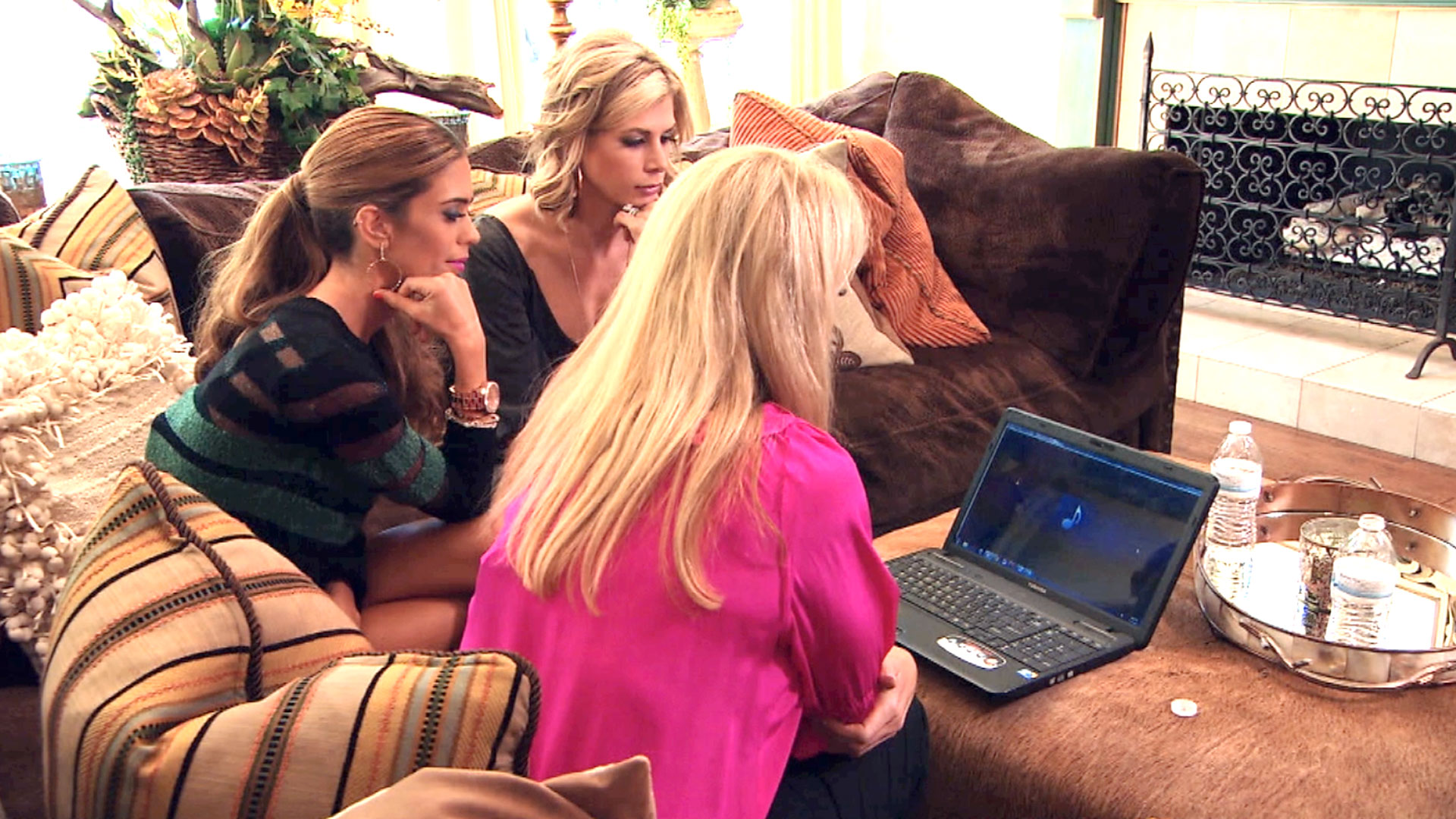 On the other hand, it was really beautiful getting to watch Gretchen propose. Seeing the clips from the past and how she has had to stand by and fight for Slade was a true testament to me of her love for him. Obviously, no matter what anyone says she loves this man. And, she is going to sing her heart out telling him how "the time is now!" It inspired Doug and me to watch our video of the day, seven years ago, when Doug proposed to me in Laguna Beach. It was the greatest surprise and a beautiful moment, which I will always cherish. It's a special time for every couple and I love that Gretchen shared it with all of us. She even has a song to show for it that I can't get out of my head. It was a very special moment and one of my favorites to watch of the season.

At the Winter Wonderland party I was amazed! Vicki's home was transformed and felt like a movie set. It was magical and romantic. I loved it. As soon as the topic of conversation turned to Gretchen, I could see her walking towards us. I can hear some of you now saying "If she's so direct why would Lydia say that?" However, if you watch the scene you will see I tell Tamra to be quiet because Gretchen is coming. I am direct, but I also have a heart and am tactful. How awkward would it be if she walked in and overheard someone saying her name? There was already a lot of weirdness when she walked into the room. We all end up speaking directly to Gretchen about our respective issues with her on next week's episode. . .