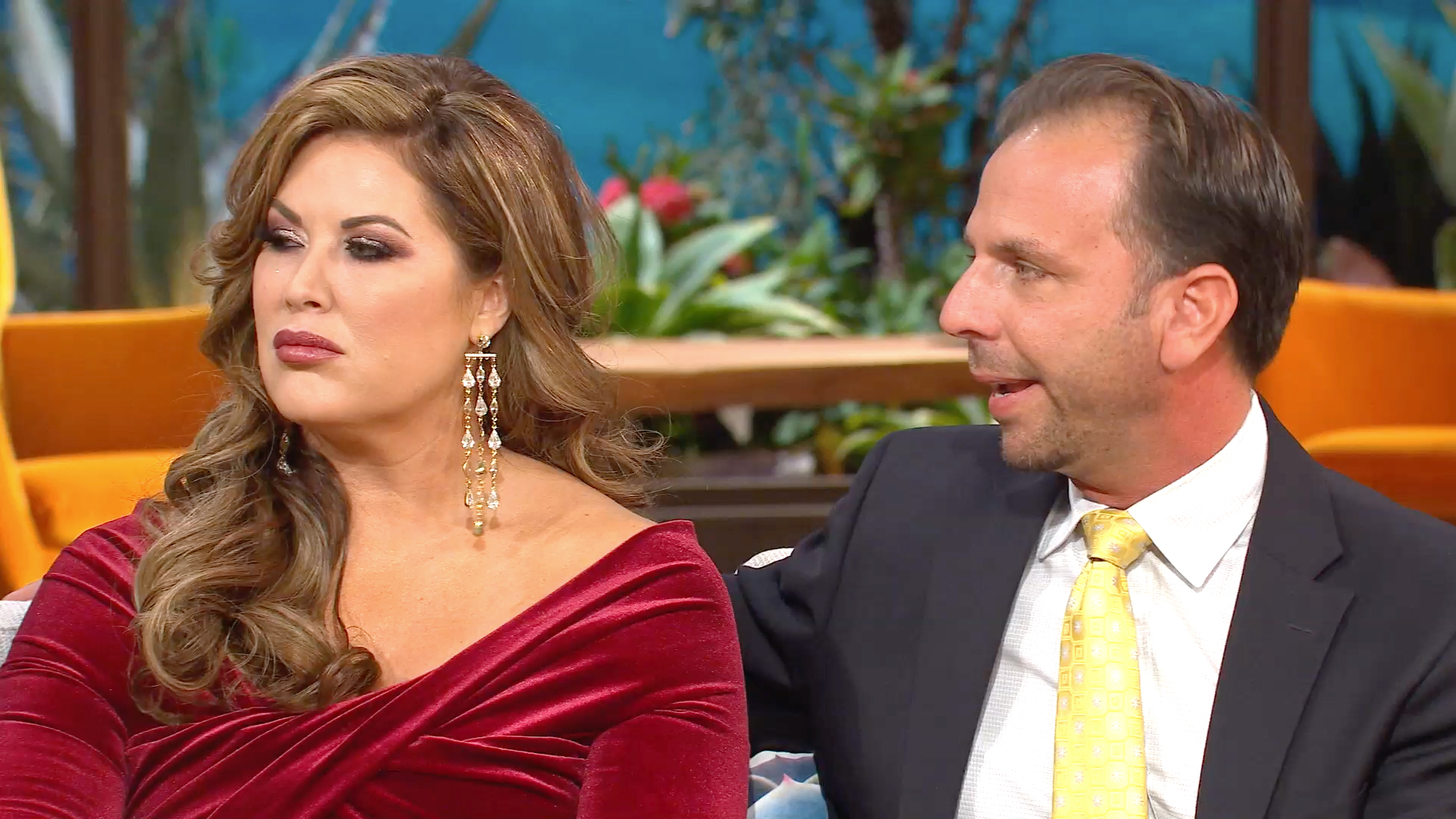 It appears that Emily Simpson has spent some of her time in self-quarantine time rifling through old photos. In a recent Instagram Story, The Real Housewives of Orange County mother posted a vintage photo of her husband, Shane. And if you've ever wondered which background Shane chose for his school portrait, now you have your answer.

Before showing off Shane's throwback style, Emily posted a few vintage snaps of herself. Back in March, the attorney shared some photos of herself in her 20s, displaying what she called: "That early 2000s chunky highlight look."

Then, it was Shane's turn to be featured in a throwback gem. His wife posted the photo to Instagram Stories on April 3, adding a hashtag that spelled out out Flashback Friday. The image seems to depict Shane from his school days, when he had quite the head of hair. With sideburns and some major volume on top, throwback Shane also had full eyebrows and the same goatee he sports today. He smiled stoically for the pic, and wore a deep purple top with a v-neck. (We have a theory that this could even be a graduation gown, but it's tough to say.)

Meanwhile, Shane's not the only RHOC beau we've seen throwback-style. Kelly Dodd's fiancé, Rick Leventhal, showed off his curls of yore in an unearthed snap from the 1980s.