Pregnant Gretchen Rossi and Slade Smiley Are Getting Into the Cannabis Business: Here's What We Know 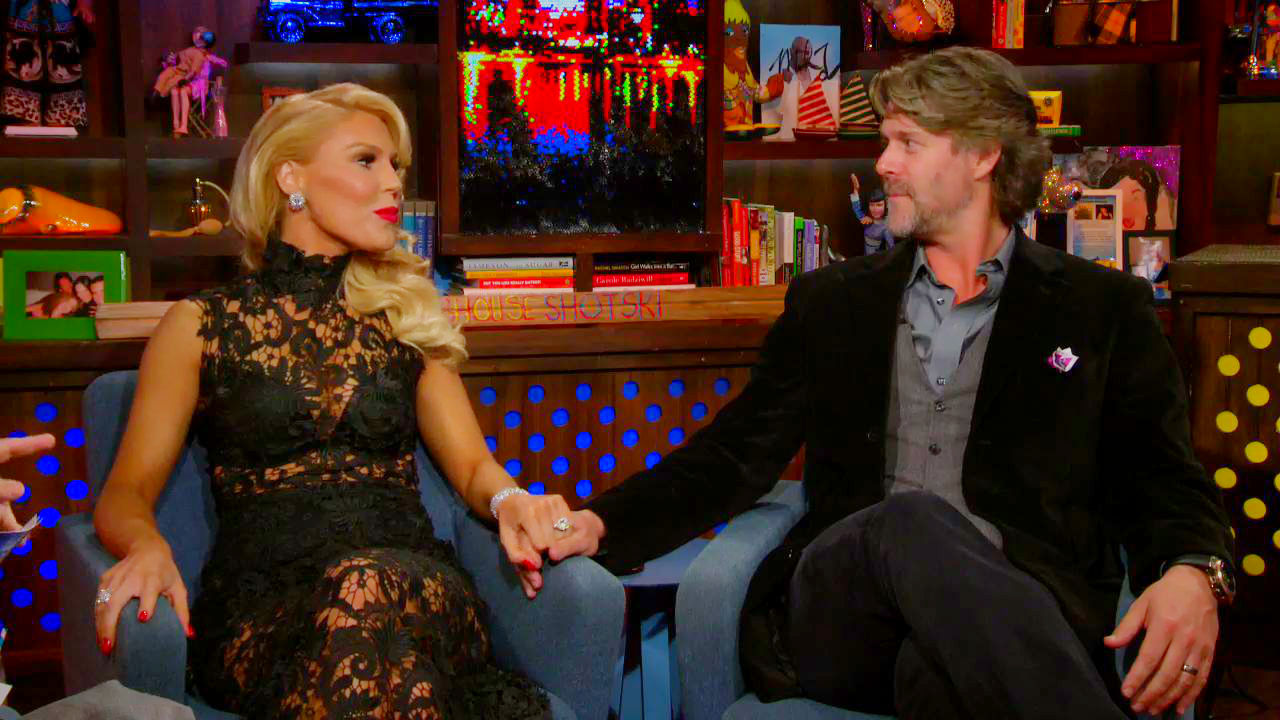 CBD, the non-psychoactive cannabis compound, is popping up everywhere these days. With reported medical benefits ranging from anxiety relief to easing inflammation, the cannabis-derived substance is a hot ingredient to use in cocktails, chocolate, and tons of other foods. It's also a popular business venture for Bravolebs.

To review, Teresa Giudice sells her own line of CBD oil. Plus, Tamra and Eddie Judge Tamra and Eddie Judge just launched VENA Wellness, which offers CBD oils, tinctures, gel capsules, and creams. And now, The Real Housewives of Orange County alum Gretchen Rossi and her beau Slade Smiley are launching a cannabis line of their own.

On January 16, Gretchen shared an Instagram Story that featured an announcement from BioReigns. The company, which makes water-soluble CBD supplements, has partnered with Gretchen and Slade to create a few products.

A press release went on to explain that Gretchen and Rossi actually partnered with BioReigns in March of 2018, and began making products that were available to family and friends. Now, the couple is launching three products in the marketplace. They've cooked up metabolism-boosting capsules, a calming tincture, and so-called "sleep formula" called CBD ZZZ. Sounds pretty chill to us!

7 Hot Diets Everyone's Going to Be Talking About in 2019

Take a peek at the announcement:

Teresa Giudice Sells Her Own Brand of Coffee — And CBD Oil!

Tamra and Eddie Judge's CBD Company Is Open for Business