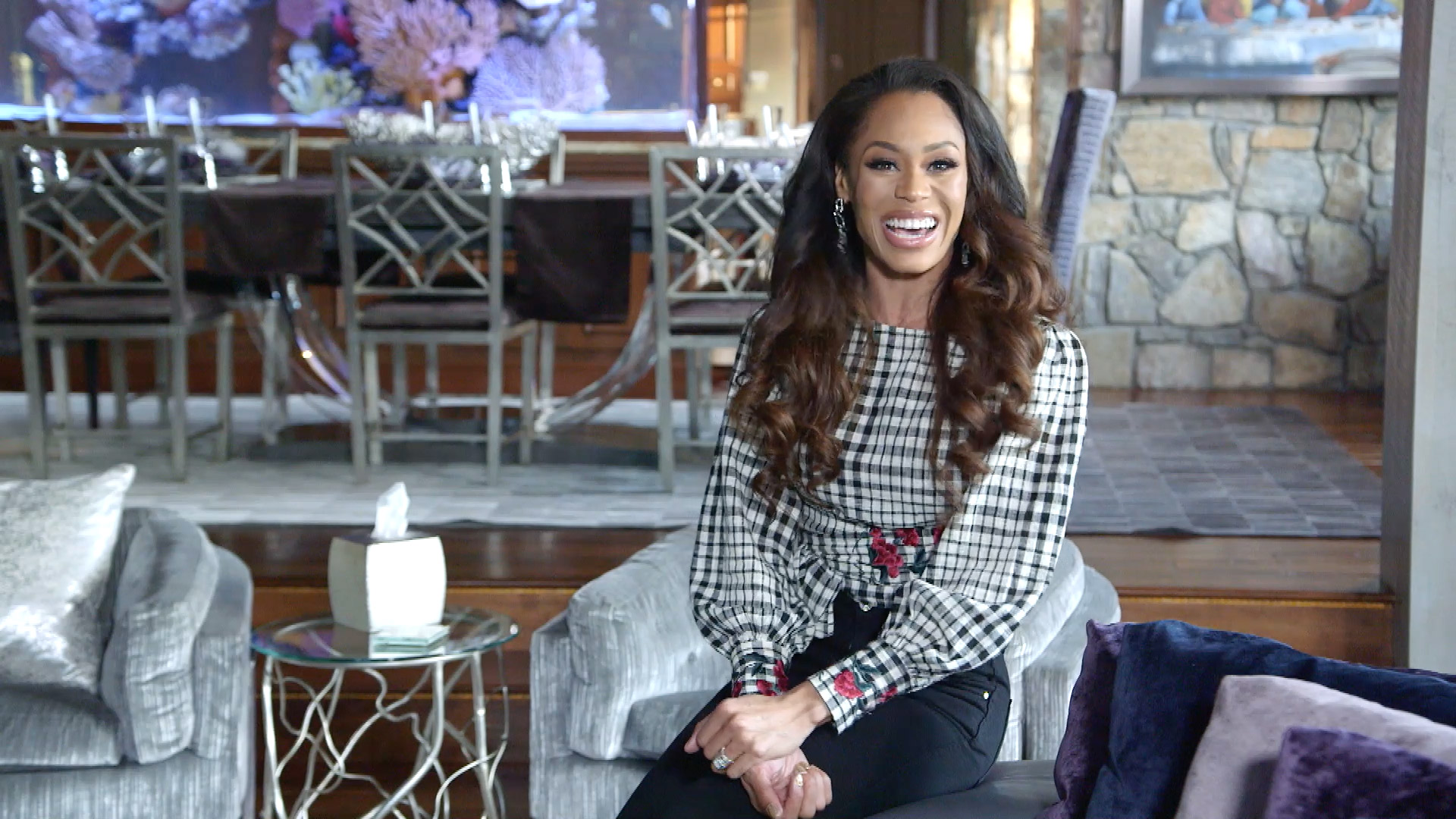 Monique Samuels of The Real Housewives of Potomac recently gave us a tour of her baronial Potomac mansion —  check out the full video tour above — and there are so many show-stopping features it is hard to know just where to begin. Let’s start with expansive open-plan layout where the kitchen, dining and family room flow seamlessly into one another, which allows Monique and her husband, Chris, to relax by their majestic stone fireplace while still keeping track of their two (soon to be three) kids.

Then there is the massive kitchen island that, Monique hints, might at times be used for the kind of cooking that doesn’t exactly involve recipe books, if you get our drift. Let’s not overlook the uber plush master suite outfitted in soothing champagne hues and accented with a XL leather settee that is the stuff of dreams, literally.

But what really gives the house its wow factor are two stunning aquariums that Monique had installed. The first one is floor to ceiling height and used a space divider between the kitchen and dining room. As far as focal points go in a décor scheme, it’s pretty exceptional. Stocked with a snowflake eel, two sharks and a few queen fish named Beyoncé and the Girls, this is one shark tank that doesn’t give us a case of the willies.

The second aquarium is in Monique’s kids’ room and houses two sprightly clown fish — that’s right, Monique’s kids actually get to share their room with Nemo. Check out Monique’s amazing digs and find out how she indulges in a guilty pleasure whenever she gets some “me time.”