Why So Many Moms Are Doing Over-the-Top Maternity Shoots 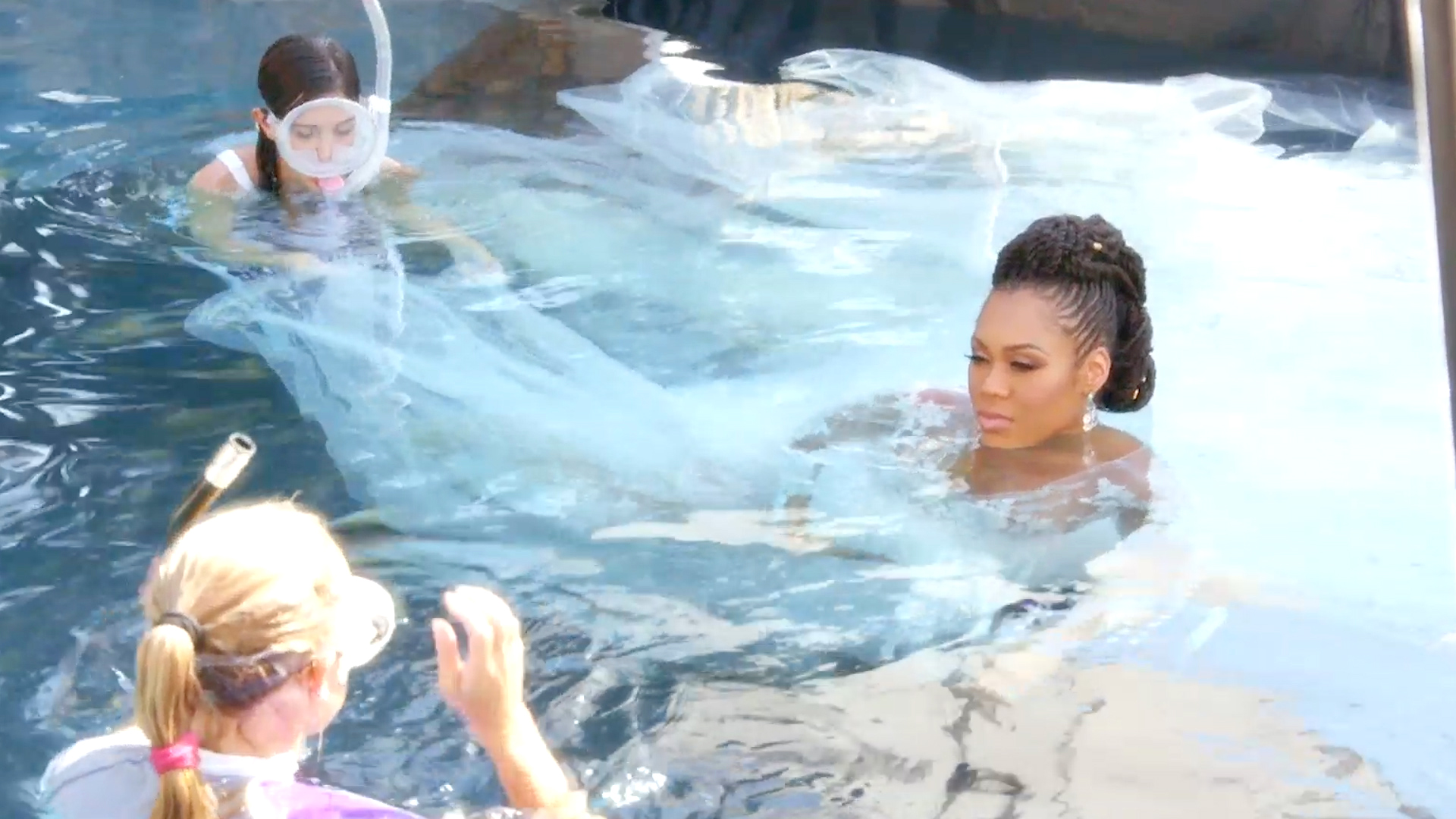 Whether it's for the big announcement, to celebrate your pregnancy, to freeze a moment in time, or have something to give your kids and grandkids, maternity shoots are a major thing.

The Real Housewives of Potomac's Monique Samuels did an elaborate underwater shoot while pregnant. Her fellow 'Wife Ashley Darby had a beach shoot of her own.

It's not just Bravolebs who are getting in on the trend. New York-based photographer Juila Xanthos Liddy says more and more people are hiring her to shoot them while pregnant.

"I'm asked to photograph families often, but people are requesting more often to do maternity sessions," she tells Personal Space.

Xanthos Liddy says people just want to remember the moment, so there's a lot she has to consider while setting up in her studio or traveling to the mom.

"Being pregnant means the mom may not be having a great day and is likely exhausted so these things need to be taken into consideration," Xanthos Liddy says. "It’s different for everyone though."

She did offer some advice on when the best window for a maternity shoot is.

"Plan it for when you are still feeling good and not at the end of the third trimester," she says. "Wear a flowy dress you feel pretty and comfortable in. Incorporate the siblings into the session if you can. Now with my studio I’ll be able to do lots more work indoors but I prefer to go out in a park. I'm planning my next client's session in Coney Island, for example."

She even had her own family photograph when she was pregnant with her second baby because she knew she'd never be pregnant again.

"I even got a flower crown and everything," she says. "A photographer named Camila gifted me the session."

Xanthos Liddy's own photography studio is in Bay Ridge, Brooklyn, and opens up next week. She is also the photographer behind YoungLove.nyc.

Ashley Darby Strips Down for a Maternity Shoot