Robyn Dixon: I Had No Clue That Candiace And I Had An Issue 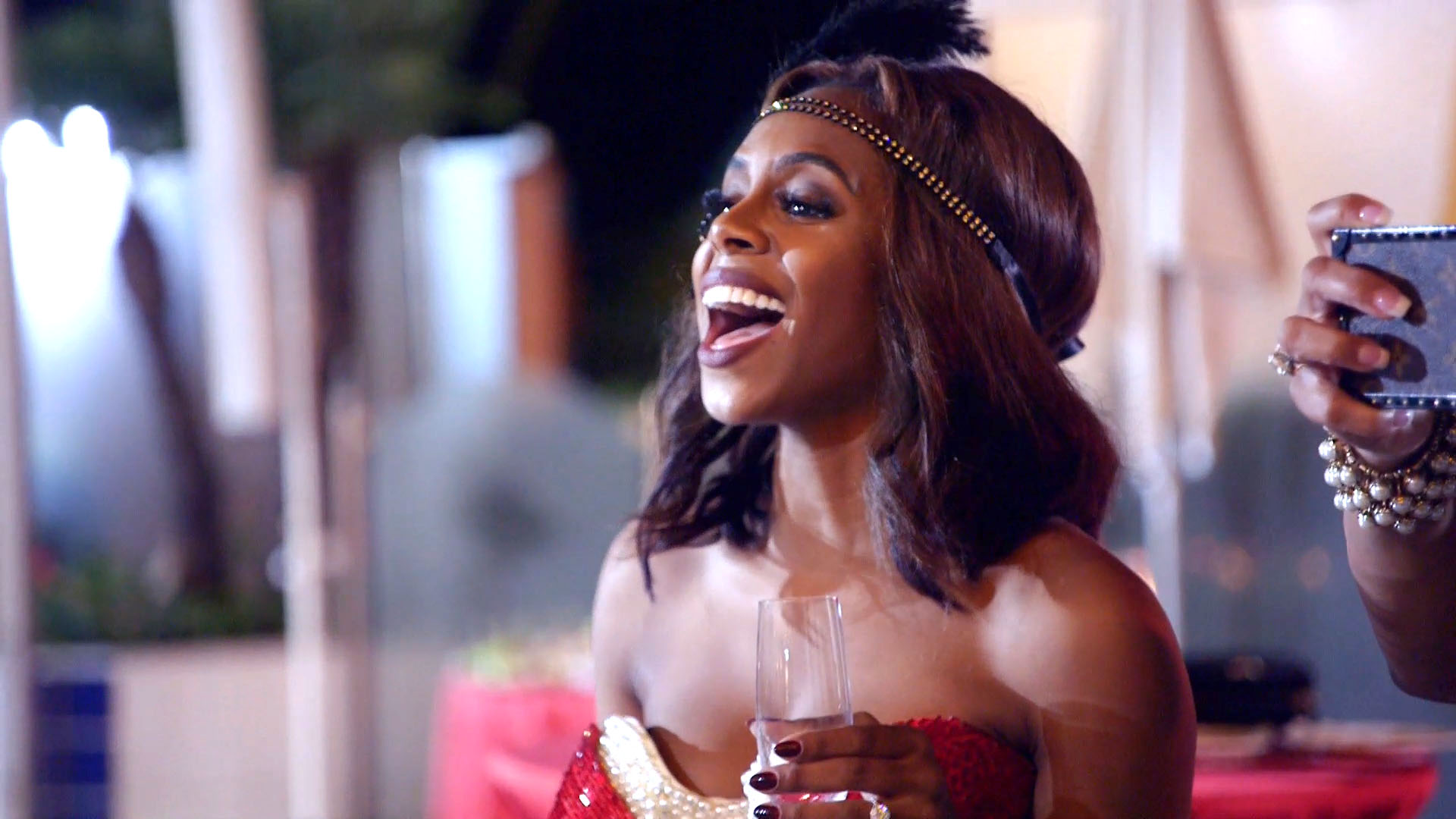 BravoTV.com: Talk a bit about this moment in which Candiace Dillard confronted you and Ashley Darby at the winery.

Robyn Dixon: That was such a strange moment! I could not for the life of me figure out what the hell Candiace was talking about. I had no clue that Candiace and I had an issue so when she confronted us at the winery, I didn’t realize that there was even a need to have a serious conversation about anything. I just wanted to take my pics and go back to the hotel, not have a heart-to-heart about much ado about nothing!

BravoTV.com: How did it feel being in the car while Ashley and Karen Huger had their feud? What were you thinking when Candiace jumped in during that fight?

RD: O. M. G. That blowup between Ashley and Karen came straight out of nowhere but was one of the most entertaining arguments I have ever witnessed. I mean, it just kept going and going and going! I was pretty exhausted while in the van so I don’t know how Ashley and Karen even had the energy to keep going at it. Candiace really needed to stay out of that argument. Those two have been going at it for years, so nothing Candiace had to say had any relevance or importance.

BravoTV.com: Do you agree with what Candiace said about you and Ashley being different around her depending on if Gizelle Bryant is around or not?

RD: No, I don’t agree with one word Candiace said about me being different around her when Gizelle is around. I can’t think of one time when anything like that occurred with Candiace. Did I have anything critical to say to her about her man’s penis? NO. Her mother’s financial involvement? NO. Her woe is me I’m a princess story? NO. I never had a conflict with Candiace nor treated her with disrespect. It is very clear that Candiace had been drinking too much of Monique’s hateful Kool-Aid and believed the “Robyn and Gizelle are mean girls” narrative that she created and spews on a regular.

BravoTV.com: How did you and Ashley decide to add the umbrella moment into your dance for Monique Samuels?

RD: Ashley and I love to be silly and have fun so when we found out we were throwing a burlesque themed party for Monique, we both jumped at the chance to do something fun. Considering the fact that I can’t dance very well and forget choreography in seconds, adding the umbrella skit into the dance made the most sense for my non-talented self. As a group, we experienced a ton of drama in such a short period of time, so we thought that being able to poke fun at one of the most tense and dramatic moments would provide some laughter for the group and hopefully allow us to continue to move forward.

BravoTV.com: How would you describe the trip overall?

RD: The trip was fun, cultural, beautiful, dramatic, exciting, and entertaining! It was an amazing experience that I will always remember.

All Posts About
Robyn Dixon
Related Stories
The Daily Dish

Who’s Getting the Worst of the Drama: RHOP or RHONY?

Is There *Really* Trouble in Karen's Marriage?