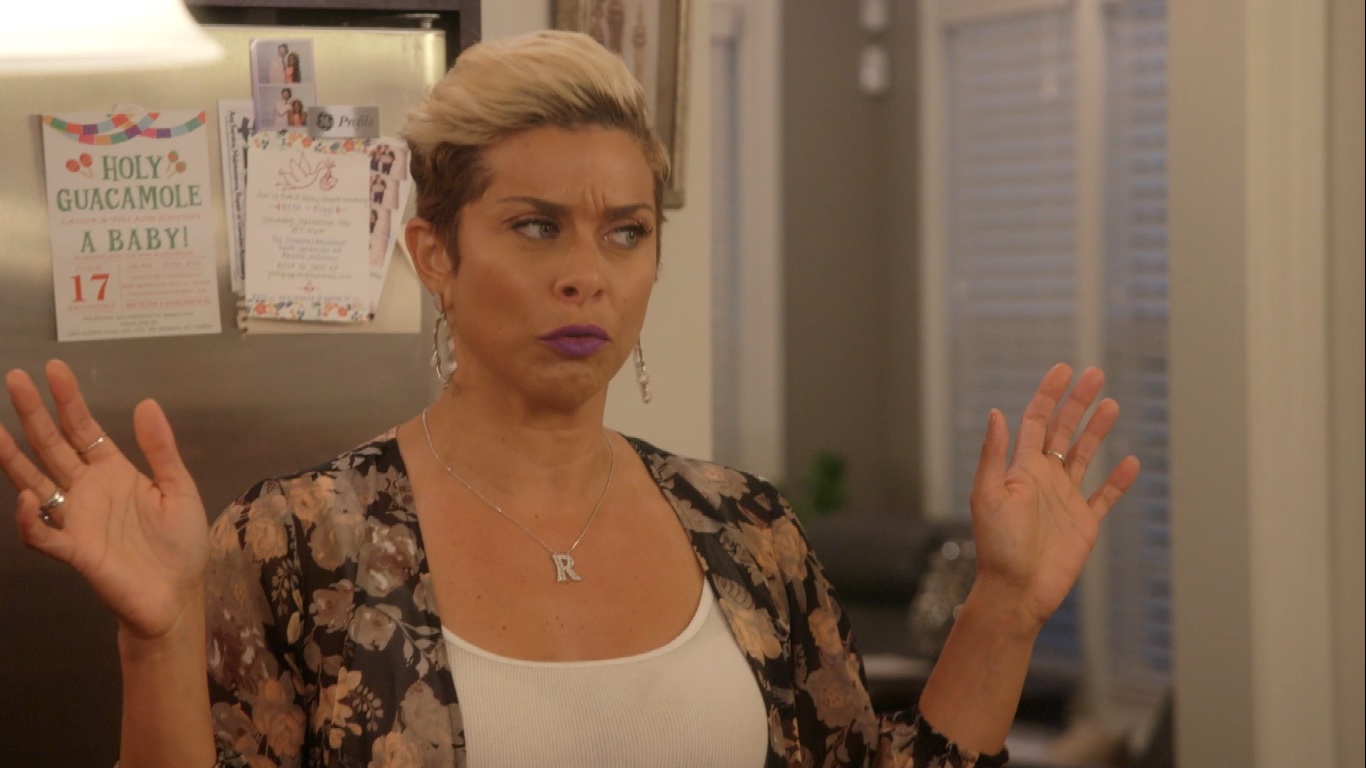 Bravotv.com: How did it feel connecting with Monique at her maternity photo shoot?

Ashley Darby: It was special for me to celebrate such an intimate event with Monique, as I have a deep appreciation for motherhood and celebrating the gift of life. I thought it was a unique idea to have an underwater maternity shoot, and it was even more impressive because I know Monique is not the biggest fan of water. As far as our friendship, it was an acknowledgment as to how far we have come over the last year. The fact that we are able to celebrate and support each other now says a lot about our growth and maturity. I am happy to have the opportunity to share this time together. 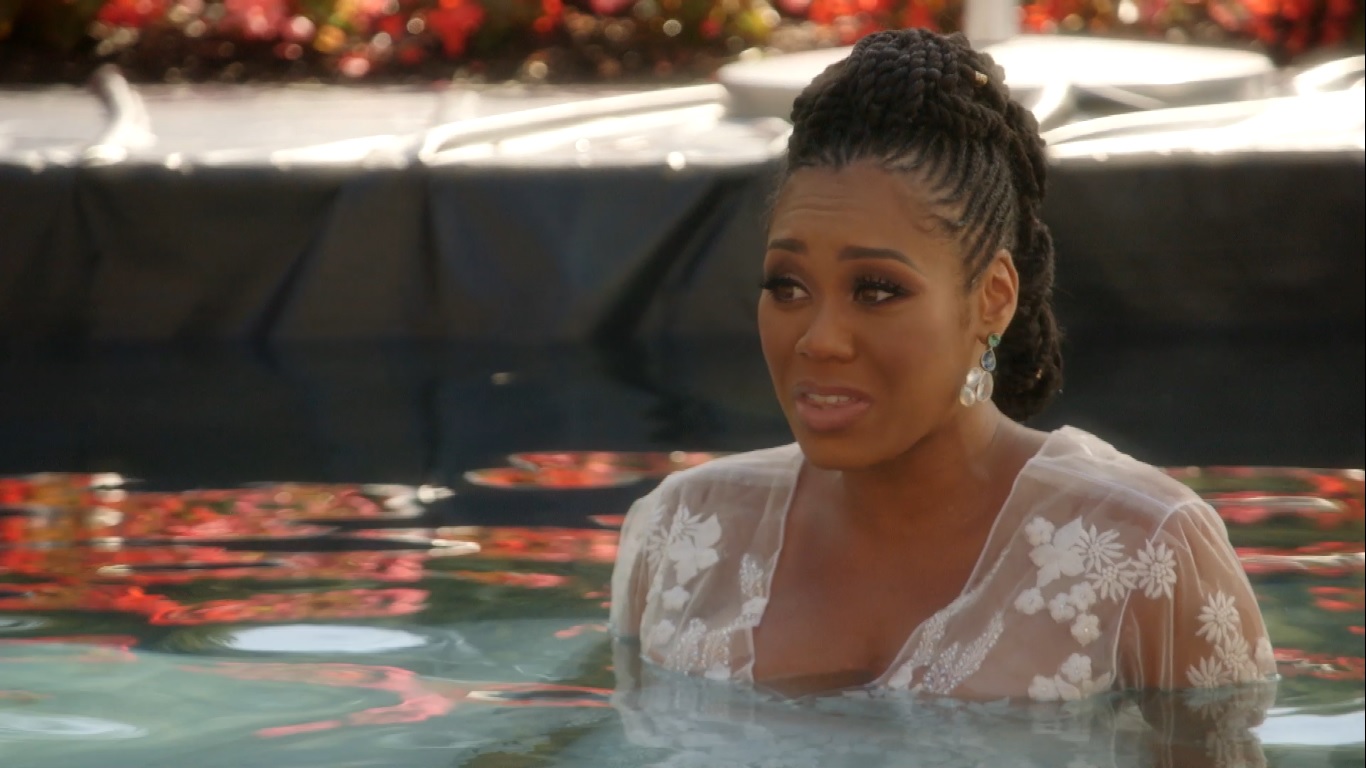 Bravotv.com: Why do you think Michael was so resistant to moving the pool table?

AD: Michael is an incredible pool player. I didn't know it when I initially met him, but the first time Michael met my mom they played an intensely competitive game of pool. Funnily, I had grown up with my mom dominating on the pool table at family functions, and now I was dating a man who shared an equal passion for the game. So I understand how much it means to him, especially since he liked to play with guests in our home. But it was time for Michael to understand we are now making space for a family, and a pool table is just not conducive to having a little one. Perhaps it was also about Michael detaching from our singularly married lifestyle, but alas it was time. Who knows – if we have a little one who becomes a pool shark like his daddy, there may be another pool table in the MAD Pad soon! 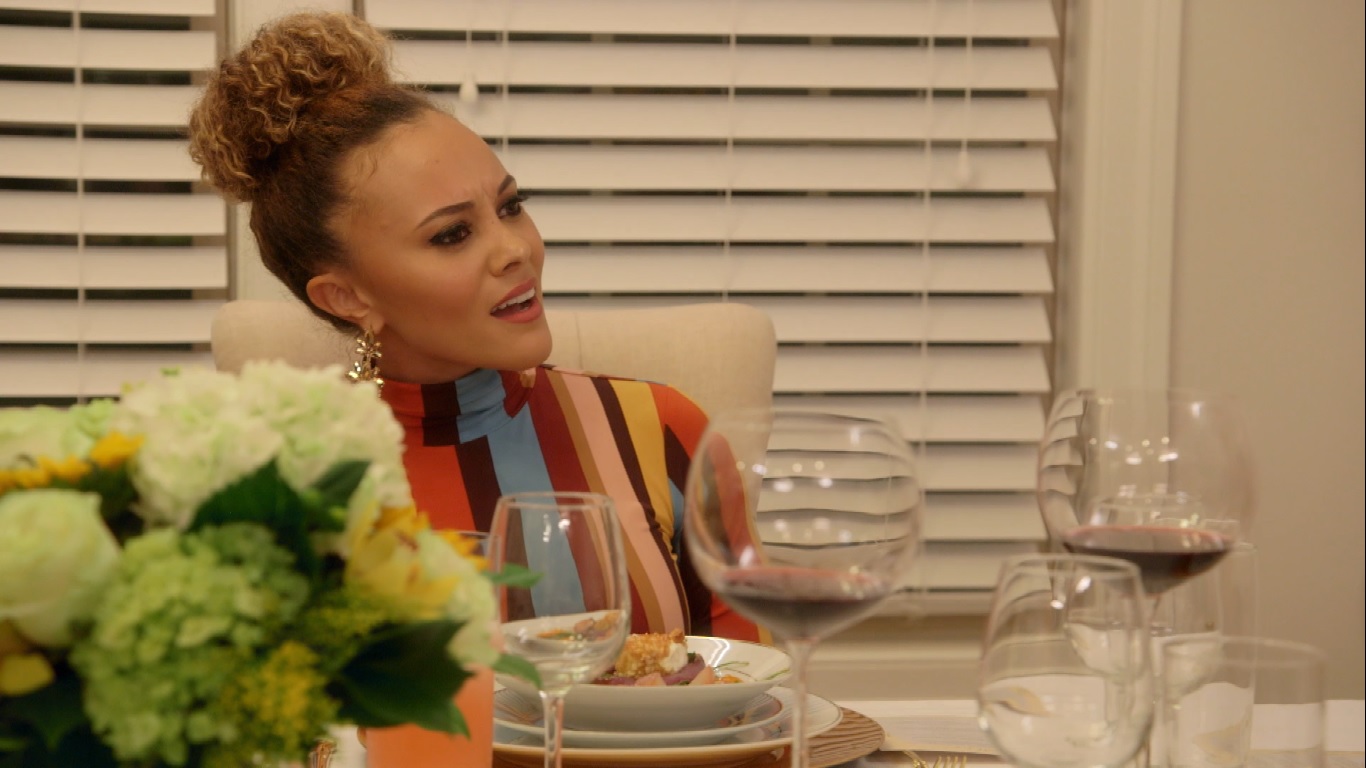 Bravotv.com: Were you surprised by the way things unfolded at Candiace's dinner? What were you feeling when you and Candiace started getting into it?

AD: First and foremost, I went to the dinner out of pure curiosity. Candiace had been so nasty and derogatory about how my husband and I were dealing with our miscarriage, so my attendance was more so to get this out in the open. When I made the innocuous (yet very accurate) statement about the generosity of Mrs. Dorothy allowing us to dine in her home, it obviously struck a nerve with Candiace who proceeded to act like a petulant child. When I was in college, I worked with a bipolar six year old in a program for troubled children. While we were reading, she started having an episode and I asked her to sit down. She picked up a pair of scissors and tried to stab me in the neck. This situation was reminiscent of that time, except now I was dealing with a "woman" in her 30s. I knew Candiace would never do really anything with that butter knife, but the initial instinct was to pounce on her for my own safety. It took restraint and reminding myself who I am to not engage any further with her during her manic moment. Chris instinctively put Candiace in time out, and it seemed so natural to him. They have probably had instances like that in the past. I don't expect much in the way of maturity from Candiace these days, but this was even low and classless for her.

Where I was really taken aback was when Robyn broached the topic of what Michael allegedly said at L2 during my uncle's birthday party. First, Robyn, Chris, and Candiace were obliterated from drinking multiple shots of whiskey toward the end of the night. Then, they can't agree on what they supposedly heard. How was Michael talking to Chris, who heard one thing, yet Robyn and Candiace claim Michael said something different? And if it was so alarming, why didn't Robyn address the comment that night? It seems to me that she would have had no problem saying, "Hey Ashley, did you know Michael said..." since Robyn famously keeps it real.

From the sounds of it, this idea was planted by one of these individuals and it festered amongst their little group. It was quite sad actually. Perhaps Robyn is still carrying some resentment toward me for our past tensions, but I really thought better of our friendship than this. My mistake.

Preview
The Shocking First Look at What's Still to Come This Season on The Real Housewives of Potomac! 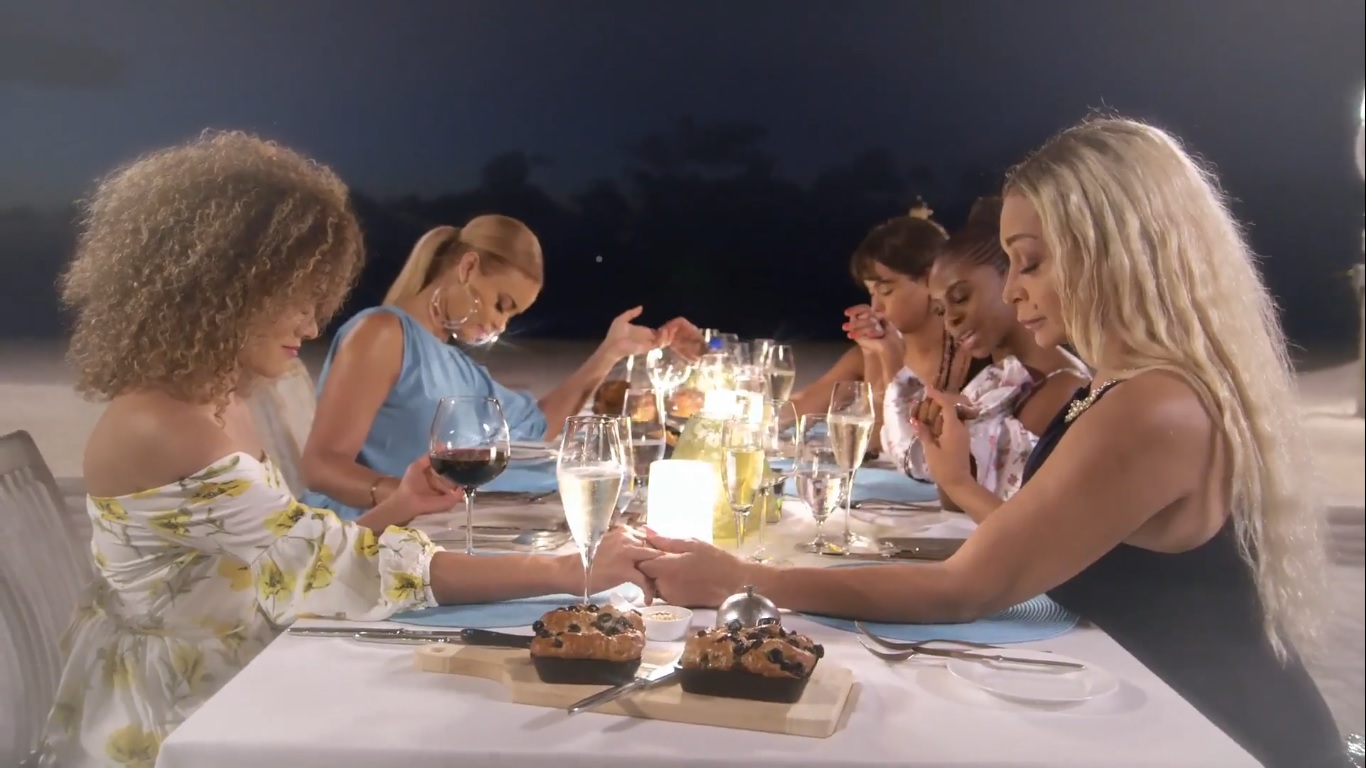 Ashley Darby Flaunts Her Baby Bump in a Striped Bikini

Ashley Darby Strips Down for a Maternity Shoot

Your First Look at The Real Housewives of Potomac Season 5