Sign Up for Free to View
Gail's Day Off: Take Me out to a Ball Game! 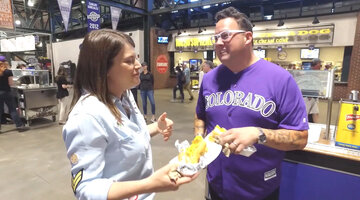 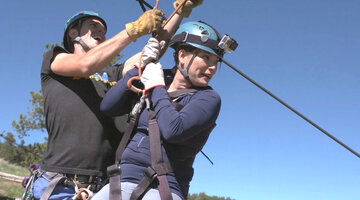 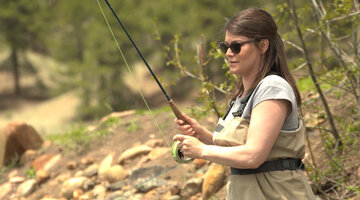 Each season of Top Chef, a new crop of hungry cheftestants faces down ridiculous Quickfires, near-impossible elimination challenges, and Tom Colicchio's withering scrutiny, all under the constant dread of hearing those six words from Padma Lakshmi: "Please pack your knives and go." But just how do these rising stars nab one of the highly coveted 16 spots, and what (or who?) inspires them to audition in the first place — other than the illustrious title of Top Chef? The Feast talked to six of this season's cheftestants to get the scoop.

For Bruce Kalman, previous cheftestants — and Top Chef winners — Brooke Williamson (Season 10, Season 14) and Michael Voltaggio (Season 6) helped convince him to audition. "I've done a lot of cooking competition shows [such as Chopped and Beat Bobby Flay] and I kind of said I'm not ever competing again, and after the last one I did, I was just done," Bruce stated. "But in talking to them, they both kind of had the same thought, which was, what would be the reasoning behind you doing the show? Is it because you want to be on TV or because you want to compete? And my reasoning was to help basically build the restaurant and grow sales and… build a brand, and those are the right reasons to do the show, for me."

It was not, however, an easy decision to make, considering the huge time commitment and the grueling nature of the show. "You're walking away from your life for seven weeks, sequestered, no phone, no Internet, no newspaper, no books, nothing," he explained. "And on top of that I had a baby coming."

Brooke referred Bruce to Top Chef casting, and he began the intense audition process, which involves a lengthy application, a cooking video, Skype and in-person interviews, background checks, and a psychological evaluation. "They want to make sure people aren't too crazy," Bruce joked.

Tu revealed that he first became inspired to try out for Top Chef by another former cheftestant, Ryan Scott (Season 4). "I was featured on his radio show as a chef here in the Bay area and we got to connecting," Tu explained. "We got to talking, and he made a suggestion; I never thought of it before. 'You should go on Top Chef, you'd be perfect for it. You've got a killer resume. I was on Top Chef, I know you'd kill it.'"

Top Chef Is Coming Back for Season 16: Do YOU Have What It Takes?

The first year Tu tried out, he didn't make the cut. But producers told him to try again the following year, and he was cast on Season 15. His culinary background — a French-Italian-trained chef who cooks Asian food — is what set him apart, he thinks, along with his "raw" and "passionate" story. "I kind of wear my emotions on my sleeve and I was very open about my story, and I think they wanted to help me tell my story, which I appreciate," he said.

Brother Luck had also auditioned for Top Chef three years in a row before deciding to call it quits. "After last year, not getting a phone call back after getting so far in the interview process, I was like, 'I'm done, it's too much of an emotional drain,'" he revealed. Ironically, a casting director then reached out to him after reading some of his published essays about his experiences traveling in Asia.

Fellow Colorado resident Carrie Baird had also auditioned previously before making the cut for Season 15. Top Chef producers originally called her to encourage her to try out for the show after reading an article which quoted her mentor, Jen Jasinski, a former Top Chef Masters cheftestant, Carrie believes. The article asked chefs to recount their favorite meal of 2016 and Jen cited Carrie's four-course tasting menu at her then-restaurant, Brazen. "And I think that that was when [Top Chef producers] found me, if I had to guess," Carrie speculated.

Top Chef casting producers likewise sought out Tanya Holland, who had previously turned down multiple offers to apply for the show. "They have called me many times over the past 10 years [since Brown Sugar Kitchen has] been open but I just kept saying no… it's not really my thing, the competition, I'm more of a collaborator," she revealed. Plus, restaurant business was booming and with two cookbooks and a Food Network show already under her belt, she felt she was more established than some of the other competing chefs. But this season was different.

"I still really wanted to do more television and those opportunities weren't really presenting themself so I thought, let me take this opportunity to get in front of the camera again, see what happens," she explained, adding, "I have new projects and it's just a great publicity opportunity. And I'm just sort of at the point where I want to be in front of the camera more regularly and let me see what kind of doors this might open."

Tanya was inspired by the success of other Top Chef cheftestants, such as Brooke and Richard Blais (Season 4, Season 8), who encouraged her to audition. "They said it's a great opportunity, it's a game changer," she said.

And when Tanya got the call offering her a spot on Season 15? She turned it down. "I was like, I just don't think I can do this right now, I just feel like it's a step backwards," she admitted. But after talking to her agent, some of her staff, and Brooke, she changed her mind. "I just decided to go for it."

Similarly, four years ago Fatima Ali had a Top Chef casting director ask her to audition and initially refused. "I declined that year because I thought I was way too young and I didn't have the kind of experience that I knew was necessary to be on the show," she recounted. "And then fast forward to last year, I actually had the same casting director reach out and this time I accepted and i went through the whole audition process because I knew I was much more comfortable in my cooking style and I had a much more direct point of view when it came to my food, which I didn't have back then."

Fatima, now 28, won on Chopped when she was just 21, which garnered a lot of media attention. "I think because of all the media presence that was already there and the fact that I was age-appropriate and had a decent resume, I think all those things just kind of clicked," she said.

As this season's youngest competitor, Fatima did not consult with any former cheftestants before or after auditioning. "I know no one personally who's ever been on Top Chef, so I was just going into this completely blind basically, just understanding that I had to go into it my absolute best," she explained. "I just really wanted to make sure I stood up against all the other fantastic chefs that I knew would be competing."

Life is better as an Insider
Bravo Insider is your VIP pass to never-before-seen content, exclusive giveaways, and so much more!
Sign Up for Free
All Posts About
Food & Drinks
Celeb Chefs
Chefs
Food
Related