Digital Original
Who Is the Most Talented Vanderpump Rules Musician? 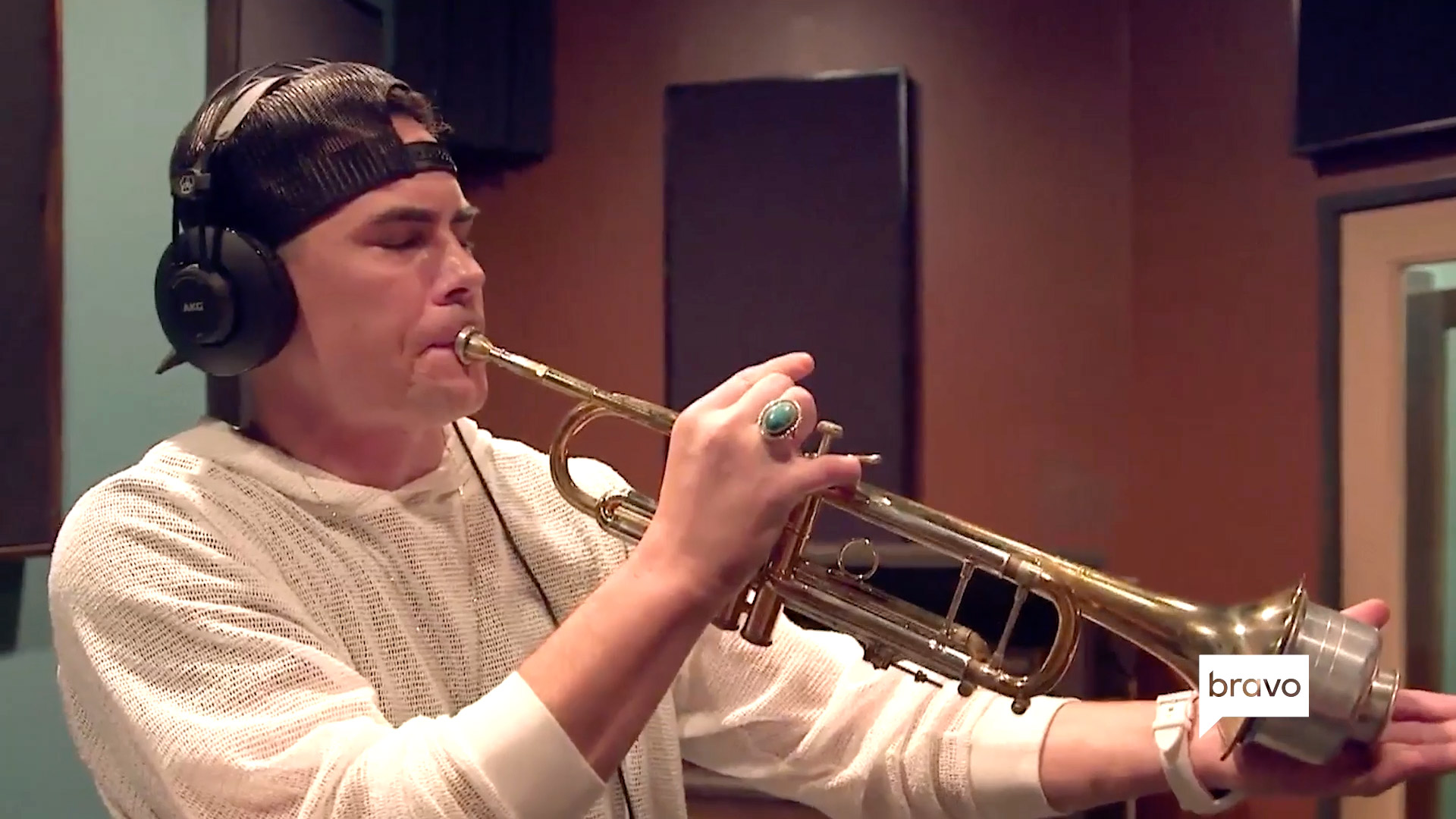 James Kennedy has made music with so many SURvers at this point, that we weren't sure if there was still anyone left in the crew to hit the studio with. Enter: Ariana Madix. Now, you may recall that the Vanderpump Rules DJ has already worked with her longtime beau, Tom Sandoval (more on that in the video above), so it was only a matter of time before it was Ariana's turn to get the chance to work with the "Topman" rapper. And, turns out it was quite the experience for her to record their track, "Party," together.

"On a scale of 1-10, my nerves were a solid 10 getting into a recording studio for the first time. Now I’m nervous while typing this! I’ve only ever sang live doing musical theatre and it is a completely different feeling than my mezzo-soprano belt!" she wrote on Instagram. "Thank you [James] for making it fun and letting me be a badass robot from the future. I conquered a fear of mine and had a blast doing it.Siri, don’t forget me when the robots revolt!"

Lisa Vanderpump Has Some Thoughts About James Kennedy's Music Career

The project was a bit of a family affair with Ariana's brother, Jeremy Madix, and James' brother, Dylan Georgiou, offering up their artistic talents for the uptempo song's eye-catching art.

LET THE PARTY START! NEW TRACK JAMES KENNEDY & ARIANA MADIX - PARTY⚡️ out not on @spotify and @applemusic and everything else check LINK IN BIO NOW!!! And thanks to her amazing bro and my mate @jeremymadix for the artwork and @dylan_georgiou for the illustrations on it 🔥 #party

Sandoval and Ariana Offer Some Major Updates on Jeremy

James Kennedy Opens Up About His Mom and Little Brothers