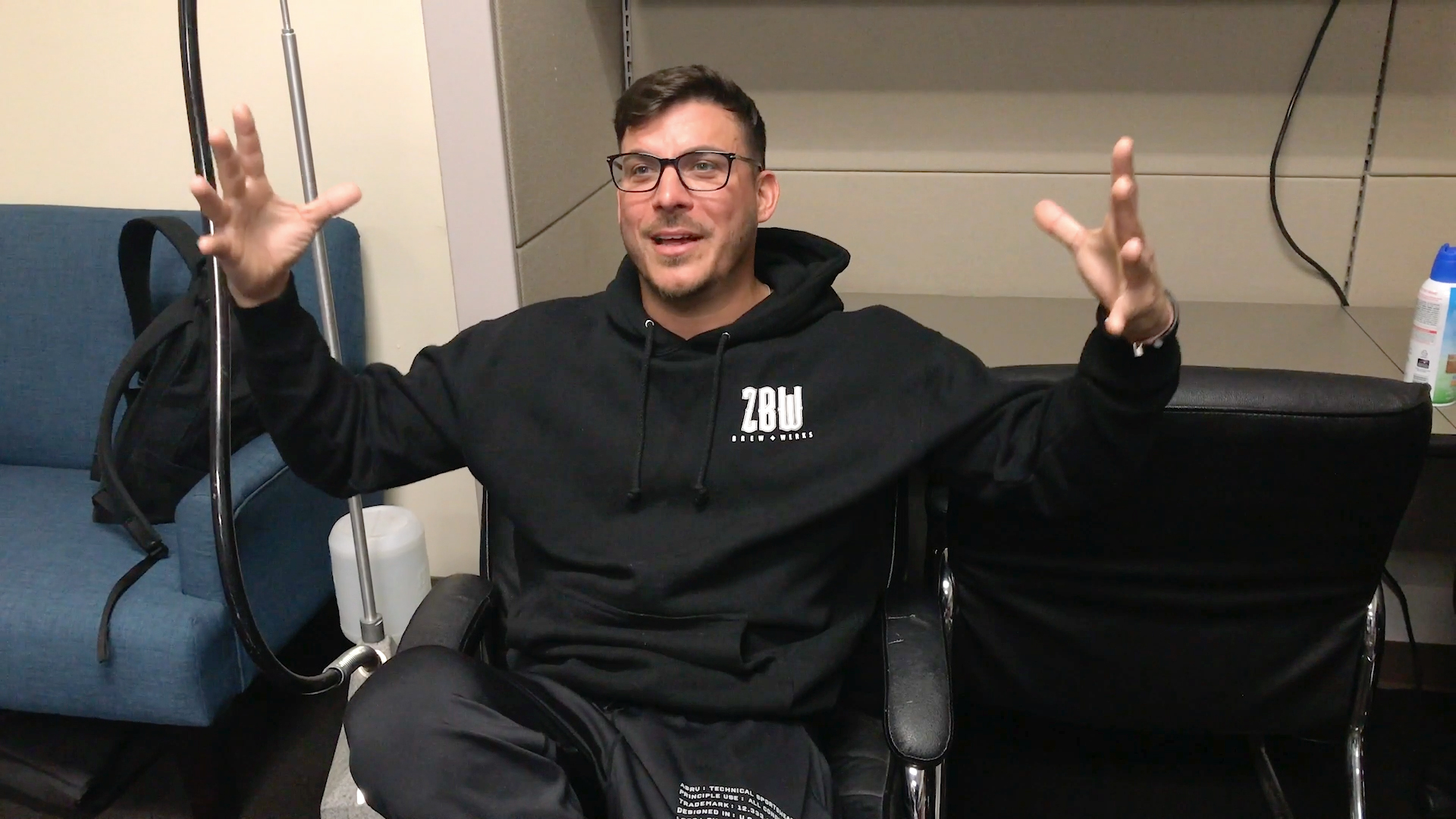 Jax Taylor and Brittany Cartwright were serious about their beautiful new backyard being the party spot of choice for their friends this summer. They recently redid their pool house, outfitting it with chic furniture from Oasis Furniture in Malibu in preparation for more entertaining, and this weekend they had a party that looks like it was one for the books.

The Vanderpump Rules newlyweds took the notion of being over-the-top to literal new heights with the tallest and coolest pool slide we will ever see in our lifetimes. What do you think — would you be brave enough to jump on that insane slide?

Also, if you were wondering if Brittany was going to change her name now that she and Jax are married, the cute cartoon saying "Cauchis" (Jax's birth surname is Cauchi) could be a clue?