Show Highlight
After Show: Can Scheana Name Any Imperfections? 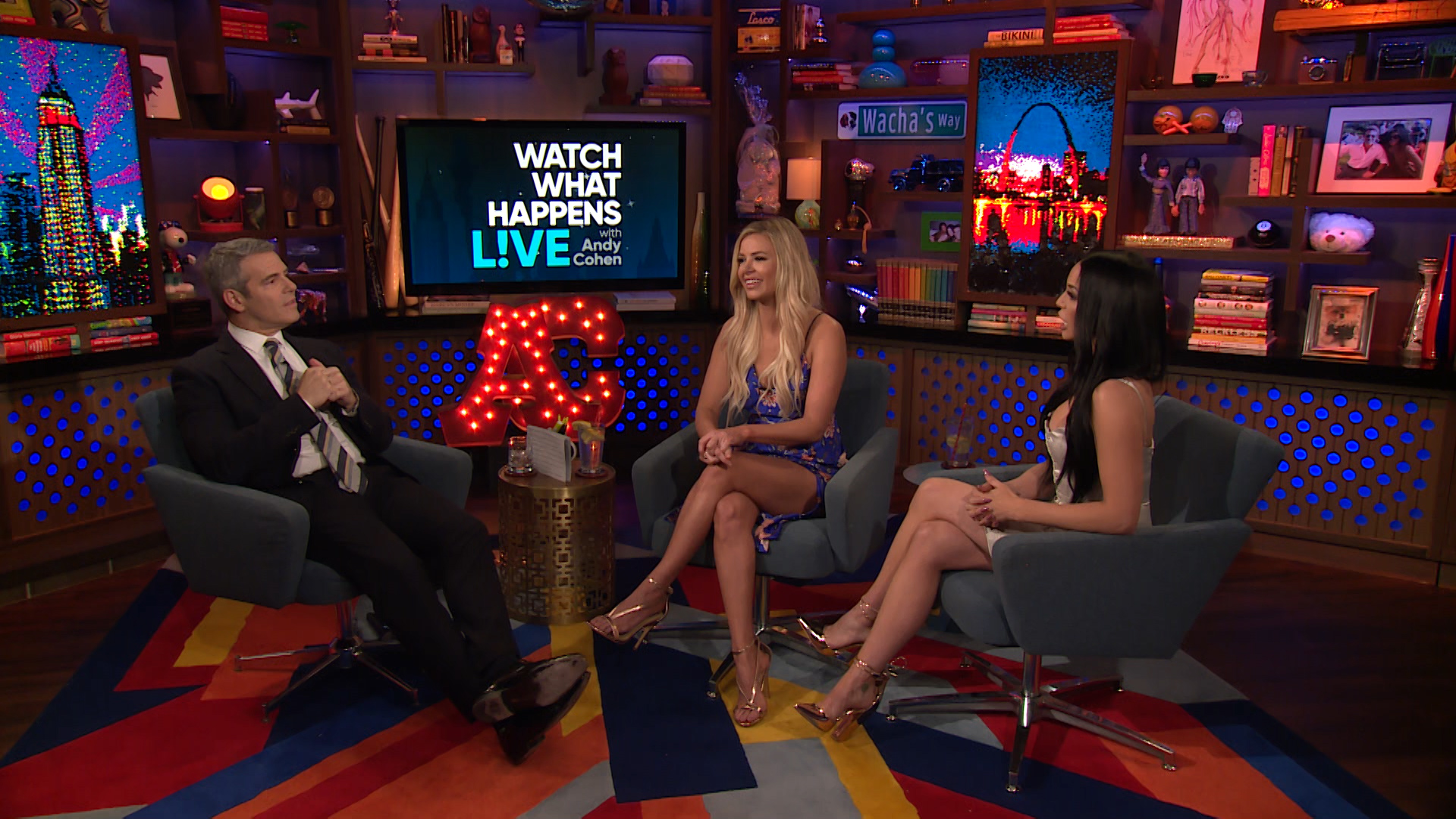 In case there was any question, Vanderpump Rules' Ariana Madix and Scheana Shay totally planned their matching hair on last night's episode of What What Happens Live with Andy Cohen. It's bestie hair, and it took a bit of effort to get this look.

“We’re best friends,” Scheana told People about their twinning hair style. “We have a lot in common but we’re also very opposite with a lot of things. So it felt very appropriate.”

To make it happen, hair guru Julius Michael added 22 inches of Hidden Crown hair extensions to Ariana's choppy bob. That matched Scheana's new hair extensions exactly. He then gave them both the same soft waves. If you'll remember, Michael knows his way around hair extensions (as seen during his transformation of Lisa Rinna's signature bob).

Here's a before and after of Ariana's journey to #longhairdontcare status.

We all love a real life #princess @ariana252525 and you’re mine but at midnight my @hiddencrownhair #extensions come home with me and I keep them safe till the next time I see you! #hair #longhair because #hairextensions should ALWAYS look this legit! #sexyhair #JuliusMichael #makeup #facebeat by the one and only @mspriscillanyc #pumprules #arianamadix #hiddencrown #wwhl #vanderpumprules #haircut #layers @juliusmichael1 @ortizarty @juliusmichaelsalon #cinderella

Is Ariana inspired to grow out her hair now? Maybe not. "I feel like long length permanently is something that’s just too much work for me," she said. "But to be able to play on a night out is so much fun."

Lisa Vanderpump Proves Just How Sexy a Tie Can Be

Kristen Taekman Bares Her Butt in a Teeny Thong Bikini

Scheana Hosted a Girls' Weekend at Her Palm Springs Home

Candiace's Mom Stuns in a Revealing Dress on Her 60th Bday