This Is Why Lisa Vanderpump Doesn't Have a Credit Card 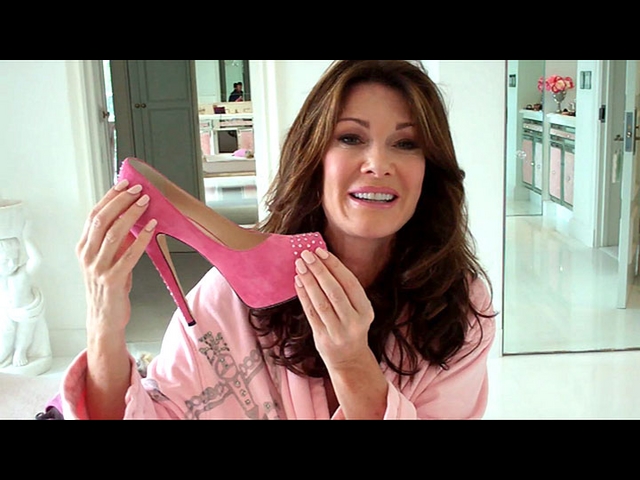 Lisa Vanderpump is at the helm of a very successful restaurant empire. (Just ask anyone who's tried to get a table at Tom Tom!) But life wasn't always diamonds and rosé (and ponies, and swans... ) for the Vanderpump Rules boss. When chatting with InStyle, The Real Housewives of Beverly Hills pal talked about her hard-working beginnings and what it means to her now to be able to spend her own money freely.

Growing up in London, Lisa started working young. She scored acting gigs in her tweens and was a self-described mediocre waitress. "I wasn't that good," she said. When she was 19 years old, she bought her first home with "not one penny from a man or my parents." By the time she was 21, Lisa had married Ken. And the rest is epic-love-story — and epic-restaurant-empire — history.

So, now that she lays claim to an 8,800-square-foot home with a moat, how have her spending habits changed? For one thing, the British beauty isn't exactly tightfisted. "I’ve been frivolous — I’ve spent way too much on a dress, on a handbag," she said. "I’m guilty of all of the above. I’m sure people see my wardrobe. I love things.”

Even so, Lisa's hardly reckless with her spending. "You’re not gonna believe it, I don’t even have a credit card," she said. "I have a debit card, and it comes out of my account. Because if I had a credit card, I would never pay the bills. I just wouldn’t remember. [My daughter] Pandora says, ‘With the amount of money you spend, you should have a credit card so you can get points.’ But I like to know where I stand."

For the restaurant maven, having money means more than just being able to pick up a couple of extravagant gowns every now and again. "Money is freedom," Lisa explained. "It gives you the power as a woman to say that you come and go when you want to. And, you know, ‘Let me pick up this dinner bill.’"

The animal lover is also firmly in charge of her own budget. "I have total autonomy over my own money," she said. "That would drive me crazy. If Ken saw, he’d be saying, ‘What’s this? What’s that?’ But actually, I’m more conservative than he is."