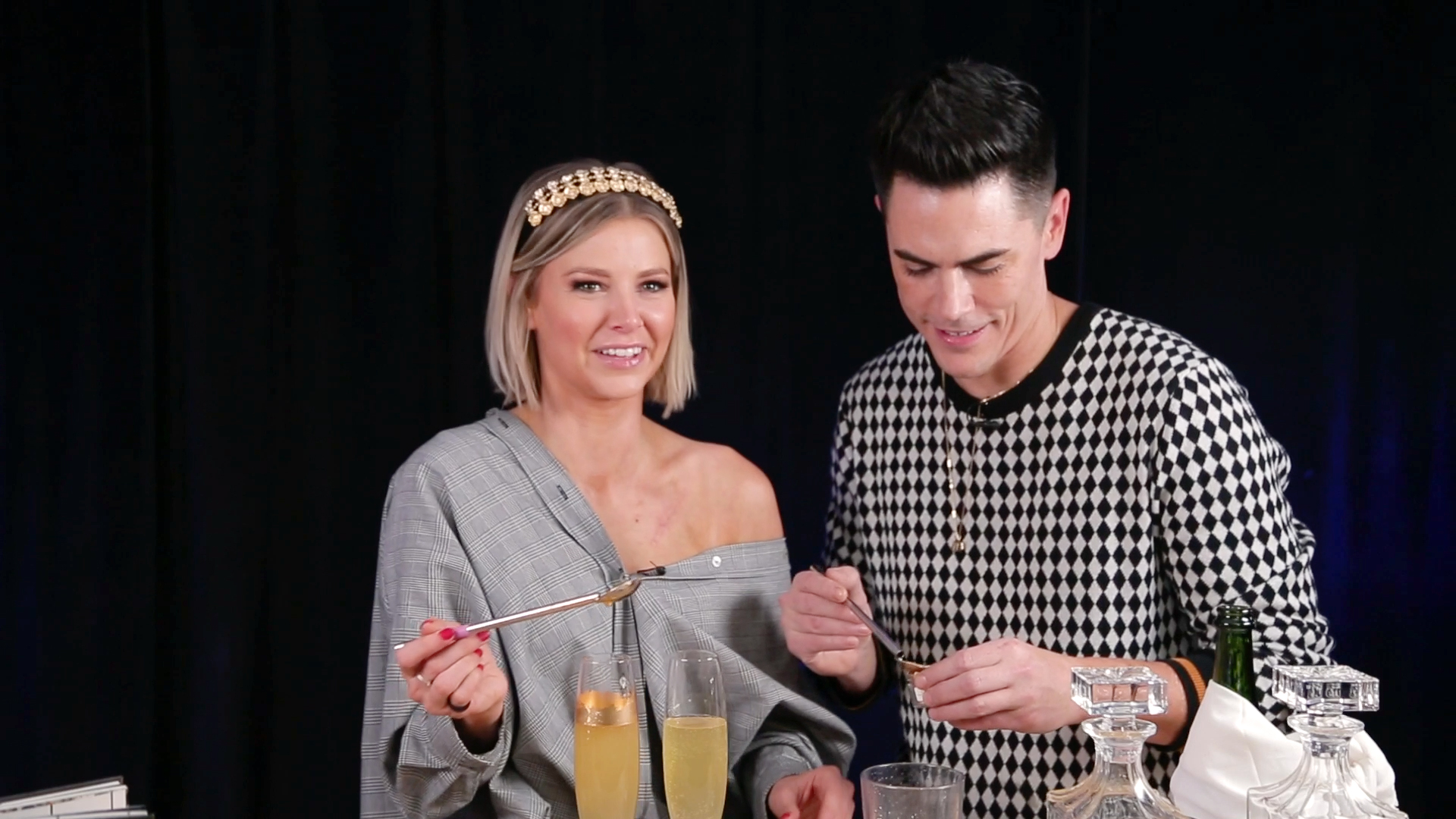 Though Ariana Madix and Tom Sandoval don't typically book a table for two on February 14 — they know way too much about restaurant scams to do that — the cocktail pros are never adverse to whipping up a specialty drink. So when BravoTV.com asked Ariana to suggest a cocktail for Valentine's Day, the Fancy AF Cocktails co-author had a love potion at the top of her mind.

"There is a cocktail in the book ... it’s named after Lisa Vanderpump. I actually think it’s perfect for Valentine’s Day because it’s smoky, it’s spicy, it’s mezcal, it’s got prickly pear. It’s just all those things," she shared. "I feel like you want something spicy on Valentine’s Day. Valentine’s Day should be spicy. People tend to go sweet and I just feel like it’s too much. Something spicy."

The drink is called FTB, which stands for fear the boss. "The FTB was one of those cocktails that Schwartz and I crafted for Tom Tom," Sandoval wrote. "Initially, Schwartz wanted to do a jalapeno-infused agave nectar. He thought it would be spicy enough, but I knew it would get diluted once it was mixed. Before even serving it to Lisa, I was nervous she wouldn't think it was spicy enough. I feared the boss. Turns out I was right, and it needed an extra kick."

The secret ingredient was jalapeno slices, and the recipe that resulted combines light agave nectar, mezcal, lemon juice, prickly pear juice, and aquafaba. (You can find the exact recipe in Tom and Ariana's book.)

So, are Ariana and Tom spicy together? "Sometimes," she said. "Sometimes we’re spicy, sometimes we’re sleepy." For more cocktail ideas from the PumpRules couple's book, peep the video above.

Ariana Is Slaying Her Book Tour in Neon Sweater & Leather