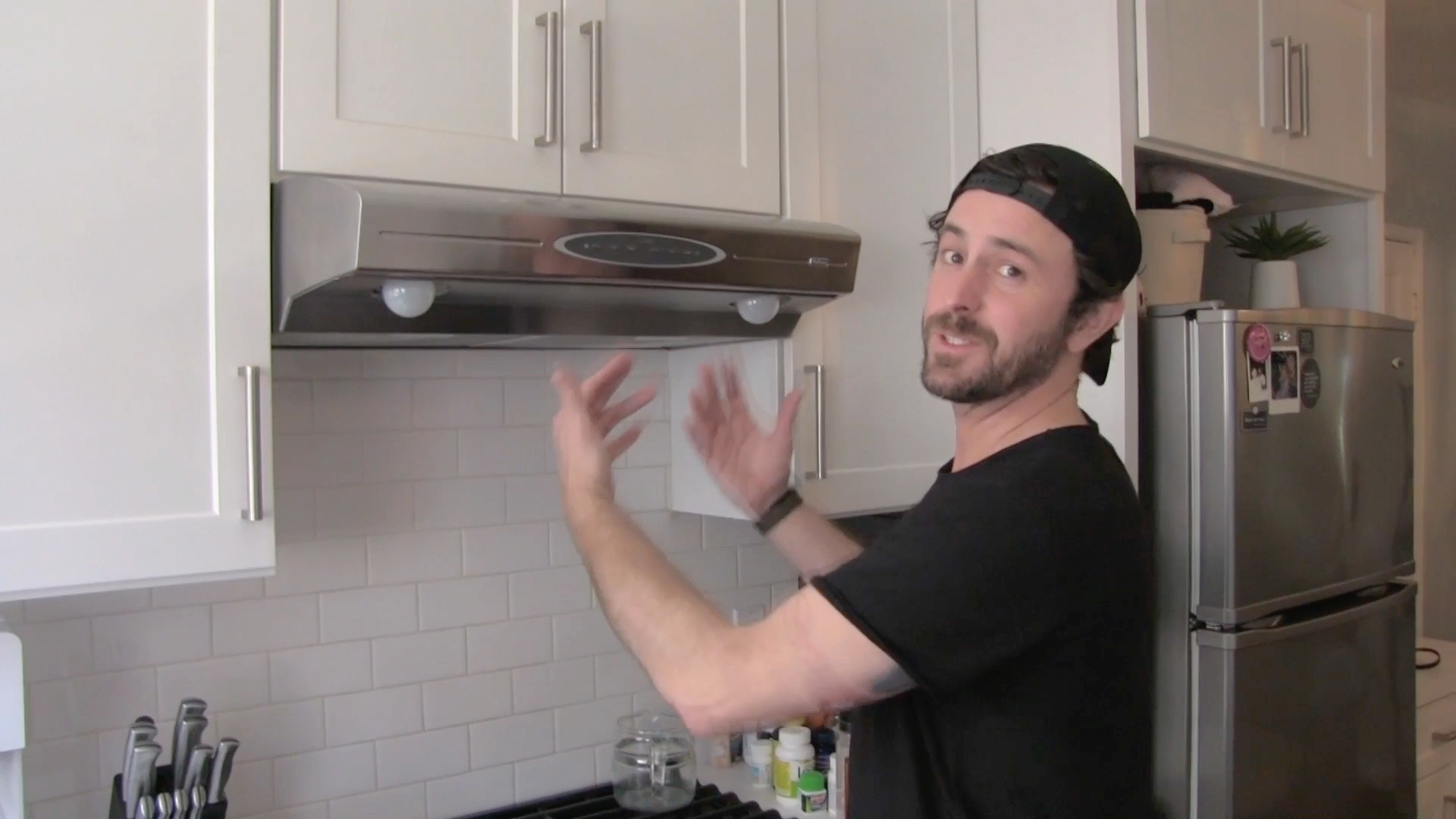 As Stassi Schroeder's fiancée, it's safe to assume that Beau Clark loves nearly everything about his soon-to-be bride. But if he had to name a flaw, Beau would point to Stassi's kitchen exhaust fan — or lack thereof.

In the video above, the Vanderpump Rules foodie, who has his own mock cooking show, "Chef Beau-au-Dee," vented about his future wife's kitchen. (Well, her then kitchen: The couple just closed on a new home, and will have a different place to cook dinner in the near future.)

Standing in Stassi's apartment, Beau said, "This is where I've been cooking for Stassi lately. I love her oven; it's got a nice grill on it. I've been doing a lot of baked salmon and baked fun things in [the oven]." However, using the grill has not proved to be as fun.

"I had to stop grilling and doing sauteing because normally in other kitchens there's a fan that takes the smoke and everything and sucks it up. But, as Hollywood is all about fakeness, we got nothing. Fake-ass apartment with this fake-ass fan, fake-ass kitchen. But I do my best!"

At least his French Bread Pizzas are still on point. For real.

Beau Clark Is Out With a Hilarious Cooking Tutorial — Watch!

Stassi Reveals the Food That Makes Her Do Crazy Things