Dayna Kathan Has a Very Impressive Collection of Booty-Baring Swimsuits

Show Highlight
After Show: Dayna Kathan on All the Talk About Her Nipples 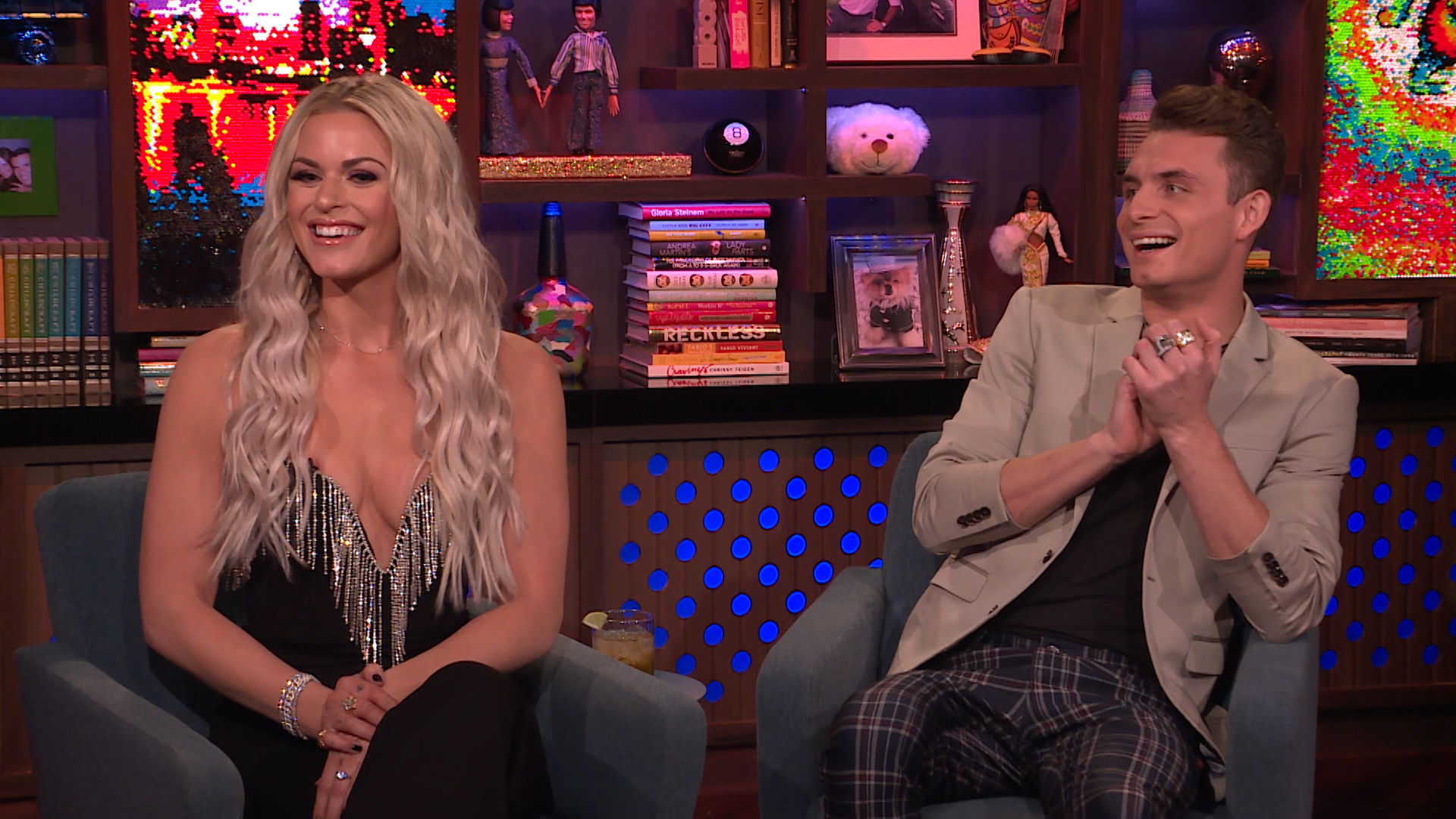 As Dayna Kathan addressed during her debut Watch What Happens Live With Andy Cohen appearance, her nipples have certainly made people talk. But if you follow the Vanderpump Rules rookie on Instagram, you'll see that her sense of style is notable for more than just being braless.

The blonde stunner also has a way with unexpected outfit combos: We give you, as just one example, biker shorts paired with an open blazer and a teeny crocodile bag. And Dayna also rocks a thong with aplomb.

As a series of posts illustrates, the SURver's swimwear style leans toward the very cheeky. The aspiring comedian has an impressive collection of thong bikinis, one-pieces, and monokinis — and she'll take her swimsuits black, thank you very much. Not only has Dayna nailed her signature swim style, though, she also knows just to pose in it.

The PumpRules rookie looks incredibly alluring as she gazes back over her shoulder in some snaps; in others, she points her toes just so, to show off her mega-toned legs. Watch the master in action:

the best way to start 2020 is with a new season of #PumpRules! Don't miss the Season Premiere in ONE WEEK on @BravoTV. (ps- i think 2020 is going to f*cking rock)

you’d think I’d be less thirsty from all the ocean I drank today, but here we are.

Oh my god, I didn’t see you there, this is so embarrassing.

Vanderpump Rules' Dayna Rocks an Open Blazer Over a Bra

Dayna Kathan Reveals the One Time She Did Wear Bras