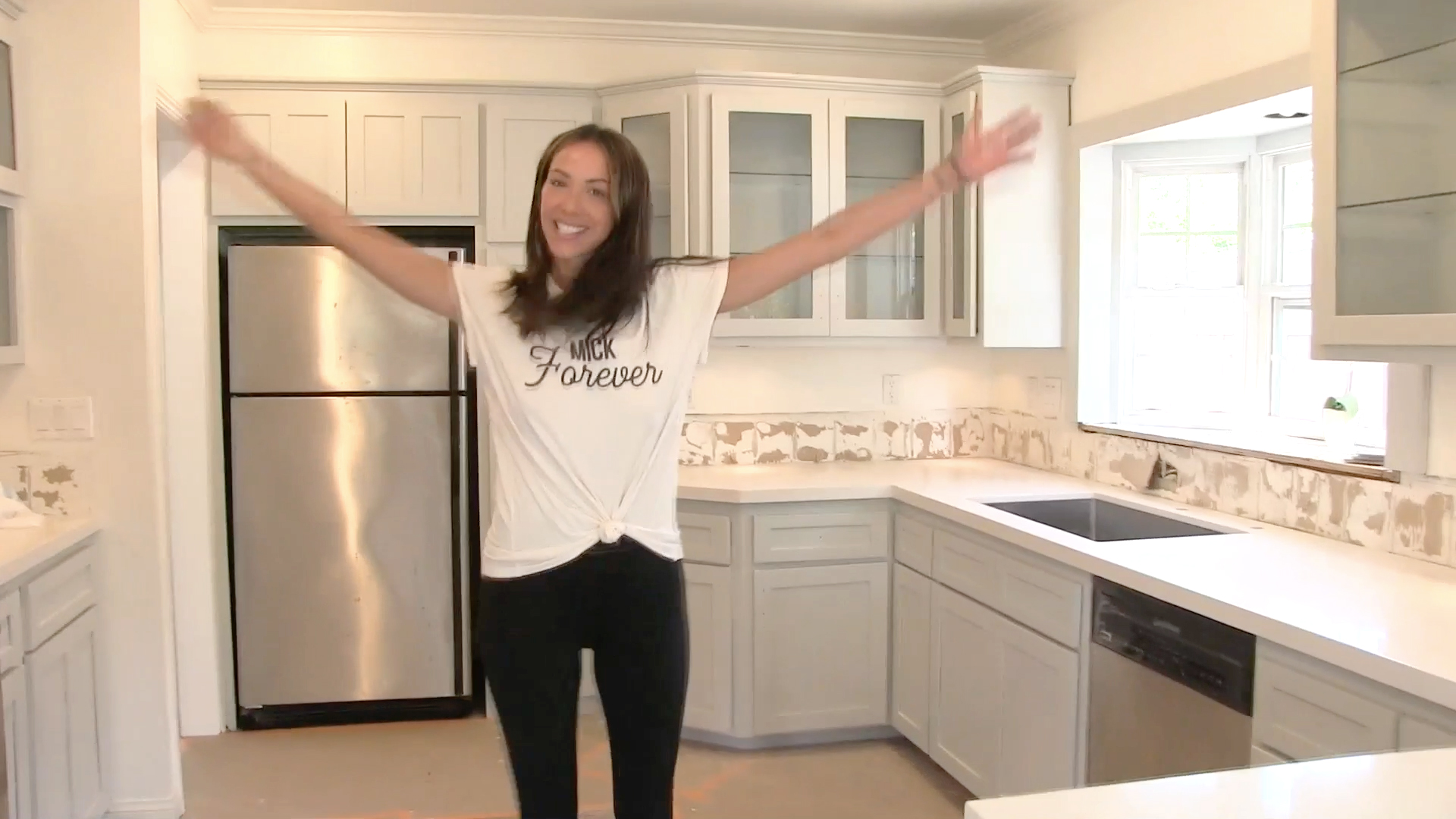 If there's anything more grownup than having a mortgage, it's feeling a frisson pass through you at the sight of subway tile. So now that she's a homeowner and a tile enthusiast, it's official: Kristen Doute is adult AF.

The Vanderpump Rules T-shirt designer recently moved into a fixer-upper and is making it her own, one '70's-inspired touch at a time. The kitchen was one space she totally redesigned, and she gave BravoTV.com a peek at her progress in the video above.

Twirling around the room, still a work in progress at that point, Kristen shared, "This is my soon-to-be stunning kitchen, that looked absolutely nothing like this when I first bought this place." Though she "got lucky" with the cabinetry that was in place when she took over the home, Kristen and her crew had some work to do on the stove.

After demoing a fixture that was a major fire hazard — which, as Kristen says, was "adult-y and really fun" — she got to work on her white countertops. She was also preparing to add subway tiles to the walls and add handles to her cabinets, and was amazed to discover how exciting sinks can be for an adult. Aren't we all?

Watch the video above to get a peek inside Kristen's all-white kitchen.

You're Going to Want to See Kristen Doute’s Stunning Kitchen

Kristen Doute Has a Genius Idea for Her Second Bedroom