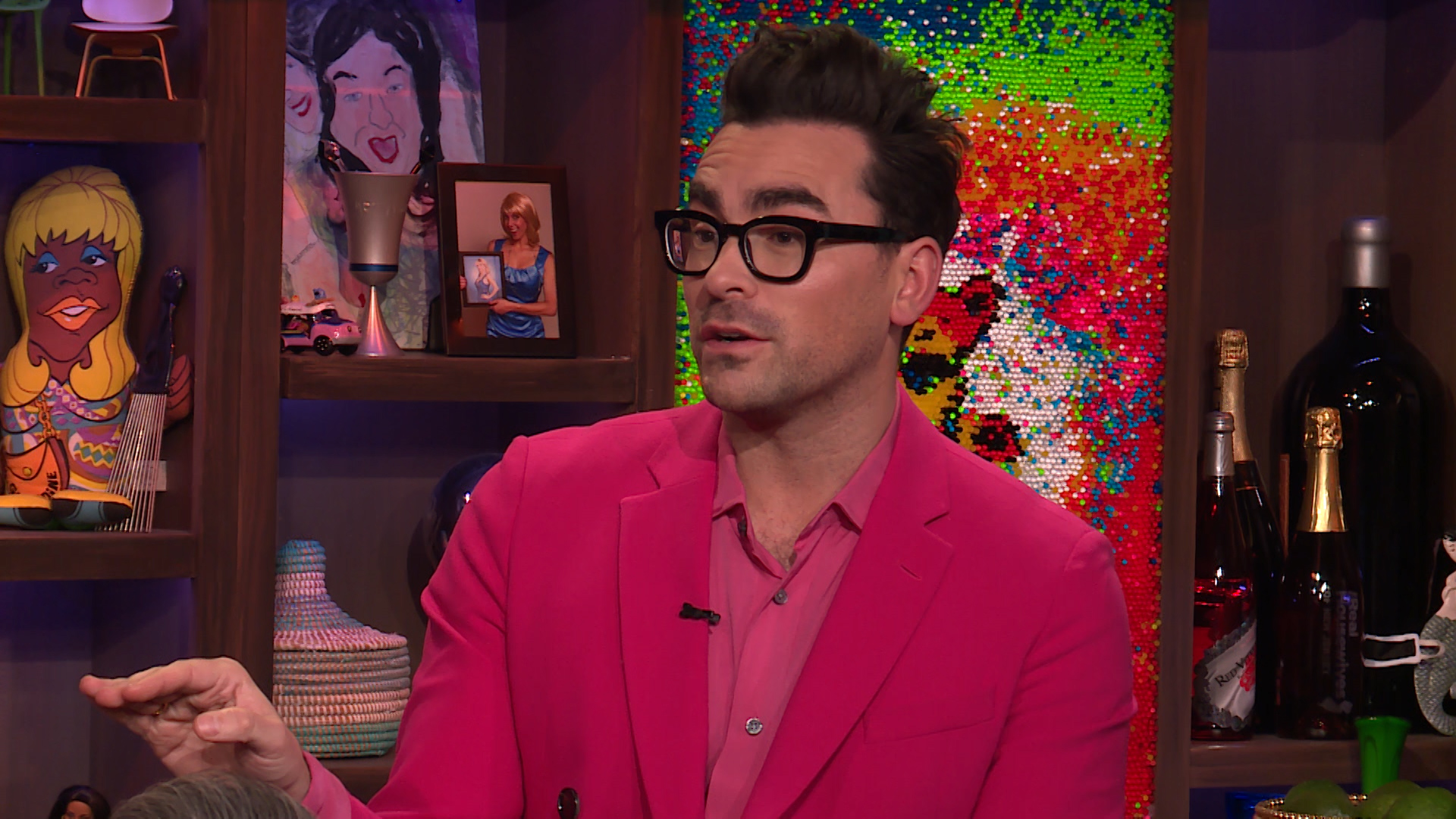 Before Lisa Vanderpump moved into the fabulous Villa Rosa, the Vanderpump Rules boss lived in a 17,000-square-foot French chateau in the Beverly Hills gated community of Beverly Park that may look familiar to fans of a famous hit sitcom.

When the cast of Schitt's Creek visited the Bravo Clubhouse for Watch What Happens Live with Andy Cohen, Andy revealed that Lisa's former estate was used as the fictional Rose family estate in the pilot episode.

"Wait, did you mean to quote the Beverly Hills Housewives? Because that is actually a quote," Andy said. After Dan confirmed he meant it, Andy responded, "Dan, I knew I loved ya!"

Lisa sold the home, where her daughter married Jason Sabo, in 2011 for a not-too-shabby $29 million, and it was later demolished after a fire caused extensive damage. When it was first built, it set a new standard for the neighborhood.

"When Beverly Park was built, homes were 10,000 square feet, humongous at the time," Mauricio Umansky, who sold it for Lisa, told Hollywood Reporter. "The newer homes are at 30,000 square feet. This marks the beginning of a second generation of construction."

Like Villa Rosa, the interior of Lisa's old home was resplendent in white with lots of pink touches (her nickname is Pinky, after all!). The property was surrounded by greenery and fountains. Here's what the estate used to look like in its full glory before it was taken down.

Watch the Schitt's Creek cast get their minds blown when they hear about the Vanderpump connection.

Would Lisa Ever Move from Villa Rosa?