After Show
Will Tom Sandoval Ever Be Able to Top His Epic Tom Tom Entrance? 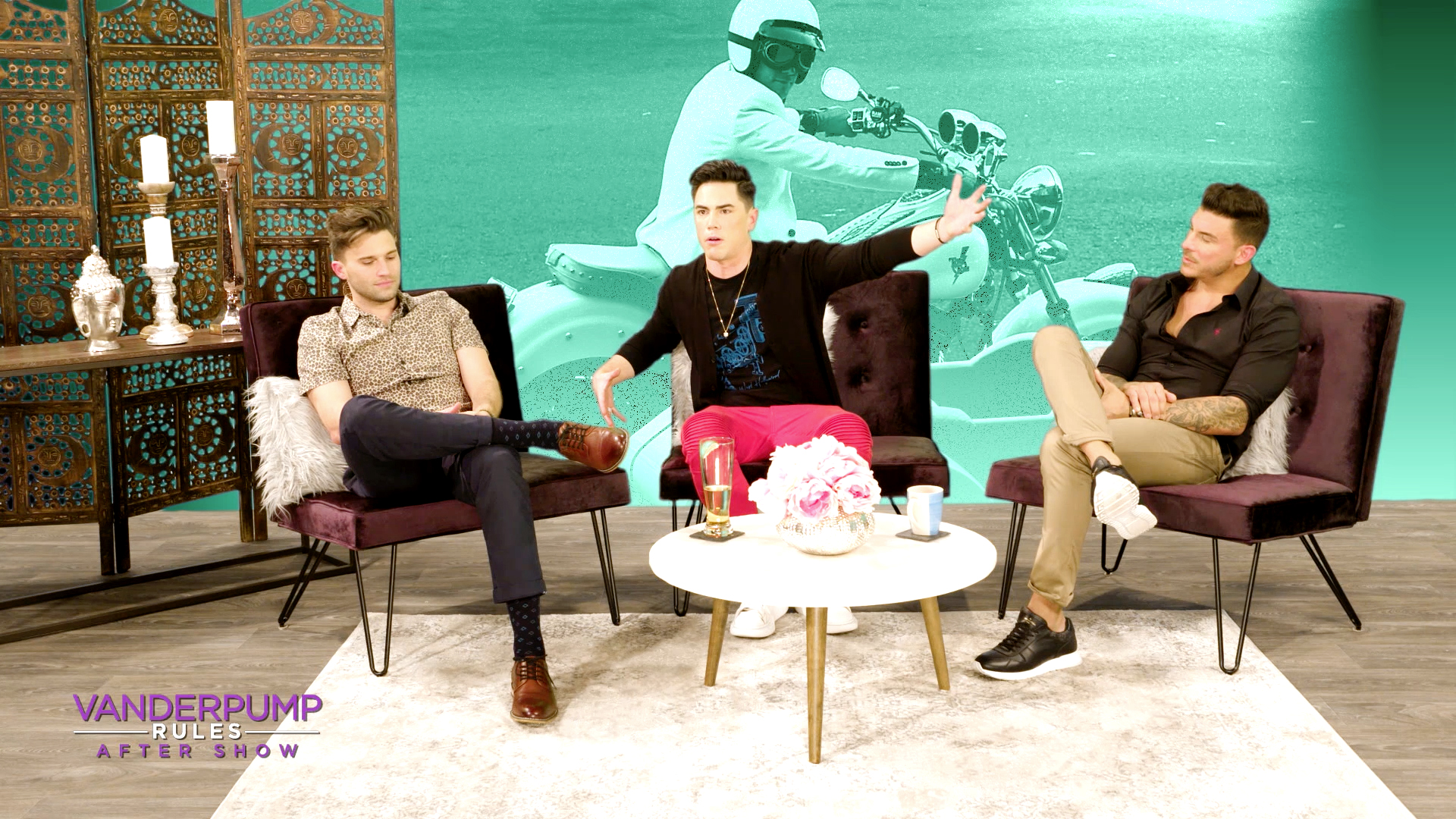 You probably don't need us to tell you this, but Pride Weekend is a big deal in Bravo Land — and in West Hollywood. So when the two worlds collide, you can only imagine the celebratory, rainbow-hued atmosphere. In fact, you don't even need to imagine it, because Tom Tom was the perfect embodiment of the weekend's festive vibes. In fact, we're catching a happy buzz just looking at the pics.

Tom Schwartz and Tom Sandoval's West Hollywood hotspot wasn't even open last June (it opened in August of 2018), so this is the first year the eatery has been able to open its doors for Pride. Well, it was worth the wait, because here's what went down:

Tom and Tom both appeared in the Pride Parade, riding in their now-iconic white sidecar. In the venue, Sandoval poured shots wearing sequined, rainbow-hued epaulettes, and the peppy jams were pumped up to 11. Now, if you think Tom Tom is packed on any ordinary night, know that the crowd was even thicker than usual during pride weekend. To score a table, some people were paying up to $1,000 for bottle service.

James Kennedy did a special three-hour set — and you know "the energy was mental."

Thanks everyone that came to see me play #PRIDE yesterday at @tomtom first ever pride! It was a special 3 hour set I’ll never forget - the energy was mental. ❤️ #hyfeguard

Naturally, many iconic pictures were taken.

Was truly a VPR weekend... 👑💋 I've collected them all this year except @ariana252525 @scheana and the Queen herself @lisavanderpump #scheashu #booboo #PRIDE

Keep scrolling to take a peek inside Tom Tom and the colorful parade:

🏳️‍🌈 Cheers to our first #PRIDEWeekend! Who’s joining the fun tomorrow?! Live DJ set, flowing cocktails, delicious food & good times will be had by all! Tag your friends and meet us in @VisitWeHo for a weekend to remember!