Lisa Vanderpump Stopped by WWHL Looking Like a Queen — Literally 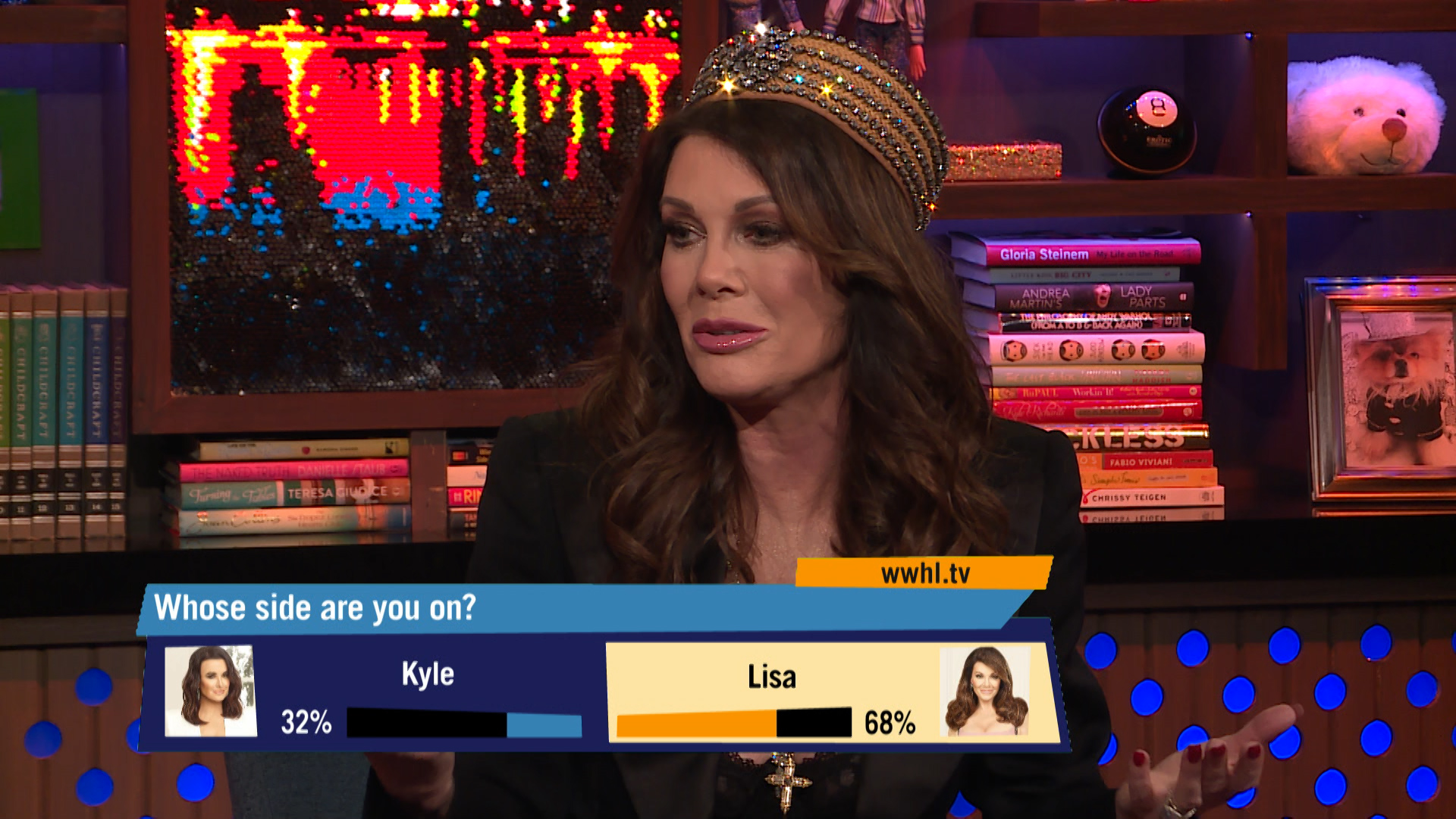 A wise woman once said, "The crown is heavy, darlings, so just leave it where it belongs." If you're a die-hard fan of The Real Housewives of Beverly Hills, you'll remember that that woman was Lisa Vanderpump (circa. Season 7), and you'll be happy to know that she still abides by her words today. The British beauty stopped by Watch What Happens Live with Andy Cohen on Tuesday night, and her outfit was fit for a queen — literally.

Lisa looked business chic as usual in a fitted black pantsuit, but it was her royally glamorous accessories that really stole the show. In addition to wearing layers of sparkling necklaces, the restaurateur paid homage to her British roots by completing her outfit with a dazzling crown that was embellished with glittering diamonds. (We wouldn't be surprised if it made Queen Elizabeth II herself a little jealous). Keep scrolling to see her majestic look for yourself — even her sidekick pup was dressed to the nines.

This isn't the first time Lisa appeared to share the same fashion sense as England's reigning blue blooded family, either. Just a few weeks ago, Kate Middleton stepped out in an outfit that was so Lisa Vanderpump — and the Beverly Hills fashionista agreed.

If you can't get enough of Lisa's regal style, watch The Real Housewives of Beverly Hills on Tuesdays at 9/8c.