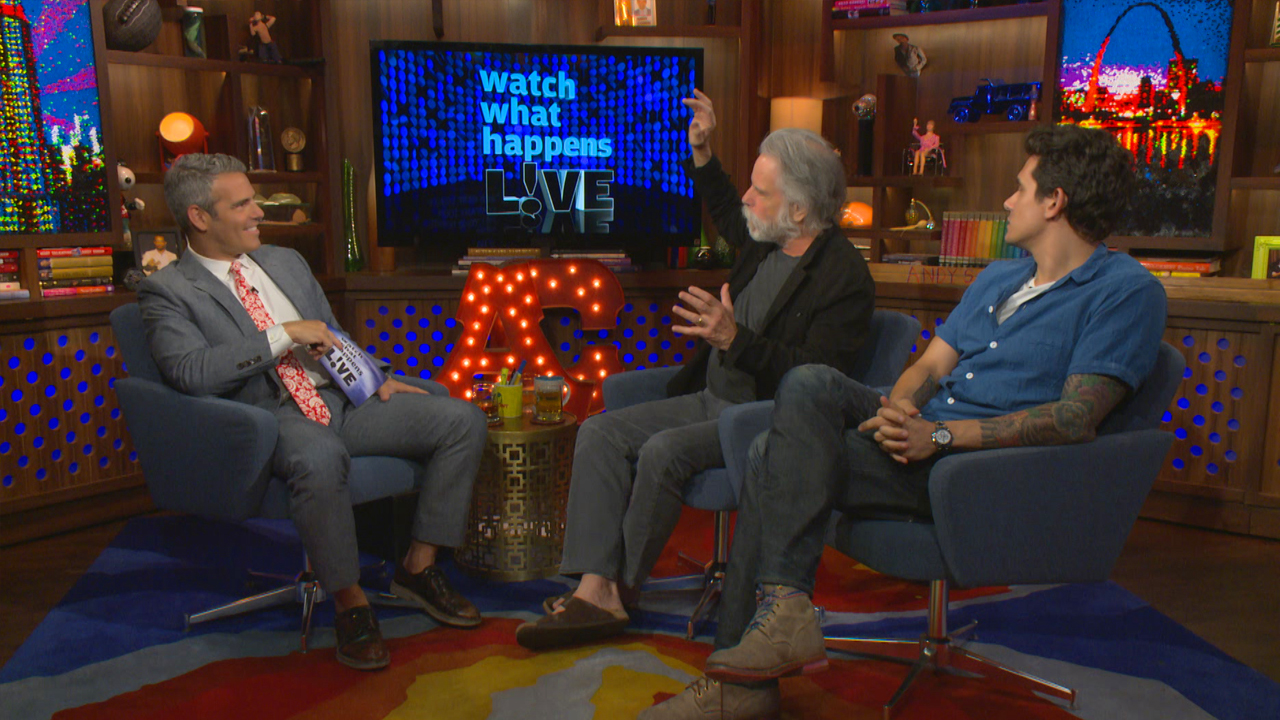 Andy Cohen was at Citi Field on Sunday night to catch the Dead & Company concert. Now, anyone who knows the Watch What Happens Live with Andy Cohen host knows that he loves his Grateful Dead. So surely, Andy had a big smile plastered on his face the whole time the band rocked out, right? Not so much.

As a couple of fans at the concert handily recorded, there was a moment when Andy was looking around with a completely pained and perplexed expression on his face. After he caught Instagram Stories of the moment, including one that asked: "[Andy] why so STRESSED?!?" the WWHL host decided to explain the mystery behind his apparent confusion, once and for all.

Here's the truth: It all had to do with concert snacks. "Haha we were LOOKING FOR PIZZA!" Andy explained. "It was overwhelming!" Ever been at a huge venue, unable to locate your nearest concession stand? Then you'll feel Andy's bewilderment.

Keep scrolling to catch a glimpse of the mysterious moment, which we hope was quickly followed up with a few slices of pepperoni and cheese.

Has Andy Cohen Given Up Smoking Pot Now That He's a Dad?