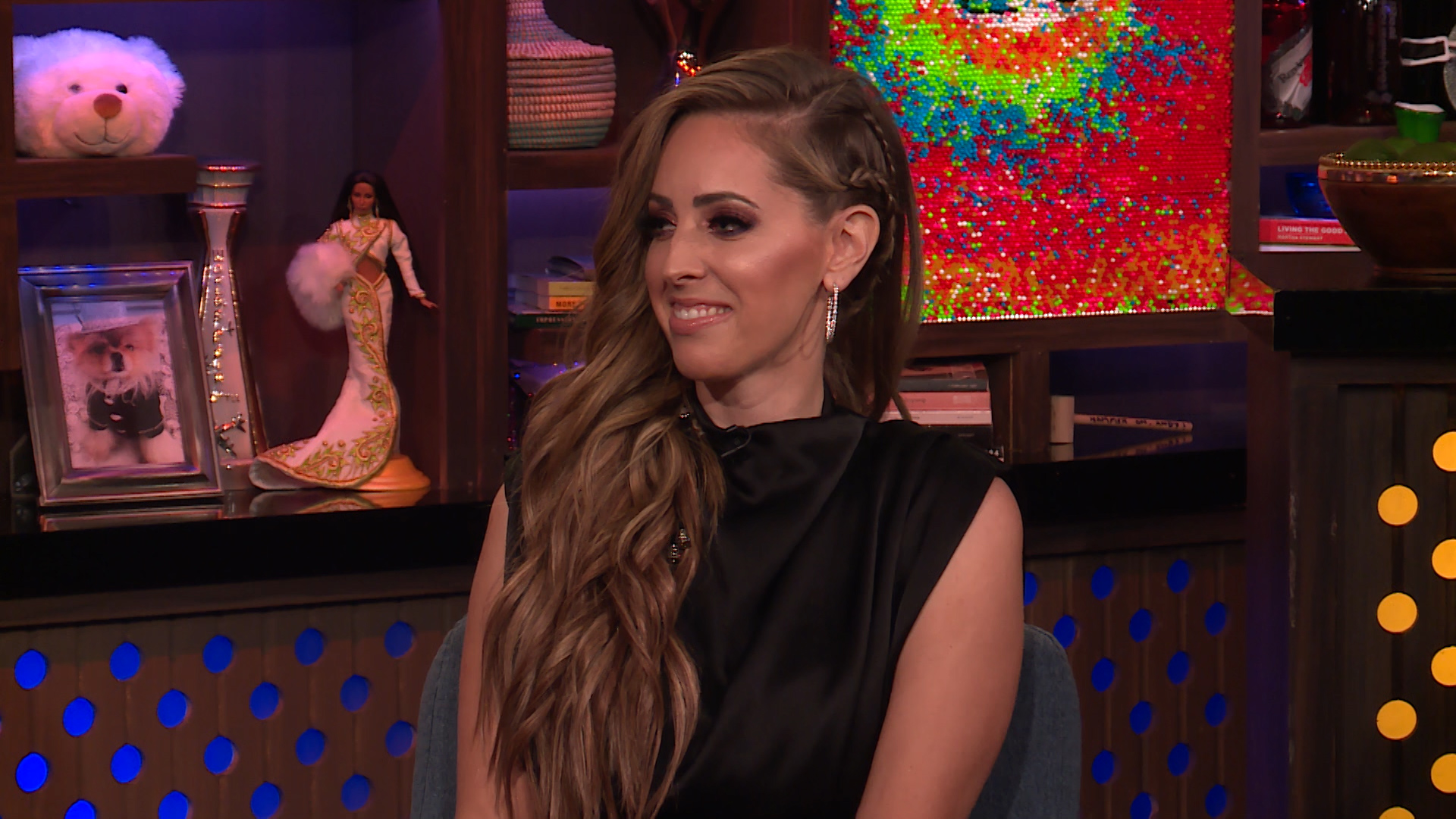 Chief stews have a way with Clubhouse appearances. In the past, we've seen Below Deck's Kate Chastain appear on Watch What Happens Live With Andy Cohen dressed in a pink, feathered frock — it was her (fabulous) take on "Barbie Chief Stew." When it was her turn to take a seat beside Andy, Below Deck Mediterranean's Hannah Ferrier made a splash in a lacy black dress paired with a "power pony." And when she appeared on the late-night talk show on February 24, Below Deck Sailing Yacht's Jenna MacGillivray carried on the tradition of stewardesses who slay.

The Canada native hit the Clubhouse in a black, mock-neck minidress. When it came to styling her honey-blonde waves: "I got to have mermaid hair," Jenna excitedly wrote on Instagram. Stylist Julius Michael showcased the style in his feed as well, explaining that he used 22-inch clip-in hair extensions on Jenna, and added some braids to one side of the coif.

The result? Long, lush locks that were as alluring as any siren song. Take a look:

Tonight was amazing!!! So fun to be on @bravowwhl. I met so many phenomenal people. I got to have mermaid hair. My mom and my sister were there for support. Life was a dream tonight. Thank you to everyone. @carolinemakeuptime @juliusmichael1 @nicolerosejewelry

Chef Adam Shares the Backstories Behind His Many Tattoos