Sign Up for Free to View
Why is Captain Lee So Excited for the Reunion? 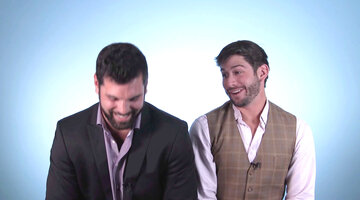 1:54
Below Deck
Which Below Deck Crew Member Has the Most Explaining to Do? 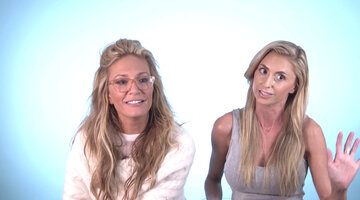 1:33
Below Deck
The Below Deck Crew on Their Reunion Looks 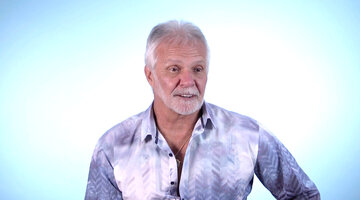 Now Playing
1:37
Below Deck
Why is Captain Lee So Excited for the Reunion?

On Tuesday night's Below Deck Season 5 Reunion, Captain Lee Rosbach did not mince his words when talking about Nico Scholly. While he may not have been aware of all of Nico's behavior during filming, the Captain has not remained silent as the season has aired about his disappointment in his deckhand's actions and attitude. So it may have been a surprise to many fans when Captain Lee revealed towards the end of the reunion episode that he would work with Nico again. But the reunion had Kate Chastain thinking about another question. Would Captain Lee ever charter a boat on which Nico was the captain? Kate followed up with the Stud of the Sea on her podcast, After Deck with Kate Chastain.

"Not unless he gets a lot more experience than he's got right now," Lee responded. It all came about as a response to something Nico told Andy Cohen and the crew at the reunion. He said he is pursuing a captain's license, which led Kate to ask Lee if he would ever join Nico on a voyage once he was a full-fledged captain himself. Lee explained there's a lot of time Nico has to commit to being on a boat before he can even sit down for the written test to be a captain, including spending 2 years out at sea. "He's got a long way to go, in a lot of respects," Lee told Kate. Outside of the legwork Nico has to do, Captain Lee thinks the lead deckhand turned bosun has a lot of emotional growth he needs to go through before being worthy of the promotion.

"I think Nico lacks the integrity to do what we do," Lee explained on the podcast. "I mean when he unloaded Bri at the end, he didn't even have the balls to tell her that he was going back with his girlfriend. He told her he was going back because of family matters. I mean that was a crutch, an obvious crutch."

"What good is a captain without integrity?" Lee asked Kate.

But does the Captain think there's hope for Nico? "It's not to say that Nico couldn't develop integrity," Lee added. "That door is never closed. But, you know, you better get started."

For now, though, Lee thinks Nico's biggest obstacle on that path is his own arrogance.

Listen to the full episode above to hear the life advice Lee gives to every stew and deckhand he has ever worked with, and what he thinks Nico's first step to integrity is.

Life is better as an Insider
Bravo Insider is your VIP pass to never-before-seen content, exclusive giveaways, and so much more!
Sign Up for Free
All Posts About
Andy Cohen
Brianna Adekeye
Kate Chastain
Lee Rosbach
Nico Scholly
After Deck Podcast
Related
Show Clip

Ashton Gives You a Striptease Tutorial

Will Jen Howell Stew Again on a Chartered Yacht?

You May Also Like...
Recommended by Zergnet
Latest News
Style & Living

Chef Rachel Hargrove Reveals the Story Behind Her Back Tattoo: "Nine Hours, One Session... It's Like a Target"

Still to Come on Season 10 of Below Deck!