Sign Up for Free to View
Your First Look at Family Karma Season 3! 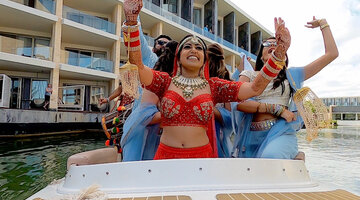 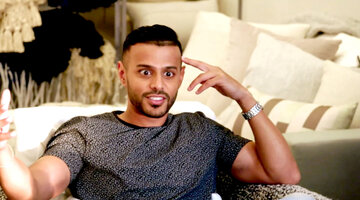 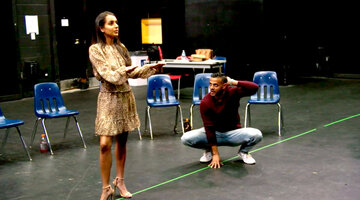 When Family Karma fans get a look at the show’s highly anticipated Season 3 trailer, it’s sure to be love at first sight. Released at BravoCon 2022, the sneak peek revolves around weddings, relationships, and dating — not to mention all the drama that comes with them.

Among the many romantic storylines to come as Anisha Ramakrishna, Amrit Kapai, Bali Chainani, Brian Benni, Monica Vaswani, Vishal Parvani, and Rish Karam return for the new episodes? Amrit and Vishal both saying “I do,” but as the cast members joke in the trailer, “Not to each other!”

Instead, Vishal is marrying his longtime girlfriend, Richa Sadana, while Amrit heads down the aisle with Nicholas Kouchoukos. The latter couple is also looking to take another major step in their relationship, as they can be seen discussing the idea of freezing their sperm in hopes of one day having a baby.

Anisha has found love as well, but she isn’t exactly ready to introduce her new man to the group — especially when it comes to her mom, who can be seen asking Anisha if she’s on birth control. Vishal is just as interested, but when he asks Anisha if he can meet her mystery man, she insists that “no one’s meeting anyone ’til I’m married.”

“I’m keeping it private,” she adds of the relationship, prompting Momma Ramakrishna to joke, “Actually, I want her to be even more private. Sweet nothing!” Anisha, meanwhile, reminds her mom that she can’t just “come out of the bushes with two kids and a husband.”

Then there’s Monica, who’s ready to take her relationship with Rish to the next level — that is, if a potential cheating scandal doesn’t rock their relationship. As Anisha puts it, “The chai has been spilled — and I have third-degree burns.”

It’s all going down on this season of Family Karma!

Family Karma returns with a supersize premiere on Sunday, November 6, at 9 p.m. ET/PT on Bravo.