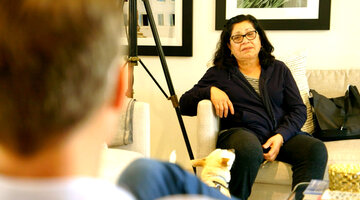 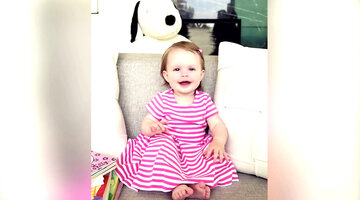 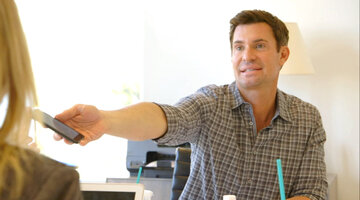 After working for Jeff Lewis for six years, Vanina Alfaro finally reached her breaking point this season and decided it's time to part ways with Jeff Lewis Design. Shocked by her decision and "terrified" of losing her, Jeff tries to convince Vanina to stay by suggesting to her that she "ask for the moon". However, that doesn't seem like enough to convince Vanina -- she reveals to Jeff that this is something she's been thinking about for a while and has considered going into business on her own. Even though he's disappointed Jeff finally accepts Vanina's decision to move on.

We did some digging around and it looks like Vanina has been doing some interior design work and according to this Instagram bio she is also an owner. Check out Vanina's most memorable moments above and some of her beautiful new design work below.

You will be missed, Vanina!

Vanina Alfaro Through the Years

Life is better as an Insider
Bravo Insider is your VIP pass to never-before-seen content, exclusive giveaways, and so much more!
Sign Up for Free
All Posts About
Jeff Lewis
Vanina Alfaro
Related

Kris Jenner Flipping Out: Where Did Matt Go After Leaving Jeff Lewis Design?

Where Do Things Stand Between Jeff and Ryan Today?

Jeff Reveals “The One That Got Away,” and It’s Not Gage

We Have a Major Update on Gage Edward

Jeff Lewis Opens Up About Briefly Reconciling with Gage

The Best Flipping Out Moments of All Time