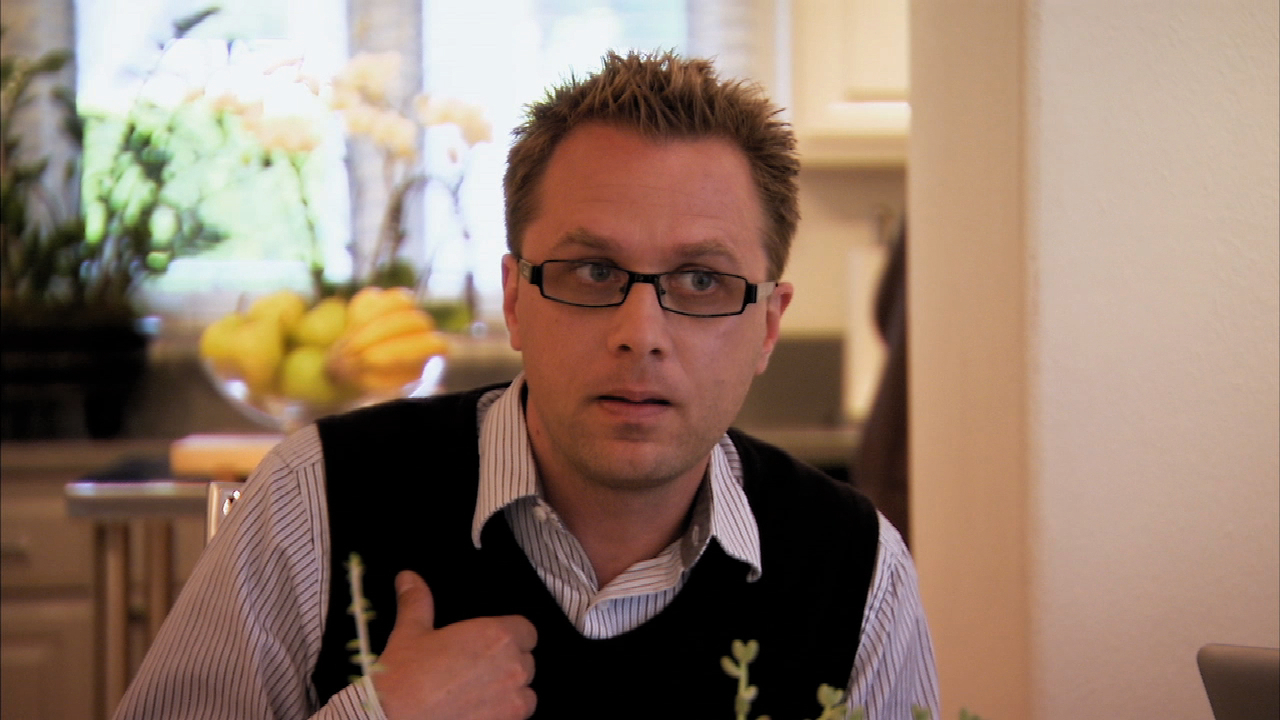 So who saw that coming? One minute Andrew feels like family at JLD, the next he walks out, seemingly for good. The mysterious Mr. Coleman managed to overshadow the moonboots, burglar masks, and tequila shots, which is no small feat. So let's look back on the events that led to this startling turn of events.

We start with Monkey licking cream cheese off Jenni's hand. You'd think this was a sign of good things to come, like seeing a unicorn. FALSE. Instead everyone descends into madness and chaos.Jeff and Jenni decide to race each other in Lisa G.'s moonboots (or kangoos as they're evidently called). How else does one pass the time while waiting for the client? Not surprisingly they get reprimanded for crashing into the wall each time.

Things get even stranger when Jeff and Jenni decide to pick up a gag gift for Zoila on the way home. The pick out some long johns and assorted other oddities, but then they strike gold -- burglar masks. Of course Jeff and Jenni purchase them and then promptly drive around asking strangers where the local 7-Eleven or bank is. The best part being that Jeff made Jenni do it. As Deb.

Show Highlight
Trying to Find a Bank to Rob 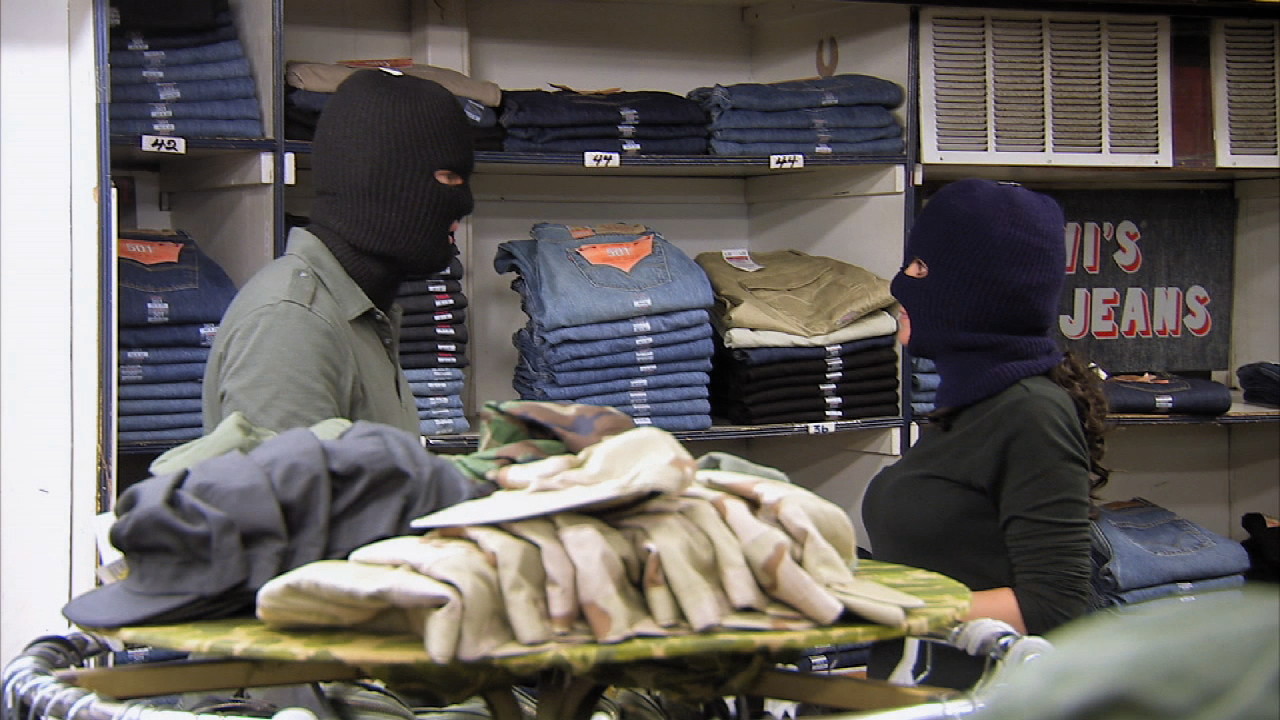 While Jeff and Jenni are being extra looney, Andrew's in the hot seat for last week's blunders. And as you might expect, Andrew doesn't handle close scrutiny well. Besides piling on fun such as cleaning Jeff's oven or getting rolled over (literally) by a full trashcan while carrying it downhill (the smock of shame looks kind in comparison), Jeff also takes him to task for an inaccurate inventory list. Poor Andrew can barely keep it together.
Preview
Living Under Constant Scrutiny 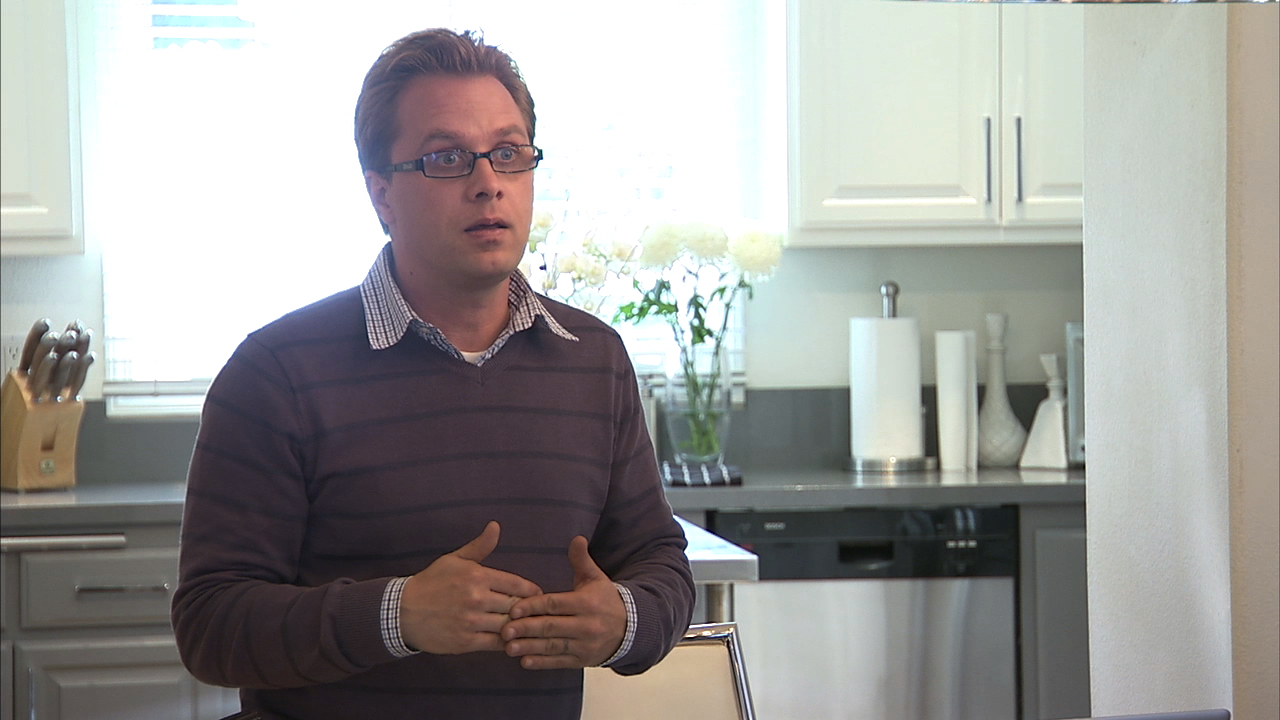 Zoila performs fellatio on her birthday flan and then gets surprised with a car from Jeff. Oh and later she decides to talk to the house plant. Totally normal.Things start getting weird when Jeff, Jenni, and Vanina all realize Andrew has told them a different stories about where he lives and what his boyfriend does. That's got to be a truly chilling moment, because why lie about that? Especially in such a close-knit, super over-sharing company like JLD, where people will obviously talk to one another about it. You're not exactly going to blend into the background unnoticed.
Preview
Does Andrew Live Multiple Lives? 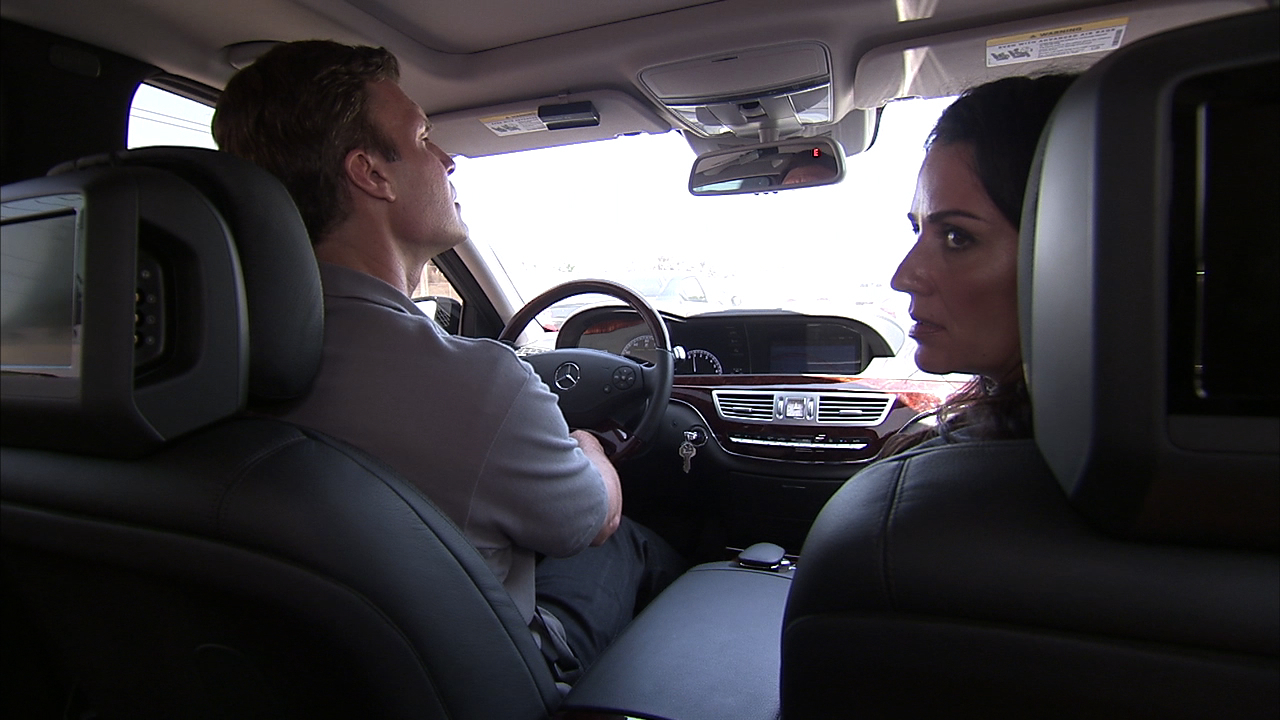 Then of course Jeff goes into full on Miss Marple mode (while revealing that as a child he dreamed of being a detective) and drives over to Andrew's alleged address. While Jenni goes on and on about how this is totally illegal and inappropriate (way to be the HR buzzkill, Jenni), Jeff snoops around and finds a very non-trust-fund-millionaire's apartment. The mystery continues...Then comes the confrontation and the above-mentioned quitting. Will he come back? What's the truth about Andrew? Will Jeff leave the design world to become a detective?
Preview
Possible to Trust a Liar? 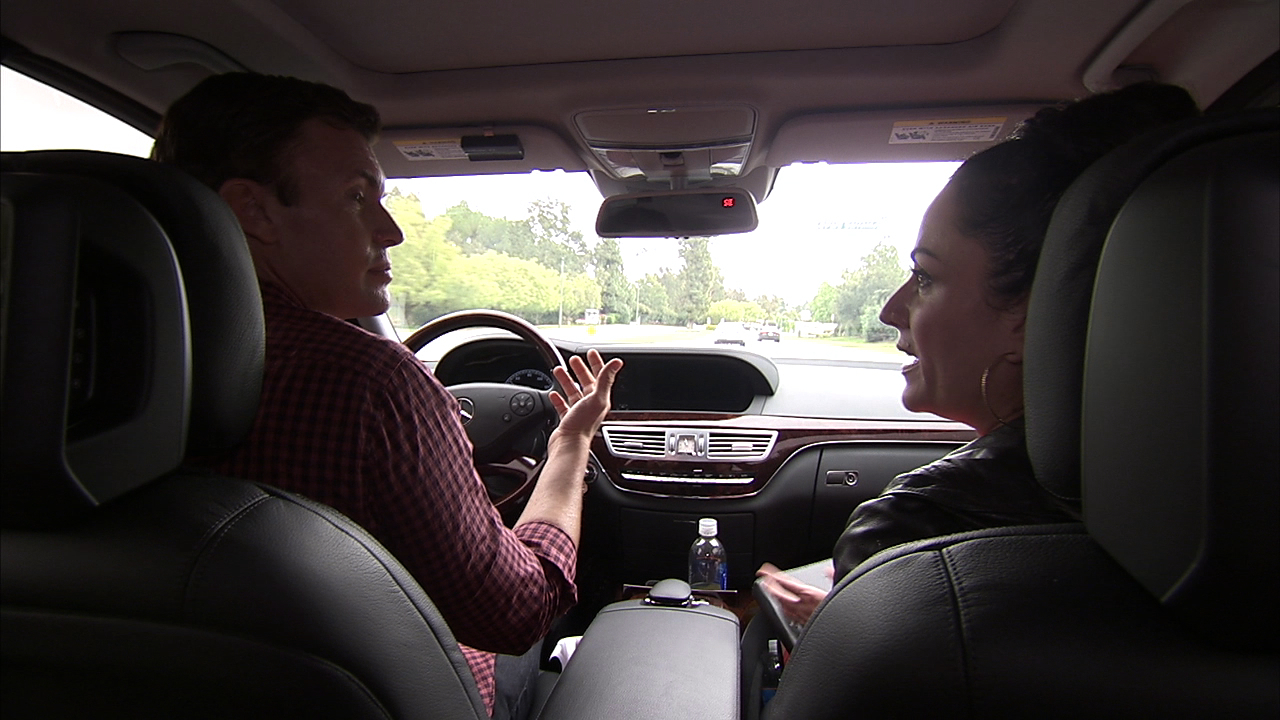