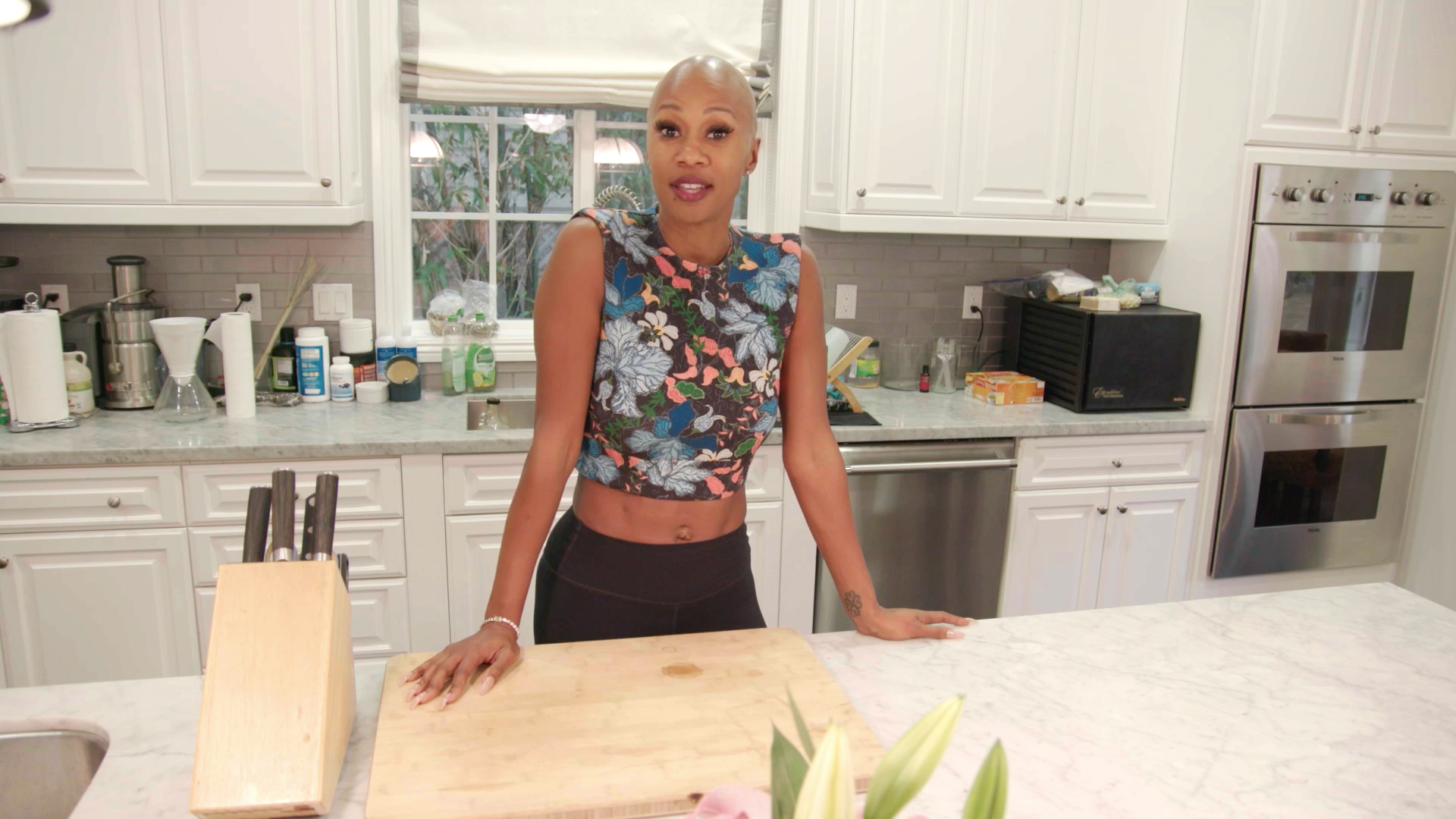 When Dr. Imani Walker invited BravoTV.com into her home for a video tour (above), she started with the flowers. "I always really try to make it a priority to keep flowers in the flowers," she says, standing in front of a pretty arrangement of pink lilies. "I don't really care what color they are, but they change according to the seasons." But it's not just the fluffy stuff that draws the doctor in.

"Knives are very important to me," the Los Angeles mother announces. Standing at her marble kitchen island, she pulls out a large, shiny chef's knife and sticks it into a cutting board. "I like to keep things very sharp," she says. She also has a dehydrator, which she uses on nuts and raw foods. "I do spend a lot of time in here," she says of her kitchen.

Moving into the living room, the Married to Medicine Los Angeles doc stands in front of a flickering fireplace, and shows off some sentimental items. "This is one of my favorite rooms, because it has a lot of items in here that I grew up with," she says. There's a painting that was in her childhood home, which she just had reframed. There's also a drum box that she bought her son Idris when he was just a wee one.

Throughout her home, the doctor says that she likes to incorporate "natural materials." There's a wooden vase, a leafy plant, stone objects, and a wooden baskets. "I just try to really keep the focus in here on really simplistic, kind of like natural materials," she shares. Watch the video above to get the whole tour.