Exclusive
Simone Whitmore Found a Condom in Her Son's Bedroom?! 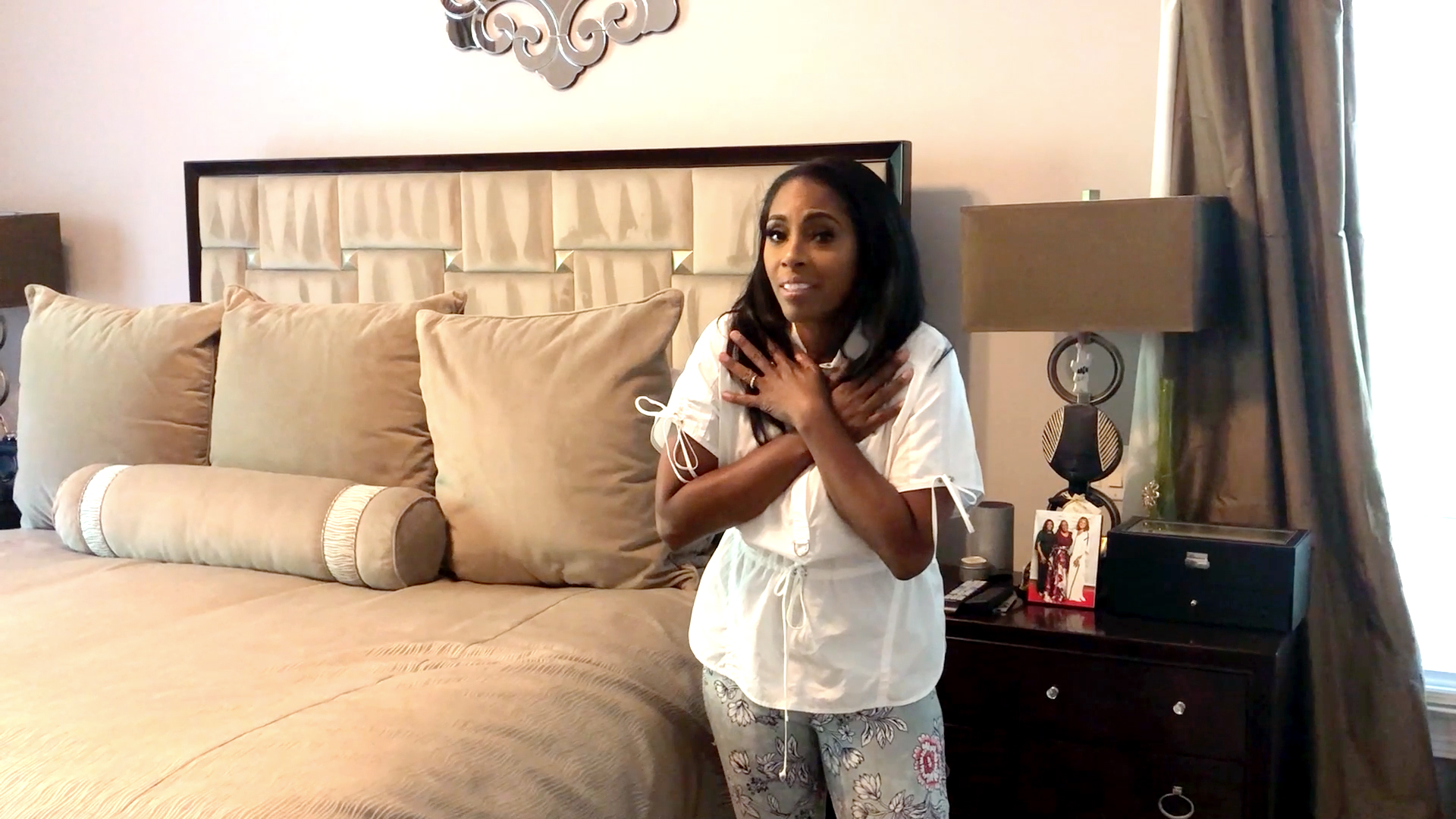 Dr. Simone Whitmore may be a highly successful OBGYN in Duluth, Georgia, but when she’s hanging at her stately home, she’s about as casual as can be. And, um, no, the Married to Medicine doctor is not doing any of the cooking. “This is my dining room where I cook all of the fabulous dinners for my family… and if you believe that, you’re silly!” she joked during the tour, showing off the home’s formal dining room, which is anchored by a stunning crystal chandelier.

In fact, Simone’s husband, Cecil, does most of the cooking, which is why the family often hangs out in the kitchen, catching up with one another around the massive island while Dad whips up the meals.

“When there’s something important on TV, when there’s a big game on TV, this is where my family makes it happen,” Simone explained while showing off the massive leather couch and television in her family room.

Want to see the full tour? Click on the video above to check out the house’s “boom boom room” (aka the basement) and see how Simone reacts to finding a condom in her son’s bedroom!

Nene Leakes Is Living a Life of Luxury at Casa Leakes