Shep Rose Reeled in an Enormous Fish in Chile... And Told Us All About It (VIDEO) 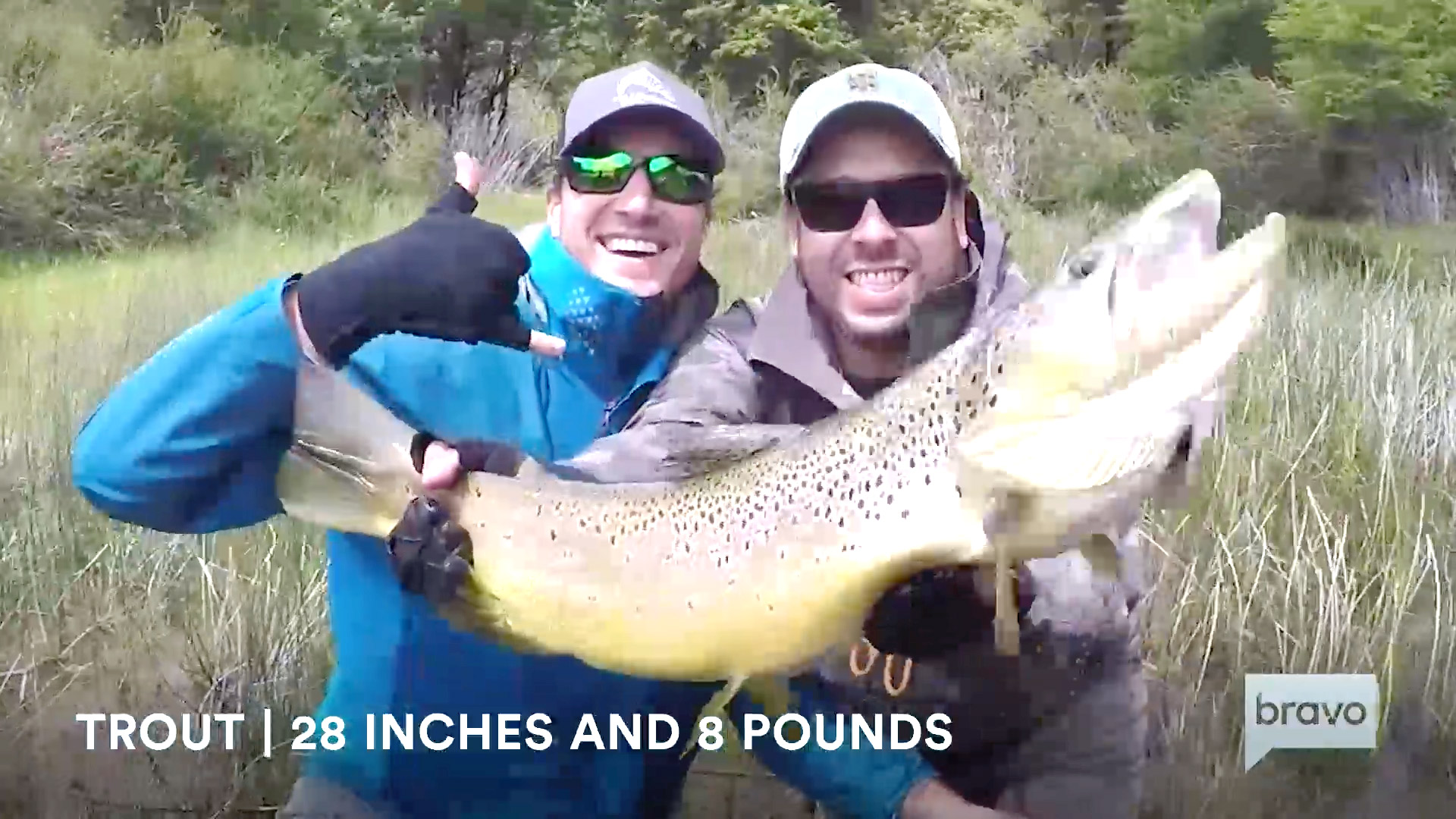 One thing you might know about Southern Charm's Shep Rose is that he's a big fisherman — and that's not just a big-fish story. Indeed, the Bravo star recently took a trip to Coyhaique, Chile (located in the stunning Patagonia region) for his cousin's wedding, but amid all the romance, he also made some time to throw out a line and do some fly fishing with his dad.

"We just had some of the best fishing I've ever had," Shep told Jet Set, citing that the 28-inch trout he caught at the La Reserva Lodge was "the biggest I'll ever catch."

In the video above, it's pretty clear just how large the fresh water fish was, and it's experiences like that epic catch that make traveling worthwhile, according to Shep.

"I like to have a reason to travel," he said. "That's what it's all about." (One reason is obviously l-o-v-e, as we saw on the shocking season finale of RelationShep.)

However, Shep admits, his travels don't always go according to plan. Like, for instance, the time he showed up 12 hours late for a flight to Dubai, because he misinterpreted the military time on his British Airways ticket... really!

Gail Simmons Calls This the “Perfect Antidote” to Judging