Sign Up for Free to View
Alexis Bellino Reflects on Her Drama with Peggy Tanous: "That Was a Really Hard Journey" 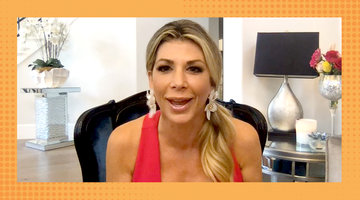 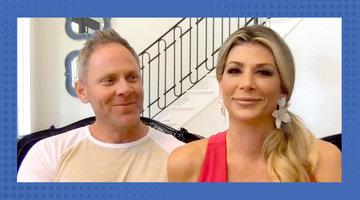 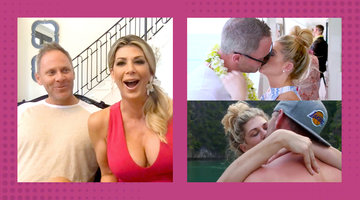 Friendship drama is nothing new down in the OC, but Alexis Bellino faced a unique set of circumstances during her time on The Real Housewives of Orange County when it came to dealing with tensions in her relationships. She not only had a falling out with Gretchen Rossi, which fans got a front row seat for, but she also had to deal with learning the fact that her friend, Peggy Tanous, had a past with her then-husband, Jim Bellino, in front of the cameras.

"I didn't know if having one of your friends on the show would be a good thing or a bad thing after what happened with Gretchen," Alexis shared during an interview with Bravo Insider's Life After Bravo. "Gretchen was my best friend for, like, a year. We were so tight, so close, so real, so honest, I thought, and so raw, I thought. So when Peggy came on [in Season 6], I was very like, 'Let god take the course,' and I didn't know. I didn't know about her and Jim sleeping together, so that was a really hard journey to get through."

Alexis detailed more about this time in her Life After Bravo interview, above, and the ways in which she and Jim faced the "gut-wrenching... blood-curdling" revelation, including how they discussed the matter in couples therapy.

Elsewhere, in looking back on all of her conflicts she faced during her time on RHOC (Alexis was a cast member from Seasons 5 through 8), she reflected to Life After Bravo, "I'm tougher than I thought I was."

To hear more from Alexis about her four seasons on RHOC, as well as her life today, including where things stand with her ex-husband, if her kids have watched any of her TV appearances (including when she popped up on Below Deck!), and what her life looks like today with fiancé Andy Bohn, make sure you check out Alexis' full Life After Bravo conversation.

And coming soon, there will be even more from Alexis' Life After Bravo conversation.

Life is better as an Insider
Bravo Insider is your VIP pass to never-before-seen content, exclusive giveaways, and so much more!
Sign Up for Free
All Posts About
Alexis Bellino
Gretchen Rossi
Peggy Tanous
Life After Bravo
Bravo Insider
Friendship
Jim Bellino
Related
Life After Bravo

Alexis Bellino Says Her Ex-Husband "Really Liked the Idea" of Her Joining RHOC... Until He "Didn't"