The Post Office has nothing on Andy Cohen -- whether rain, sleet, snow ... blackouts and mass flooding. Nothing could stop Andy from a little relief-via-laughter by going live with Watch What Happens Live on Monday night despite mass power outages and flooding outside of the Clubhouse, and in case you missed it, the show was absolute gold.

With a smile on his face and declaring that he just wanted to make people smile during the tough time (and take the edge off himself), Andy donned his best flannel pajamas, borrowed his executive producer's slippers and went through WWHL solo ... save for a glitter-bombed production assistant who was whipping up hurricanes at the bar. Andy, sans crowd, made good on his promise by throwing down some hysterical items, none funnier than his very own Housewives tagline. Watch that, plus his take on Jill Zarin's espionage and which Housewives he'd want to be stuck on an island with: 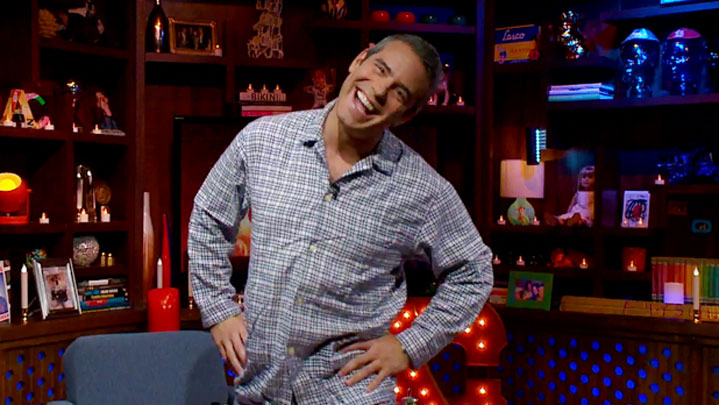 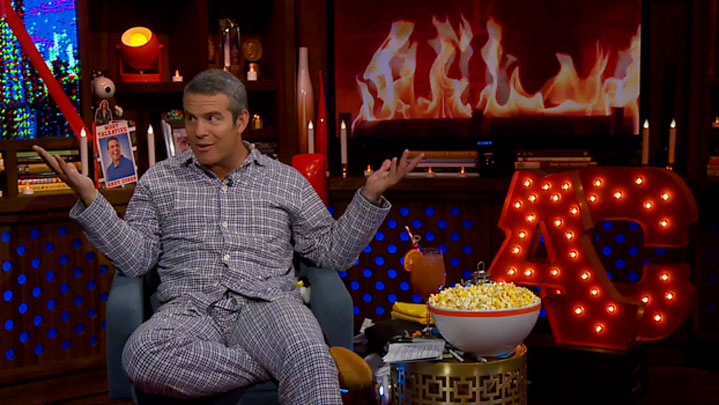 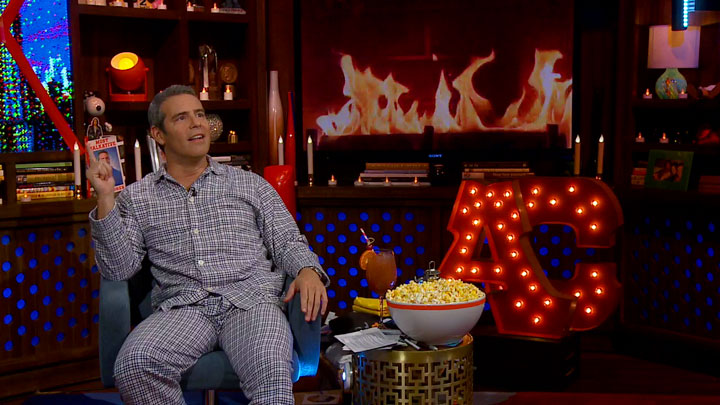