In the seven years since he appeared on Season 2 of Top Chef, Sam Talbot has had an incredibly accomplished career: he’s held executive chef positions at several New York City restaurants, opened the Montauk hotspots the Surf Lodge, overseen charity efforts following the aftermath of Superstorm Sandy (he teamed with Beastie Boys’ Mike D to deliver meals to over 20,000 people), and written a memoir-cookbook The Sweet Life: Diabetes Without Boundaries.

But his escape from his stacked schedule is at home, and in Bravo’s new digital series, the Season 2 Fan Favorite is showing off the Williamsburg, Brooklyn space.

Exclusive
In My Kitchen: Sam Talbot 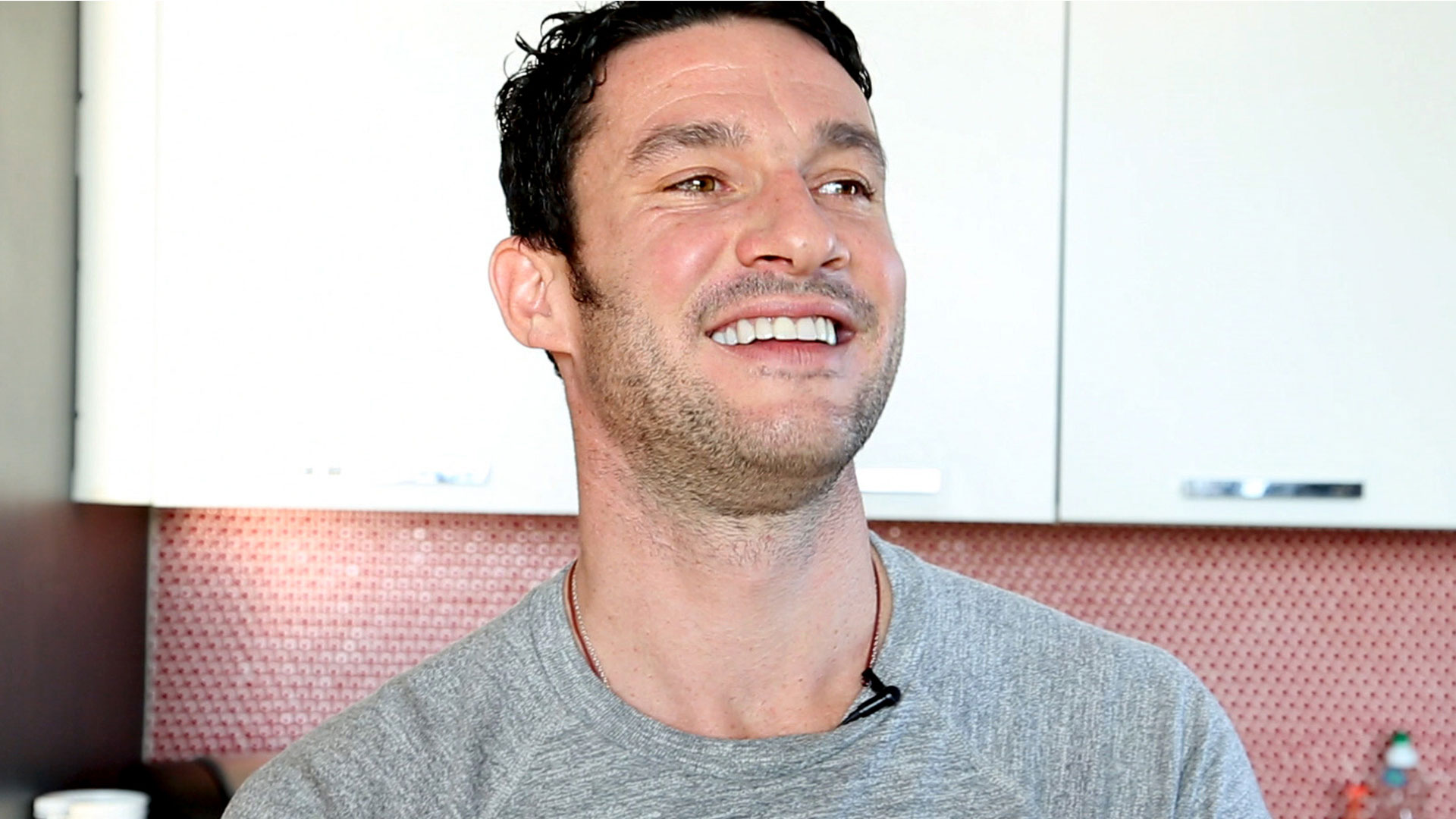 ”I cook all the time at home,” says Sam, whose apartment is outfitted with vintage cooking appliances, a VitaMix, lush green plants, and a rustic wood dining room table he salvaged—not to mention an impressive view of the borough’s Williamsburg Bridge. “Some of these pots are from all over the world. The things here are really old and just have a lot of character…[And] I have a great view, if you consider looking at the Williamsburg Bridge a great view!”

On any given day at his home, Sam, who will open the new restaurant The Pig + Poet at the Whitehall in Camden Maine next Spring, might be whipping up creamy scrambled eggs (he makes his with unsweetened almond milk), homemade green juices, or fresh caught fish. “My friends are fisherman and they’ll pop by and be like, ‘Dude, we have whatever [it is they caught],” he says.

His healthy approach to eating and cooking isn’t just a lifestyle—it’s a necessity. Diagnosed with Type I Diabetes at 11-years-old, Sam learned the importance of following a nutritious diet from his mother and grandmother, who was an early influence on his cooking. “We spent a good amount of time in our kitchen,” he says. “I was always enamored with what went down there. It wasn’t these big mystical, magical meals. It was scrambled eggs and local sausage, pasta with tomato sauce, broccoli rabe. You know, simple.” He’s keeping his connection with his grandmother alive these days, too: Sam says they’re working on opening a line of kitchen aprons in the future.

Since his time on Top Chef, he’s become an ambassador for healthy living and sustainable eating by helping others—particularly children—afflicted with Diabetes. His book, The Sweet Life, has helped countless mothers and their children to make wiser choices about their food. He’s also an advocate for clean water and has teamed with CamelBak  for a new filtration system.

I don’t need a Michelin star. What I care about is mothers emailing me saying you changed my child’s life.

For Sam, helping raise awareness about Diabetes in America is perhaps his proudest accomplishment yet. “I don’t need a Michelin star,” he says. “What I care about is mothers emailing me saying you changed my child’s life. That gets me up in the morning.”

To keep up with Sam Talbot’s latest projects, visit his official website. And check back January 13 for the next episode of Bravotv.com’s exclusive digital series, In My Kitchen.