Sign Up for Free to View
What Does Morris Chestnut Think of Terrence Howard’s Retirement Announcement? 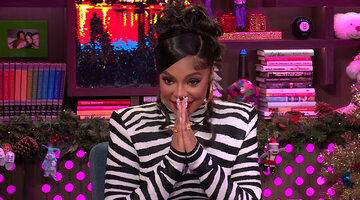 2:08
Show Highlight
Ashanti Identifies Mystery Celebrities from Her Past 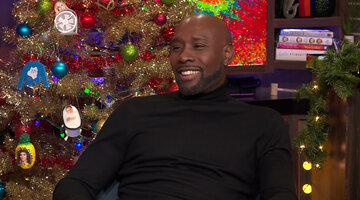 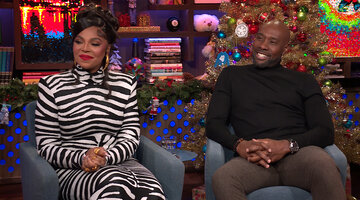 When Kate Chastain appeared on Watch What Happens Live with Andy Cohen just a day after announcing her pregnancy, she revealed that she is planning to raise her baby “solo,” but “perhaps with some help.”

Now she’s sharing insight into one of the people who will be in her support circle as she embarks on solo parenthood: The Real Housewives of Beverly Hills’ Brandi Glanville.

The Below Deck alum appeared on the January 24 episode of Page Six’s Virtual Reali-Tea podcast and revealed all about her tight-knit friendship with The Real Housewives Ultimate Girls Trip cast member.

The pair got to know each other when they both went to Scotland to compete on the debut season of Peacock’s The Traitors and they became fast friends. On the podcast, Kate said her friendship with Brandi has been the “greatest gift.”

“She texts me pretty much every day,” Kate revealed on the podcast. “If I could read off the texts that I get from Brandi, I mean, they would go viral. She is the funniest human I’ve ever met. She’s also so intelligent and so kind.”

Everything We Know About Kate Chastain’s Pregnancy

In addition to relying on her for a laugh, Kate will also look to Brandi, who shares sons Jake and Mason with her ex, Eddie Cibrian, for some words of wisdom as she gets ready for motherhood.

“She does give great parenting advice, and it’s always done in such humorous, direct Brandi style,” Kate shared, after mentioning that Brandi is someone who would help her with parenting from time to time.

The Brandi Glanville Unfiltered podcast host isn’t the only Bravoleb bestie Kate wants in her corner once her baby is born in May. Back in December 2022, the former chief stew told E! News that Shahs of Sunset's Mercedes “MJ” Javid made motherhood look “cool and easy,” and that she’s similar to Brandi in one key way.

“MJ is very similar to Brandi in that they just have this badass power. They’re so nice, but I would never want to be on their bad side,” she joked. “I’m so happy that they love me, because they are just so cool and fun, but also slightly scary.”

Though Kate is looking to friends like Brandi and MJ for parenting tips, she’s really looking forward to the prospect of raising her child on her own.

“I’m fiercely independent, you know, I don’t really love people’s opinions being different than mine, and trying to make me go their way,” she explained. “So I really am so excited that I’ll be able to do this exactly how I want to.”

Life is better as an Insider
Bravo Insider is your VIP pass to never-before-seen content, exclusive giveaways, and so much more!
Sign Up for Free
All Posts About
Brandi Glanville
Kate Chastain
Below Deck
Related