Sign Up for Free to View
Natalya Scudder Calls Kyle Viljoen Out for Calling Her a Bitch... Again 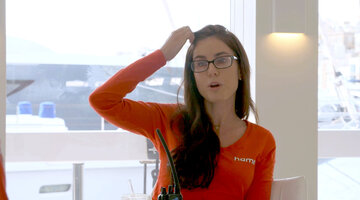 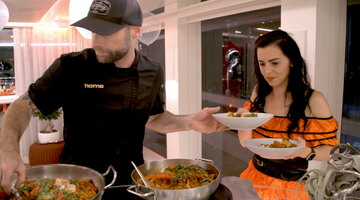 2:01
Preview
These Charter Guests Are Not Happy with Their Dinner Service: "I Don't Think It's 7-Star Amazing" 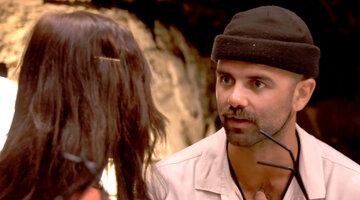 Below Deck Mediterranean’s Kyle Viljoen is giving an update on where he stands with his fellow Season 7 yachtie Natalya Scudder.

Fans watched the stews, who both worked under chief stew Natasha Webb, quickly hit it off at the beginning of the season, but they’ve since come to clash over the course of their charters. Trying to explain exactly what went wrong, Kyle told Showbiz Cheat Sheet, “I feel like from Tasha’s perspective, she was not much of a comfort that Natalya needed. So it maybe wasn’t her intention, because Natasha wants to try to diminish everything and make it all the happier, didn’t want it to be all heavy and keep it light.”

As such, Kyle continued, “So Natasha kind of repelled from listening to Natalya complain or, you know, suggestions. And that was their issue. With me and Natalya, we were actually sister and brother, joined at the hip. We were yin and yang constantly. And that was a friend that I could joke around and play games with, as opposed to Natasha. It would be a more deep conversation, more comforting.”

Kyle explained that he felt stuck in the middle, but he eventually grew closer with Natasha, while Natalya developed a deeper friendship with Courtney Veale. “But my intention was always there with Natalya,” Kyle said.

Regardless, they’ve yet to sort out their differences, Kyle added. “To the end with Natalya, I’m still angered and I’m still hurt, because many times I apologized for my wrongdoings,” he said. “I’m a person that will stand up and say I was in the wrong. I may not be in the very moment. I need a breather and will come back and say, ‘Hi, this was my wrongdoing. I’m sorry for ABCD.’”

“But you haven’t realized that you were at fault as well,” Kyle concluded of Natalya. “That’s where the s--t starts with me. Like, I need you to realize your wrongdoing, because if our relationship is going to continue off this boat, you need to accept that you are wrong.”

Life is better as an Insider
Bravo Insider is your VIP pass to never-before-seen content, exclusive giveaways, and so much more!
Sign Up for Free
All Posts About
Kyle Viljoen
Natalya Scudder
Natasha Webb
Below Deck Mediterranean
Related

What Natasha and Kyle Did Together on a Night Off