Sign Up for Free to View
Take a Tour of the Massive New Below Deck Motor Yacht, St. David 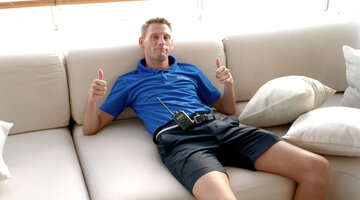 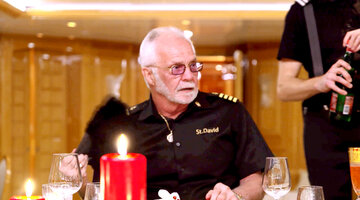 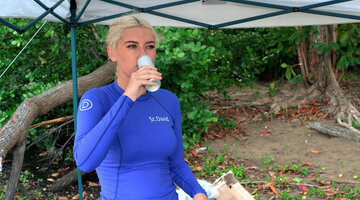 7:09
Preview
More than One Person Is Getting Fed Up with Camille Lamb

Below Deck Season 10 is one for the books, according to Captain Lee Rosbach.

Captain Lee didn’t provide any additional details about the unprecedented move he’s set to make, but he did tease more about Season 10 in general.

“There’s gonna be things happening that you’re like, ‘Really?!’” he said. “You’re gonna go, ‘I didn’t see that coming...’ I think it’s gonna be one of our best seasons ever, I really do. It’s a bumpy ride, so you need to strap your ass in.”

Season 10 is so entertaining that Captain Lee even ranked it in his top two seasons of Below Deck ever, outranked only by Season 1.

“[Season 1] was all new and nobody really knew what the hell we were doing,” he explained. “Nobody had ever filmed on a boat. We never wired a boat for sound before. I’ve never been in front of a camera, other than, you know, I don’t take selfies, ’cause I’m not any good at it, and it was just totally unique. It gave me a whole new perspective on the industry and how hard the people work and how dedicated they are to their profession, and I’m just very impressed with that.”

Also impressive? Below Deck reaching a 10th season in the first place.

“You know, it’s difficult to get your head wrapped around it,” he said, “because I see actors and actresses and personalities that have actual talent, and I just happen to be a guy that gets filmed doing his job, and I don’t think that anybody expected on Season 1 that it was going to explode into what it has. What, four spinoffs? Ten years for my show, and it’s just like wow.”

Life is better as an Insider
Bravo Insider is your VIP pass to never-before-seen content, exclusive giveaways, and so much more!
Sign Up for Free
All Posts About
Lee Rosbach
Below Deck
Related

Below Deck's Captain Lee on Boatmances