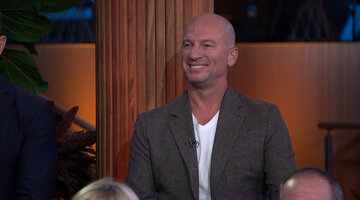 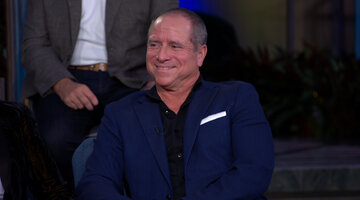 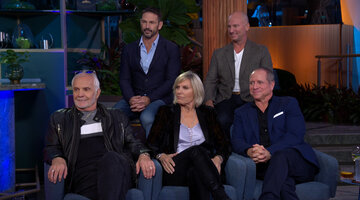 Captain Glenn Shephard has referred to chief engineer Colin MacRae, chief stew Daisy Kelliher, and first mate Gary King as his Below Deck Sailing Yacht “dream team,” but one of the aforementioned crew members wasn’t exactly an angel during BravoCon 2022.

All five Below Deck captains appeared on the November 1 episode of Watch What Happens Live with Andy Cohen, and they revealed a few surprising (and not so surprising) things about their respective crews, other Bravolebrities, and what it’s really like to film their shows.

While playing a game of “Spill the Daiquir-Tea,” Captain Sandy Yawn read a question to Captain Glenn asking who was the “drunkest Bravoleb [he] witnessed at BravoCon.” In the video above, Glenn doesn’t hold back, and he even throws his Below Deck Sailing Yacht first mate under the bus (or… boat?).

“I think it would have to be Gary [King],” Glenn says in the clip.

Host Andy Cohen even acknowledges that the yachtie was “pretty lit” at BravoCon.

Gary may have been enjoying himself throughout the three-day event, but it didn’t mean he was exempt from the hot seat.

During another WWHL taping over the BravoCon weekend, Andy asked if Gary would take Daisy out on a date. After all, fans have been shipping (pun intended) the cast members ever since they made out in the hot tub on Season 3 of Below Deck Sailing Yacht.

Life is better as an Insider
Bravo Insider is your VIP pass to never-before-seen content, exclusive giveaways, and so much more!
Sign Up for Free
All Posts About
Gary King
Glenn Shephard
Below Deck Sailing Yacht
Related
BravoCon 2022

Would Captain Glenn Officiate a Daisy and Gary Wedding?